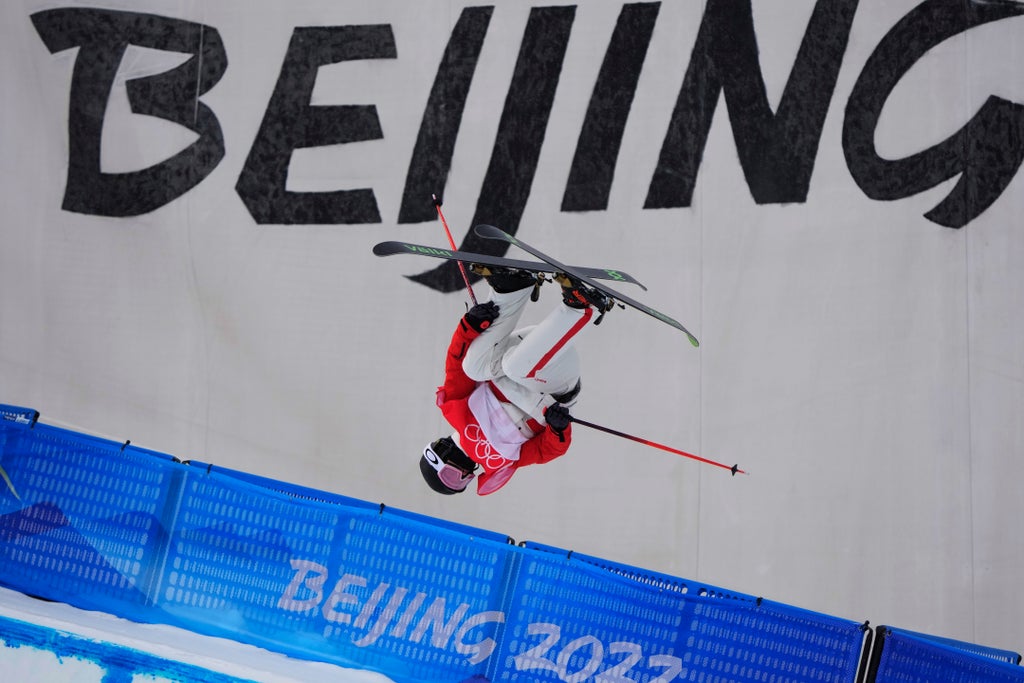 For two weeks and more, China’s stance on questions about its politics and policies has been straightforward: It’s the Olympics, and we’re not talking about these things.

That changed Thursday at the Beijing organizing committee’s last regularly scheduled daily news conference Thursday, three days before the end of the Games. The persistent and polite refusal to answer such questions gave way to the usual state of affairs at news conferences with Chinese officials — emphatic, calibrated answers about the country’s most sensitive situations.

Taiwan? An indivisible part of China. The Uyghur population of the Xinjiang region? Not being pushed into forced labor. China’s sovereignty? Completely unassailable under international norms.

“What I want to say is that there is only one China in the world,” organizing committee spokeswoman Yan Jiarong said, calling it “a solemn position” for China. She referred to other assertions about China’s treatment of Uyghurs and living conditions in the northwestern region of Xinjiang as “based on lies.”

It was only a matter of time before these topics burst at the seams. The run-up to the Games was overshadowed by a diplomatic boycott led by the United States, which centered on China’s human rights record; China was determined to keep the focus only on sports but is also very committed to vigorously defending its stances publicly.

In the final regularly scheduled briefing before the Games close on Sunday, Yan and IOC spokesman Mark Adams were peppered with questions about Taiwan, Xinjiang and the safety of Chinese tennis player Peng Shuai.

Following up on a question about Taiwan’s reported attempt to skip the opening ceremony, Yan asked for extra time to address the status of the self-governing island, which China views as its sovereign territory.

Adams was immediately questioned by a non-Chinese reporter who suggested that Yan, herself, had “politicized” the Games by raising China’s stance on Taiwan. Adams dodged the question.

“There are views on all sorts of things around the world, but our job is to make sure that the Games take place,” Adams said.

A Games volunteer, a young Chinese woman named Wei Yining, got a question she did not expect when a reporter asked if she knew who Chinese tennis player Peng Shuai was and, further, did she believe Peng was safe.

“Well, I am sorry,” the young women replied. “I don’t really know that.”

One reporter asked Adams directly about the IOC’s position on the reported existence of “concentration camps” in Xinjiang, and whether China was using forced labor there. Adams suggested the question was not “particularly relevant’ to the briefing, and then went on to praise the power of the Olympics to unite people.

Yan again made sure China’s view was heard.

“I think these questions are very much based on lies,” she said. “Some authorities have already disputed this false information. There is a lot of solid evidence. You are very welcome to refer to all that evidence and the facts.”

See also  Whose art is it? The keys to cultural plunder