Skip to content
Home News Beate and Serge Klarsfeld, the story of the most famous Nazi hunters comes to the comic 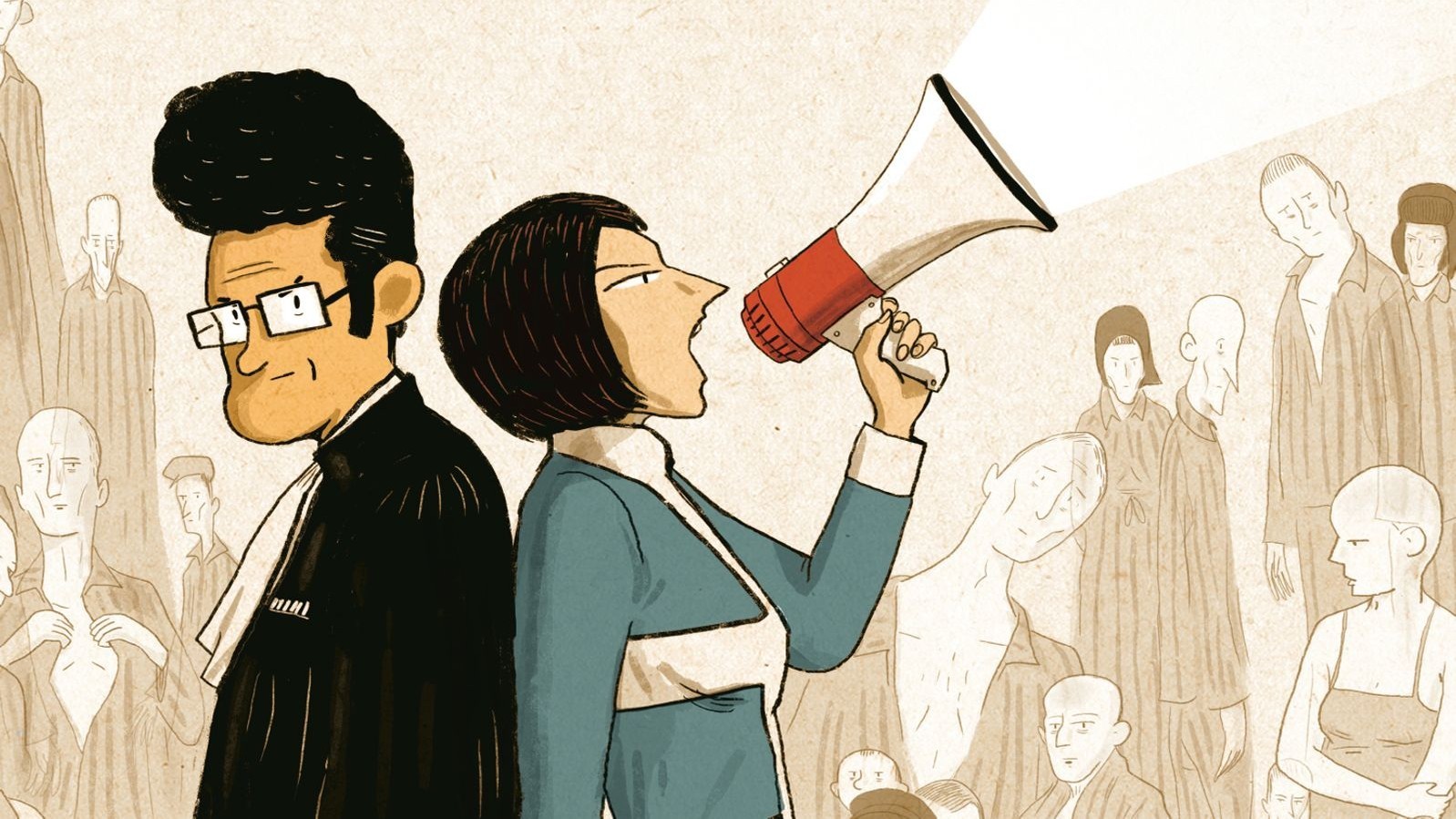 A few weeks ago the film was released in theaters The substitute, from Óscar Aibar, which narrated how senior Nazi officials took refuge on the Costa del Sol after the Second World War, protected by the Franco regime. And the thing is that many Nazi war criminals went off on their heels while European countries decided to turn the page and look the other way. Until they arrived Beate y Serge Klasfeld, a married couple who decided to fight so that war criminals will pay for their crimes. An exciting story that Pascal Bresson and Sylvain Dorange they narrate in the comic Beate and Serge Klarsfeld. A fight against oblivion (Garbuix Books).

A gripping comic that won the Best European Comic Award at the Munich Comic Festival and that I even knowe studies in many French universities and colleges. Because it tells a story that we should never forget.

A work for which its authors have had the collaboration of Beate and Serge themselves, whom they interviewed for several months, and which is an exciting account of that struggle to punish the perpetrators of one of the greatest criminal genocides in history and so that its millions of victims are not forgotten. As the title says, this comic is a “Necessary combat against oblivion”

And, as its authors recognized in an interview with EFE: “This comic also comes to fight against the current increase in denialism and the extreme right. It is very important to talk about everything that has happened in the past and it is remarkable that this comic does not talk about World War II, but rather the postwar period and there are few works that talk about this. “

The World’s Most Famous Nazi Hunters

Drawing on the true story of its protagonists, the comic tells the story of Beate Auguste Künzel (German) and Serge Klarsfeld (French). They both got married after World War II and got engaged together expel all former Nazis from German political life and bring all Nazi leaders to justice. Because many of them continued to hold important political positions in the 1960s.

An exciting fight that led them to travel half the world, chasing hidden Nazis and gathering evidence so that they could be brought to justice, while the rest of the planet preferred to forget and turn the page. They even suffered several attempts on their life of those who were saved by sheer luck, but that never made them leave, not even when they began to have children.

The comic begins in 1968, when Beate Klarsfeld drew international attention by slapping Chancellor Kiesinger (a former Nazi) during a CDU congress in West Berlin and call him “Nazi” in front of journalists around the world.

In 1970, they managed to avoid the nomination of Ernst Achenbach – an official in France during the Nazi occupation and responsible for sending two thousand Jews to concentration camps – as representative of the Federal Republic of Germany in the European Commission, spreading a file that denounced him as a Nazi criminal. And in 1971 they got Willy Brandt, appointed Chancellor in 1969, signed a new Franco-German treaty according to which those responsible for German war crimes in France could be tried in the FRG, ending the impunity that had existed until then.

Despite all difficulties, they managed to denounce and bring to justice many Nazi criminals who had gone out of their way, like Klaus Barbie, who lived in Bolivia under the alias of “Klaus Altmann.” It took them years to gather the evidence and get Barbie to be tried and extradited, but they finally succeeded. He was tried in Lyon, in 1987, accused of the death or extradition of 840 people (including 41 Jewish children) and sentenced to life imprisonment. If it hadn’t been for the Klarsefelds, he would have gone unpunished.

In 1984, Beate also traveled to Chile to try to get General Augusto Pinochet extradite SS-Standartenführer Walter Rauff, who was in hiding in Santiago. But Rauff died a natural death, at the age of 76, before he succeeded.

The comic also narrates the adventures of Beate Klarsfeld in Praguay, where he sought out the notorious Nazi physician Josef Mengele, famous for his brutal experiments with Jewish prisoners and for being one of those who chose those who should go to the gas chambers. He was possibly the most persecuted Nazi but, despite this harassment, Mengele also died a natural death: He drowned after suffering a stroke while swimming on the beach in the Brazilian town of Bertioga in 1979 and was buried under the false name of Wolfgang Gerhard. His remains were exhumed and identified by forensic examination in 1985.

In 1984, Serge and Beate Klarsfeld received the French Legion of Honor, proposed by the president François Mitterrand.

“If the Germans arrest us, I will survive because I am strong, but not you”. Serge Klarsfeld would never forget these words spoken by his father, murdered in Auschwitz in 1943, which would mark his destiny and were one of the reasons that led him to start this crusade against the Nazis.

An essential comic, which It reads like a fast-paced crime novel, but it makes us think about one of the most amazing historical episodes in our history. With an exciting script, based on the testimonies of its protagonists, and some wonderful drawings that reveal two very normal human beings, but that They proved they were true heroes by bringing to justice some of the most fearsome human monsters in history.

See also  New Year's Eve: Ana Obregón tests positive for coronavirus and will not present the chimes of TVE | TV

By the way, the comic ends with an exciting photo album that traces the life of the Klarsfeld family.

‘Alone in Berlin’, the story of two women after the fall of Hitler

To complete the reading of Beate y Serge Klarsfeld we recommend them Alone in Berlinby Nicolas Juncker, also published by Garbuix Books, a book and comic book publisher that prioritizes feminist issues. Also based on the actual testimonies of two women survivors of the war, tells of the friendship between a German and a Russian woman at the end of WWII.

The comic takes us to Berlin, in April 1945. Ingrid is a German civilian who has just emerged from several years of hell under the Nazi regime. Evgeniya is a Russian soldier who has just arrived in Berlin with the Soviet army to authenticate Hitler’s remains. Both keep an intimate journal, which allows the reader to follow the gradual birth of a seemingly impossible friendship..

Nicolas Juncker portrays a beautiful friendship, as well as a city where everything needs to be rebuilt, at the same time presents women as the inevitable victims of all wars, whatever your side.

An history about two women who should be enemies but that they are much more united than they themselves believe, because both are victims of a war caused by men. Thus, the German woman suffers the revenge of the Soviet soldiers, who rape her every day, While the Russian will helplessly assist these abuses since, although it is supposedly a “companion” of the other soldiers, in reality they have it little less than a pet. And although she tries to do things in a humane way, her military leaders only see her as a woman to whom they owe no respect.

The story of the impossible friendship between two women with the gripping background of the search for Hitler’s remains, the trophy that the Russians needed to end the war.

Two comics that make us reflect on the horrors of World War II and that they should be required reading in colleges and universities.