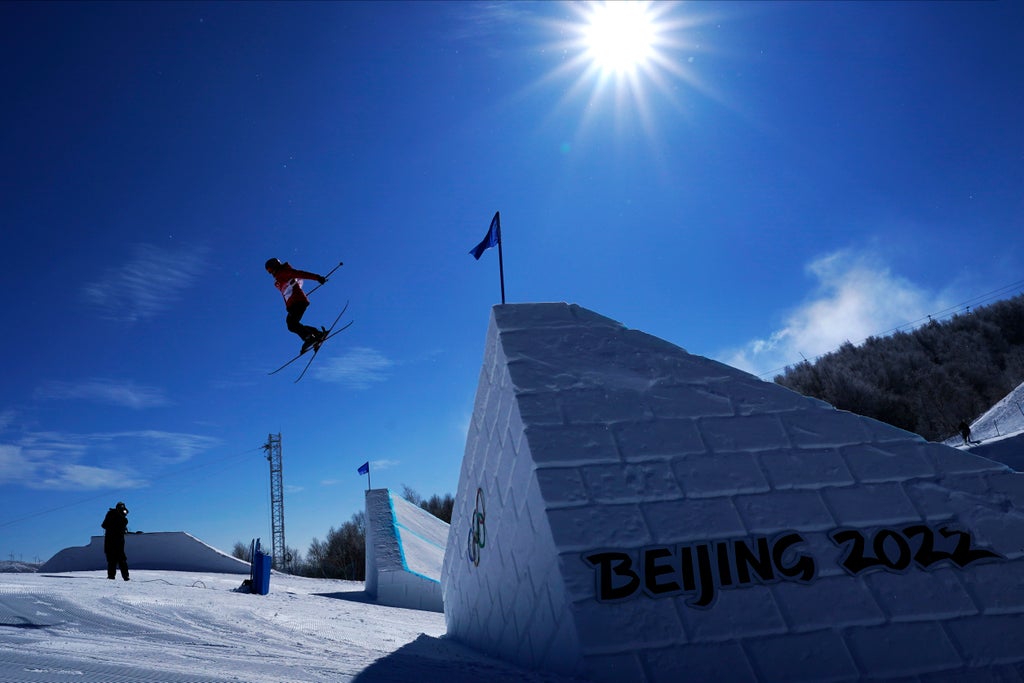 The Beijing Winter Olympics are underground. They will run through Feb. 20. Find our latest plans in Coverage Plan. For the latest stories, video and photos, visit the Olympics hub in AP Newsroom. For access to AP Newsroom and other technical issues, contact [email protected] or call 877-836-9477.

Here are AP’s coverage plans for Tuesday. All times are Eastern.

GU’S CHOICE: The American-born superstar skier’s decision to compete for China rather than the country of her birth raised eyebrows stateside, but a closer look at Eileen Gu’s family’s history, and at the changing nature of the Chinese emigre community in the US, might cast her choice in a slightly different light. By Janie Har and Sarah DiLorenzo. UPCOMING: 1,300 words by 1 am, photos.

DOPING-THE DISTRACTION: Those first few days of the Beijing Olympics, the questions came hard and fast: Uyghurs. The closed loop. Jack Ma. Appeasing a dictatorship. Then came the Russian doping scandal. Now, the IOC is buried in details about drug tests and legal procedure. Was the dog wagged? By Stephen Wade. UPCOMING: 900 words by 6 am, photos.

TIBET AND THE OLYMPICS: Fourteen years ago, when China hosted its first Olympics, foreigners filmed deadly clashes between Tibetans and security forces. News of the violence ricocheted online, fueling protests, hunger strikes and self-immolations in Tibetan areas of Sichuan Providence, and in the Tibet Autonomous Region itself. Today, another Olympics is here. And — politically, at least — Tibet has fallen silent. By Dake Kang and Sam McNeil. UPCOMING: 1,600 words by 12 am, photos, video.

BEIJING-THE SPECTATORS: Who’s watching these Olympics? How do they get in? By Sam McNeill. UPCOMING: 700 words by 3 am, photos.

OLY–SBD-WOMEN’S BIG AIR — Anna Gasser tries to repeat as the gold medal winner in the women’s snowboarding Big Air. The event made its Olympic debut four years ago in South Korea and returns at the Big Air Shougang venue in Beijing. By Jake Seiner. UPCOMING: 800 words, photos. Competition starts at 8:30 pm Monday.

OLY–NOR-NORDIC COMBINED-LARGE HILL — Johannes Rydzek and Eric Frenzel are hoping to help Germany sweep the podium in Nordic combined on the large hill as they did at the 2018 Olympics. By Larry Lage. UPCOMING: 650 words, photos. Competition starts at 6 a.m.

OLY—BOB-TWO MAN—Francesco Friedrich is the leader entering Tuesday’s final two runs of the two-man competition. Germany enters the second day of the event holding three of the top four positions. By Tim Reynolds. UPCOMING: 600 words, photos by 10 am

OLY—BIA-MEN’S RELAY — The rivalry between Norway and France continues Tuesday as the men compete in the four-person relay, but Sweden has won gold in the past and could challenge the individual leaders. UPCOMING: 500 words, photos. Competition starts at 4 a.m.

OLY—NOR-NORDIC COMBINED-LARGE HILL — Johannes Rydzek and Eric Frenzel are hoping to help Germany sweep the podium in Nordic combined on the large hill as they did at the 2018 Olympics. By Larry Lage. UPCOMING: 650 words, photos. Competition starts at 6 a.m.