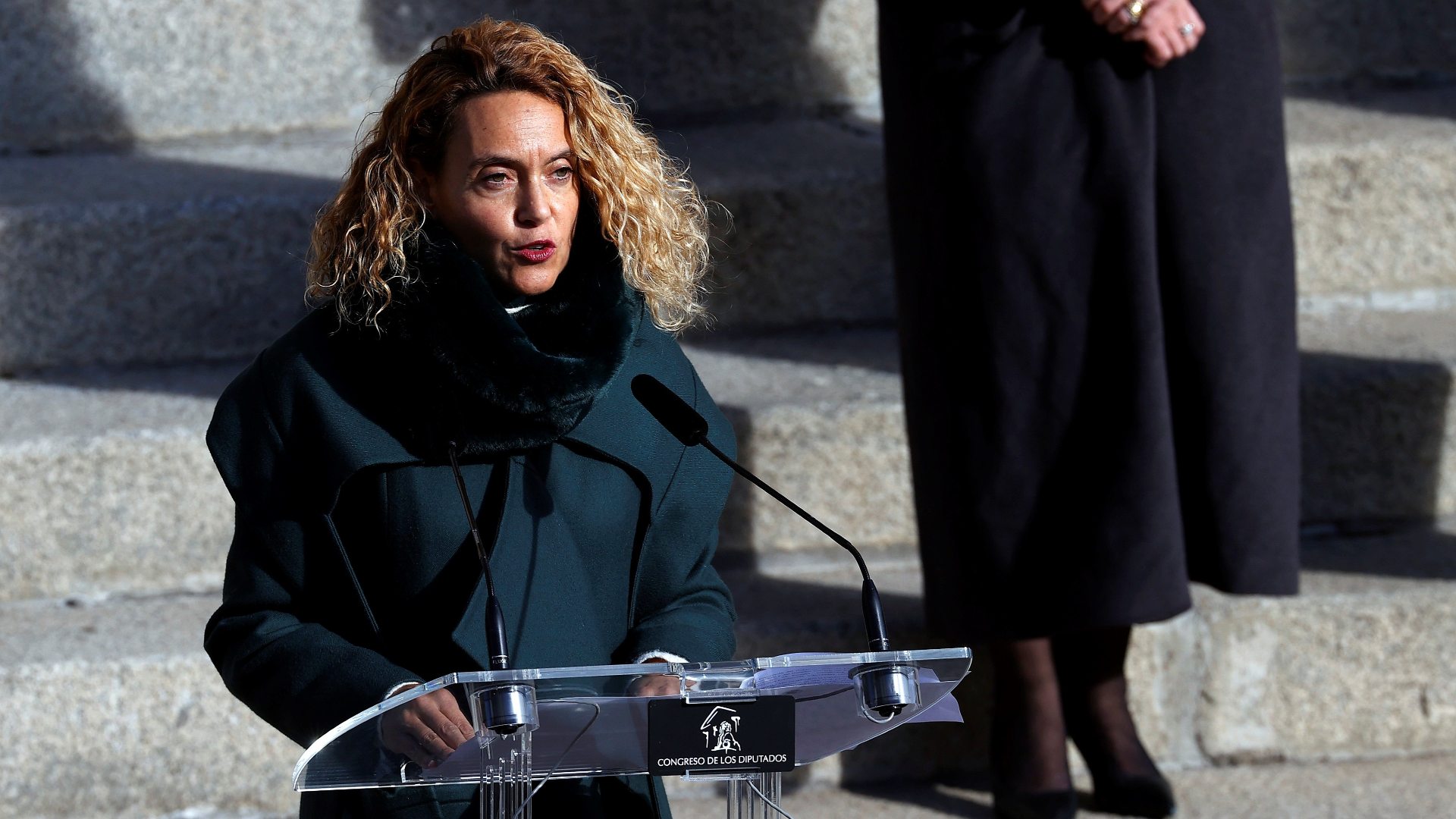 The president of the Congress, Meritxell Batet, has claimed “loyalty” to the Constitution, and he has reminded the parties that all his articles are of “unequivocal compliance”, while he has warned of the “dynamics of confrontation” in the Lower House. He said it this Monday in his speech on the steps of the Puerta de los Leones on the occasion of the 43rd anniversary of the Magna Carta.

Batet has addressed the political parties in particular to remind them of their central role in coexistence, and has asked them for responsibility, since he has stressed that “the risks” that the Magna Carta has “are not external” and has ensured that the behavior of training is essential to strengthen democracy and the constitutional system. For this reason, it has vindicated the agreement between parties.

For the second consecutive year, on the occasion of the coronavirus pandemic, the anniversary of the Constitution has been celebrated on the steps of the Puerta de los Leones. Usually the institutional act that Congress hosts every December 6 on the occasion of Constitution Day used to take place in the Hall of Lost Steps. But this year, with the bulk of the population vaccinated, although in the middle of the sixth wave of the pandemic, it has been decided to celebrate the event outdoors again.

Along with her, the President of the Government, Pedro Sánchez, and the presidents of the Constitutional Court, Pedro José González-Trevijano, and of the General Council of the Judiciary, Carlos Lesmes, were present. The presence of the president of the Senate, Ander Gil, was also expected, but this Thursday he tested positive for coronavirus and suspended his public agenda.

On the same staircase and on both sides of the lions will also be the members of the Tables of Congress and the Senate and the spokespersons of the parliamentary groups of both Houses, as well as the ministers.

Also invited to the event are representatives of institutions such as the Ombudsman, the Court of Accounts, the State Attorney General’s Office and the State Council, the presidents of the autonomous communities and cities and the mayor of Madrid, José Luis Martínez Almeida.

The list also includes, as usual, the president of the first opposition party, Pablo Casado, as well as deputies and senators, former presidents of the Government and the Chambers, constitutional speakers and a representation of social agents and society civil.

The absences of the Government partners

Despite having been invited, Esquerra Republicana (ERC), the PNV and EH-Bildu, regular parliamentary partners of the PSOE Government and United We Can, have not attended the official reception this year, and neither have Junts, the PDeCaT , the CUP, Compromís or the Bloque Nacionalista Galego (BNG), confirmed to Europa Press in sources from these parties.

In recent years, ERC, PNV, Bildu and Junts have been low in this tribute, but already in 2019 the CUP, which debuted in Congress after the last general elections, and the BNG, which returned to the Lower House after several years without representation.

Those who have not been absent are representatives of the groups of the PSOE, PP, Vox, Ciudadanos and Unidas Podemos, and also the presence of several representatives of the Mixed Group, of which, apart from the CUP, the Canary Coalition, the People’s Union are also part Navarro, the Cantabrian Regionalist Party, Nueva Canarias, Foro Asturias and Teruel Exists. Inés Sabanés has also attended on behalf of Más País-Equo.

See also  The IBEX loses 3.7% in a fall in European stock markets due to the crisis in Ukraine

Among the regional presidents who participated in the event, the head of the Xunta, Alberto Núñez Feijóo, and the president of the Community of Madrid, Isabel Díaz Ayuso.

This year’s event in Congress will take place just two days after Congress has reopened its doors for citizens to visit its facilities, with the corresponding sanitary restrictions. In 2020, this activity was suspended due to the evolution of the second wave of Covid.