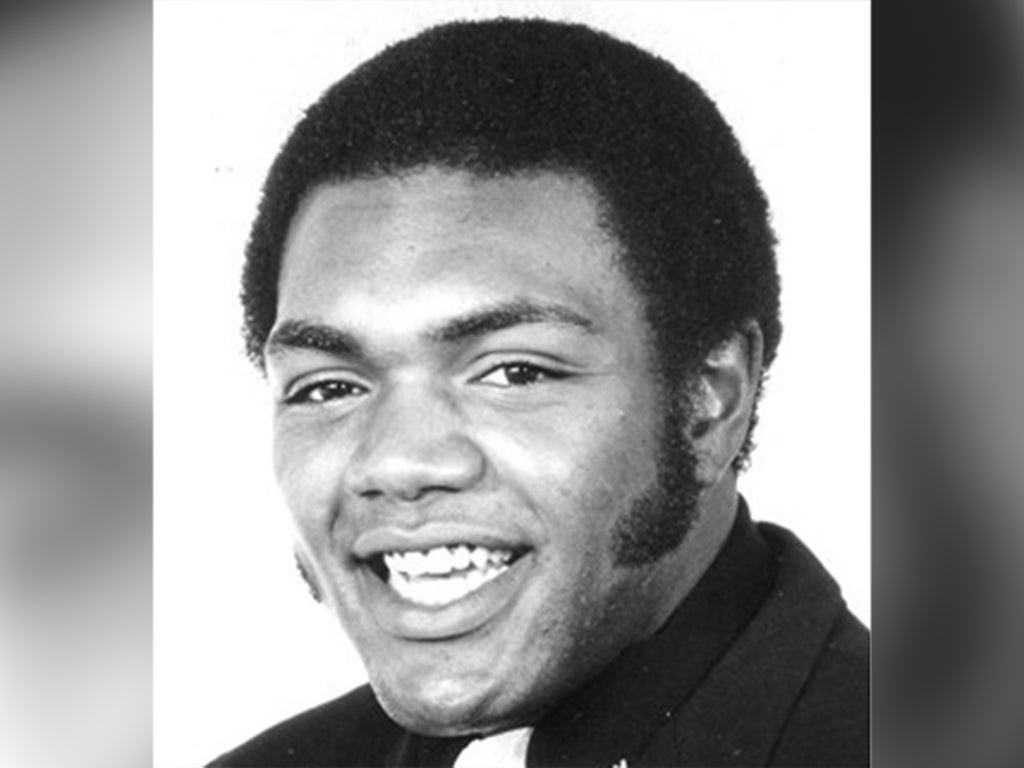 Basketball legend Gene Ransom has been shot dead in a suspected road rage incident along a California highway, according to his family.

The 65-year-old, who is recognized as one of the greatest point guards in California basketball history, was found dead at the wheel of his car on Interstate 880 on Friday evening.

California Highway Patrol (CHP) said officers arrested Juan Angel Garcia, 25, on suspicion of his murder at around 10am on Saturday morning.

Officials have not publicly released the identity of the victim but friends and family confirmed to KPIX that it was the hall of famer and revealed that he was driving to pick up his girlfriend at the time of his killing.

The Independent has reached out to California Highway Patrol for confirmation.

Police said CHP officers were called to reports of a single vehicle crash on Interstate 880 in Oakland at around 5pm on Friday.

They arrived on the scene to find a man with a fatal gunshot wound inside a black Honda Civic on the highway.

Investigators said they believe Mr Ransom was traveling northbound along the highway when Mr Garcia pulled up on his left side in a black Lexus and opened fire.

The victim was struck at least once and his car swerved into a guardrail before coming to a stop in the road, police said.

Police said they believe the shooting was targeted and that the motive appeared to be road rage.

Mr Ransome’s friend and former teammate Doug Harris told KPIX that the 65-year-old was headed to pick up his girlfriend at the West Oakland BART station when the shooting unfolded.

He said she was waiting for him for hours “not knowing that he had been murdered”.

Mr Harris described his friend as “a heroic figure that was loved by everyone” and who had spent years working with children to try to steer them away from gun violence.

“The very thing that we worked so hard for is what took him away. It’s really tough for me as I reflect back,” he said.

“We are deeply shocked and saddened. Our hearts are with Gene’s family and friends,” tweeted BHS Athletics.

Cal Athletics described him as “one of the greatest players” in its history.

“We are shocked to hear the reports that Cal Athletics Hall of Famer Gene Ransom has been identified as a victim in a deadly freeway shooting,” it said in a statement.

“Our thoughts are with Gene’s family and friends for this tragic loss.

“Gene was one of the greatest players in our men’s basketball program’s history and he will be greatly missed.”

Mr Ransom shot to fame in the 1970s when, despite being just 5 foot 9 inches tall, he scored over 1,000 points as a point guard for the University of California at Berkley’s Golden Bears.

He started all three seasons on the team and scored at least 30 points in multiple games with an average of 14.8 points in more than 80 games.

See also  Reyes Maroto, after the agreement to call off the strike in Cádiz: "Everyone wins" | Hour 25

In 1979, he was signed by the Golden State Warriors but never played a game in the NBA.

He was inducted into the Golden Bears sports hall of fame in 2001.

Mr Ransom’s death is just the latest in a string of shootings along California highways in recent months.

That incident came after toddler Jasper Wu was shot and killed by a stray bullet while he was sleeping in his mother’s face along Interstate 880 in November.

The 23-month-old was about to celebrate his second birthday the next month and meet his father for the first time after his parents were separated by the US’s Covid-19 travel ban.