Skip to content
Home News Bars and liquor stores removing Russian drinks in protest at Ukraine invasion: ‘I guess this is our sanction’ 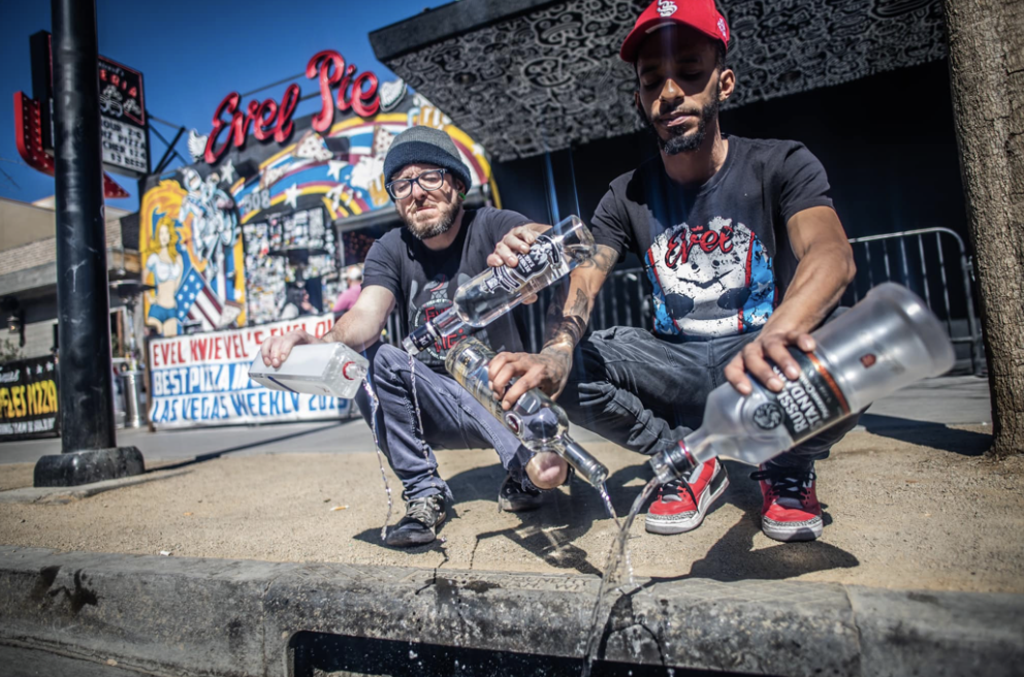 Bars and liquor stores across the United States are removing Russian vodka from their shelves in solidarity with Ukraine.

Evel Pie pizza restaurant in downtown Las Vegas has poured out all of its Russian vodka supplies and is selling $5 shots of Ukrainian vodka, with all proceeds going to help humanitarian efforts.

Founder Branden Powers told The Independent it was his way of “doing our part with what little we have to help the Ukrainian people”.

“We hope this sparks others around the world to do the same,” he said.

“We are 100 per cent focused against Putin and not the wonderful people of Russia. Leaders like Putin no longer have a place in modern society.”

Mr Powers said a customer had bought the vodka disposed of by the bar, and the money had been donated to charities working in the Ukraine.

In Wichita, Kansas, the Jacob Liquor Exchange pulled Russian spirits from its shelves on Friday.

“I think the whole world knows by now that Russia’s at war with Ukraine for no apparent reason,” the store’s director Jamie Stratton told KIRO 7.

Follow live coverage of the Russian invasion of Ukraine

Mr Stratton said they would still sell the items if a customer requested them, but they wouldn’t be on display. They now plan to stock Ukrainian vodka instead.

“I guess this is our sanction,” he said.

The Magic Mountain ski resort in Vermont posted footage of a bartender pouring Stolichnaya vodka down the drain.

“Sorry Stoli lovers. No more,” the resort wrote in a tweet.

At Bob’s Bar in Grand Rapids Michigan, they have also removed bottles of Stolichnaya from sale.

It’s not gonna cause Vladimir (Putin) to move out of Ukraine,” Mr Quay told the station.

“But yeah, it’s a small statement on behalf of this local bar here. It’s what I can do.”

On Twitter, hundreds of people have begun using the hashtag #boycottrussianvodka in response to Russia’s invasion, which has claimed hundreds of civilian lives.

The United States, European Union and dozens of other countries have imposed sanctions on Russian banks, politicians, and exports.

In Canada, the Ontario Finance Minister Peter Bethlenfalvy said the state would order the removal of Russian spirits in protest at the invasion.

“Ontario joins Canada’s allies in condemning the Russian government’s act of aggression against the Ukrainian people, and will direct the (Liquor Control Board of Ontario) to withdraw all products produced in Russia from store shelves,” Ontario Finance Minister Peter Bethlenfalvy tweetedalong with the hashtag #StandwithUkraine.

Ontario joins Canada’s allies in condemning the Russian government’s act of aggression against the Ukrainian people, and will direct the LCBO to withdraw all products produced in Russia from store shelves.
#StandwithUkraine

“The people of Ontario will always stand against tyranny and oppression,” Mr Bethlenfalvy added.

See also  When does the Qatar 2022 World Cup start and where is the end?