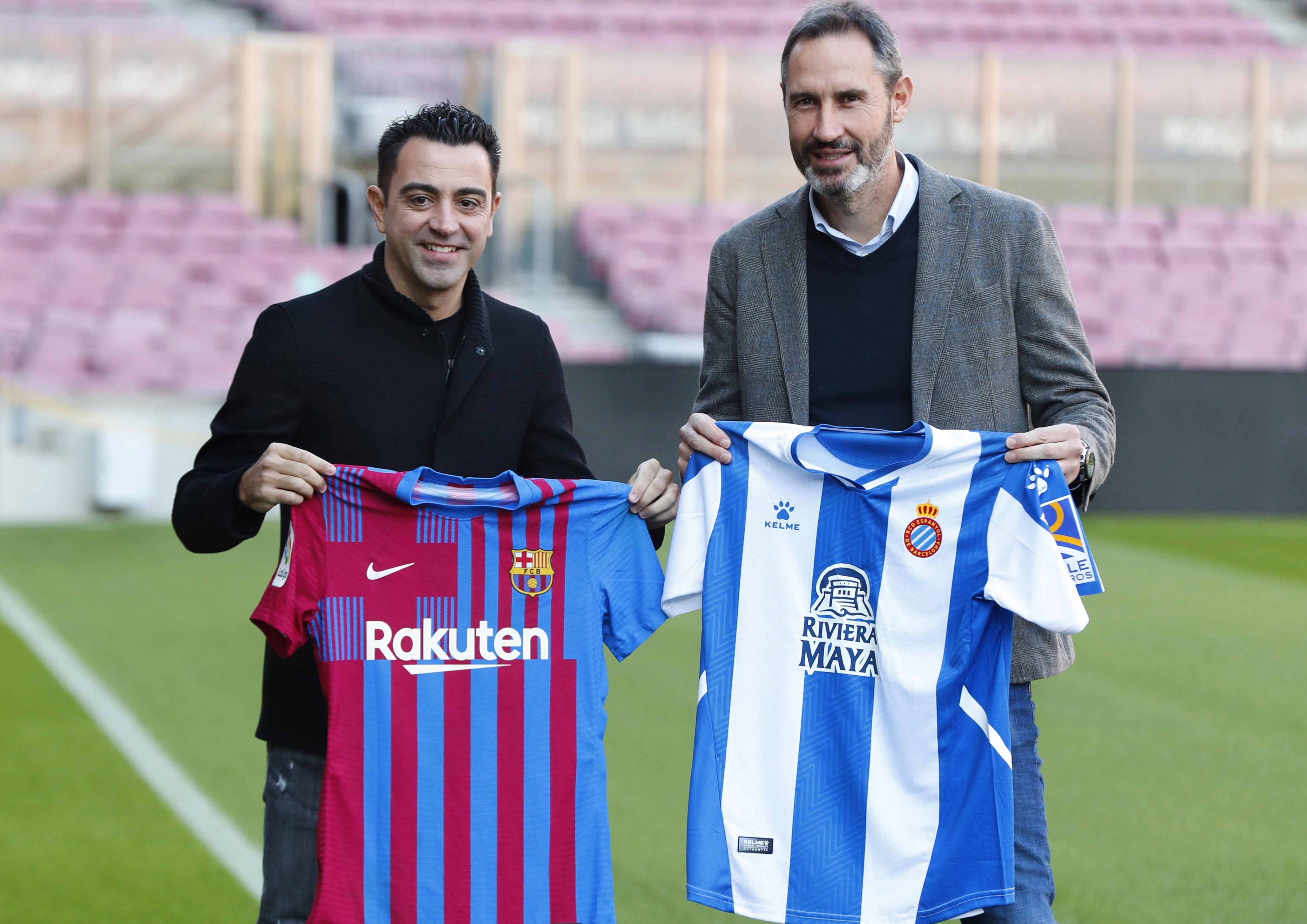 The derby arrives at the Camp Nou at a good time (21.00, Movistar). Barça and Espanyol are even on points in the League, although the Barça players have a pending match in Seville, and the Blue and Whites’ expectations of winning in a stadium that has eluded them since 2009 are as understandable as the desire that the Barça fans have to enjoy. of a spirited and victorious debut for Xavi.

The arrival of the coach and former captain has stimulated a Barça team still stunned by Messi’s departure and disconnected by Koeman’s recurring speech. The Dutch coach’s exercise in realism has been replaced by the machine of illusion that now no longer feeds only President Laporta but also Xavi himself and even a 38-year-old footballer who will not debut until January as is Dani Alves.

The fans have left home to entertain the presentations of the prodigal sons and it is assumed that they will attend the derby in good numbers after a few days of decline, frightened since the defeat against Madrid. There is a consensus coach and an idea that works as a slogan waiting to be tested on the pitch, especially in demanding matches such as Espanyol’s visit is supposed to be.

“We have been very hard on the footballers when it comes to transmitting what we want,” argues Xavi in ​​a serene, convincing speech that generates confidence. “I feel calmer than when I was a player,” he adds. “The pressure is on me. The sensations are good. You cannot fail. We have to win until we fight for the titles. We’ll see how far we go ”, Xavi concludes.

The plan is not easy to apply if one takes into account Barça’s list of injured, aggravated by the relapses of Pedri – it is estimated that he may be absent for a month – and Dembélé. It will be difficult for the coach to bet on playing with two wingers if he barely has three forwards and the intended intensity remains to be seen after the team lapses in both areas, especially in his own, since he has conceded more goals than Espanyol: 15-13. Xavi does not renounce in any case to order, position and better guide Barça.

There is excitement at Barcelona and also at Espanyol. Although they have not yet won in the opposite half, the Blue and Whites defeated Madrid and only lost in the extension against Atlético after one of the longest games in the League. Moreno’s team plays in a compact way, it works as a solidary and worked block and has players on a streak like Raúl de Tomás.

The forward has just made his international debut and has scored in the last five days: seven goals in total, one more than Barça’s Memphis. The dynamism of Darder and the daring of Embarba stand out for the rest in a team without great defects or great virtues, very coral and in clear progression since July 2020, when they signed the relegation in the match played precisely at the Camp Nou.

Espanyol’s line has been rising in the same way that Barça has fallen even from the Champions zone. Faced with two opposing trajectories, the Blue and Whites aspire to break the streak of bad results in the Barça fiefdom: 11 visits without scoring and a last victory that dates back to the times of Lo Pelat, February 2009, when De la Peña scored both goals – one of head – of the bottom in Guardiola’s house.

Messi absent, blue and white nightmare, author of 25 goals in 35 games, Moreno is only worried because he does not know “with which Barcelona” he will find after the change on the bench, now busy with an unprecedented coach in the League after his experience in Qatar. Xavi will make his debut as a coach in a derby like Cruyff in 1988. On September 3, Barça won 2-0 and the new feature was called Milla. There is expectation to see what Xavi will do. The derby comes in good time, both teams ready to take advantage of their fever point at the recovered Camp Nou.