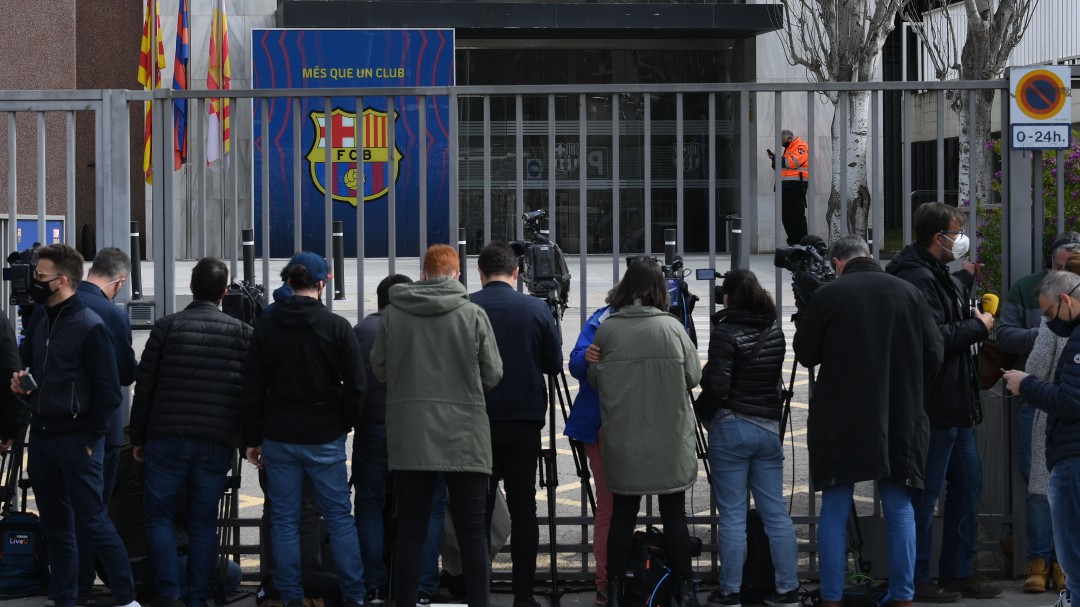 The ‘Què t’hi Jugues!’ has had access to a report that Barça has presented to the court, already with Joan Laporta in the presidency, which is based on making allegations to the external audit of Pricewaterhouse Coopers (PwC) that Bartomeu commissioned when the social media scandal broke out. According to this Barça report, there are “gaps, weaknesses and dualities in this audit commissioned by those investigated, but paid for by Barça, as well as flagrant omissions”, such as, for example, that only 4 of the 6 pages are analyzed in the PwC audit of Facebook that came to light with the news of SER Catalonia.

According to this report, Barça believes that the main issue that should have been investigated is “the use of club money to discredit rivals and benefit the personal image of the president and certain managers”, a concept that does not appear in the PwC audit . It also questions the thesis that the hiring of I3Ventures services was the result of the attacks that the club received as of October 1, 2017: the Barça lawyer does not see “the relationship of this fact with discrediting journalists, candidates, footballers and other critics “.

And this letter from Barça’s lawyers also makes reference to the question of whether the price paid for these services is aligned with the market. The Mossos d’Esquadra estimated, at the time, the financial loss of Barça between 843,300 euros and 1,220,770. Barça’s lawyer considers that there could be more for two reasons: first, because most of the club’s departments, with the statements made by some witnesses, have shown that the work that was done was not “useful” according to the workers themselves. of the Barça. And second, because PwC’s own external audit was paid “with financial resources from the club to try to justify its irregular way of proceeding” and, therefore, to defend the interests of those investigated, which would be an added damage. The cost of the PwC audit exceeded 400,000 euros.

Finally, the Barça lawyer says in this report that he reserves the right to propose a contradictory expert and / or technical evidence on the market value that was stipulated from these Nicestream reports that, according to this version, “were from the account and interest of those investigated “

The statements of the witnesses before the investigating judge began this week and will continue during the month of December. So far three witnesses have testified. Jaime Malet, owner of TelamPartners and an intermediary between Barça and I3Ventures, declared on Tuesday that the former president of Barça had no knowledge of the content broadcast by the accounts on social networks and that the person in charge was Carlos Ibáñez, president of Nicetream and owner of I3Ventures . On Wednesday, the I3Ventures worker Víctor Vallès declared, according to legal sources of the defense and the prosecution, that Carlos Ibáñez was the ideologist of the project with Barça, and that he transmitted to the company’s employees that the main idea was to create profiles on social networks to counter negative opinions against Bartomeu, his board and Barça, defameting people who were critical of the club’s management. It also acknowledges that a profile on Twitter called ‘Jaume de Terror’ was created to attack Jaume Roures, owner of Mediapro, and that after being suspended by Twitter rules, Vallés himself was in charge of creating a second profile to attack the businessman . Defense sources acknowledge that Roures was one of the targets to attack. Therefore, the statements make it clear that there was an order to create profiles on the networks to attack critics with Bartomeu and his management, but they do not show whether the order to defame was the initiative of Carlos Ibáñez or came from the former president of Barça or his right hand Jaume Masferrer.

Vallès also explained that, before Barça hired the services of I3Ventures, this company had also worked with the Catalan Civil Society platform against independence, and that the strategy had been exactly the same as that they would later carry out with Barça.