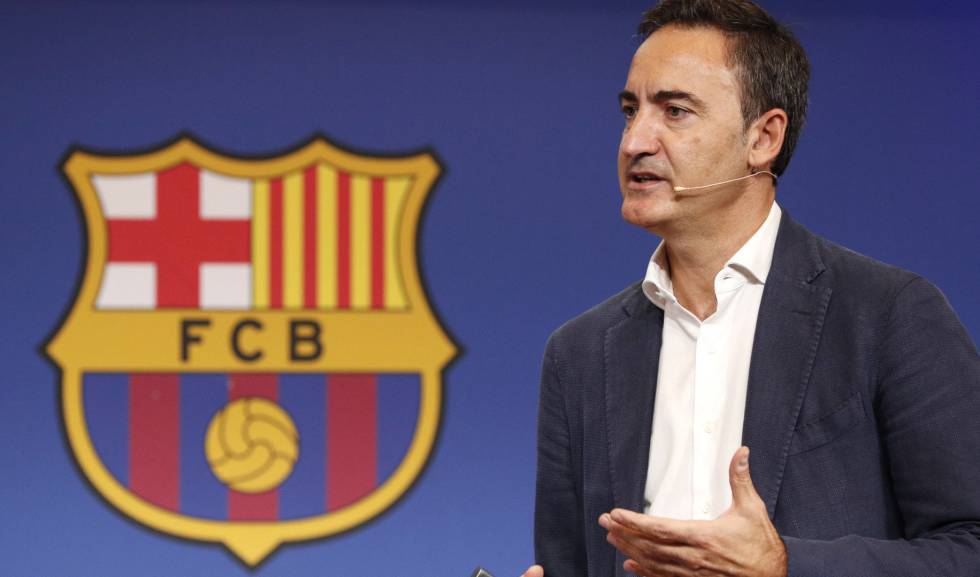 Barcelona will play outside the Camp Nou in the 2023-2024 season, if on December 19, in the first telematic referendum in the club’s history, the members of the Catalan entity ratify Espai Barça, the remodeling of the stadium and the sports area around it. A project that will have a cost of 1,500 million euros, already approved in the last assembly of delegates on October 23. “What will happen if the partner votes no?”, They asked Ferran Reverter, general director of Barça. “I do not want to be catastrophic, but it would be very bad for the club. The stadium is in very bad condition. The Benfica game cannot continue to happen. Some spectators suffered waterfalls as a result of the rain. That is intolerable. Our partner will understand and support the decision, ”Reverter responded.

The idea of ​​the club is to start the works in the 2022-2023 season. In this first stage, work will be done on the new stadium, but the team will be able to continue competing at the Camp Nou. The following year, Barça will have to move. “We would make a system a bit similar to that of Athletic. It would be rotating for the partners. At first we would not touch the tribune part. We are still evaluating where we will go to play the second year, “explained the CEO. The first team will be able to return to the Camp Nou from the third season of works, which, in principle, will last four years. “We will not leave the urban circle of Barcelona. One option is that of Montjuïc, but we are evaluating internal options and we want to play as much as possible at home, ”said Reverter.

Joan Laporta’s board of directors understands that the club cannot delay the start of Espai Barça any longer. “Many clubs have been doing their homework around the world. And in Spain seven of the nine stadiums with more than 40,000 spectators have already been refurbished ”, said Reverter, referring to the fields of Athletic, Real Sociedad, Espanyol, Atlético de Madrid, Betis and Sevilla, to which is added that of Real Madrid, which is already in the final stretch of the works.

“We are more than 15 years late. In 2003 it was already proposed. The club has received more than 9,000 million, but practically nothing has gone to transform our infrastructures, which are essential for the viability of the club, “said Reverter. The Barça, in the last years, invested 145 million in the demolition of the Mini, the construction of the Johan Cruyff and in small works in the Camp Nou. “If we want to develop future projects, we must invest in Espai Barça. The important thing is to have a great project, the money we will go to look for. We want to ask for 1,500 million euros to be returned in 35 years. The first five, of lack. It will not begin to pay until the works are finished ”, explained Reverter.

The Barça executive also trusts in closing an agreement of naming rights (give the stadium a commercial name): “It is better to close them as soon as possible because it gives you credibility. The subject is quite advanced. We are considering different offers, ranging from 10 to 20 years. It will be approximately 400 million ”.

According to the Barça general manager, Barcelona will earn about 200 million extra per season thanks to the new stadium. 67% more than what the Camp Nou generates today. “It is a moderate expectation,” he insisted. Arsenal, for example, thanks to the remodeled Emirates increased its turnover by 200%. Bayern, on the other hand, 50%. The German club, however, built its home on the outskirts of Munich. “Being in the center we generate money on match day, but also during the week. There is the Museum, the store and a gastronomic space ”, concluded Ferran Reverter.