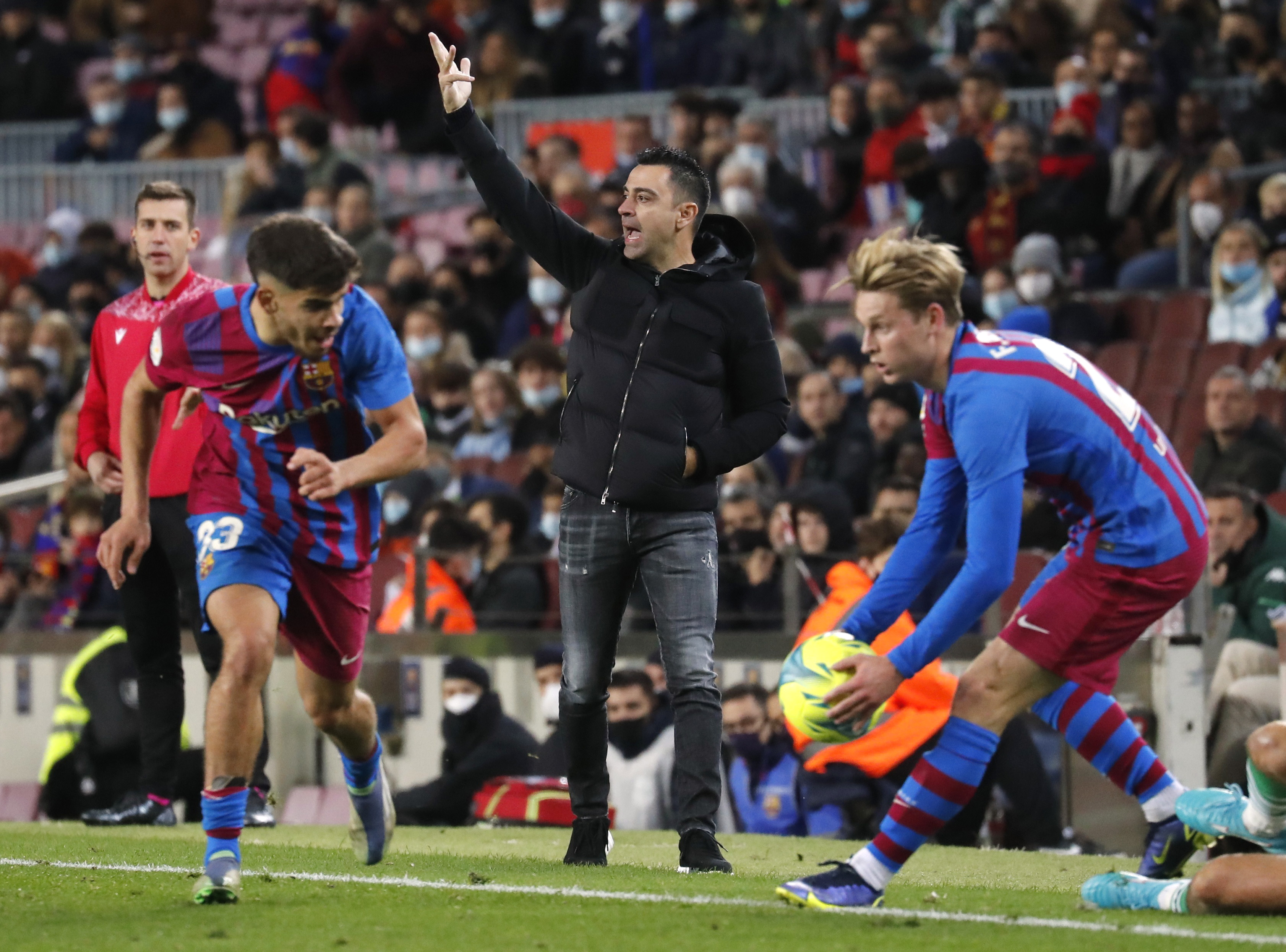 Barça goes hand in hand with Madrid in their challenge to the League and UEFA. Both aspire to show that they are better intermediaries than Javier Tebas to improve the income of Spanish football and that the Superliga is a necessary good after the Champions League has become obsolete: “We must still remind UEFA who Madrid is,” he proclaimed. Florentino Pérez in the last assembly of Madrid members. And silence was imposed at the Camp Nou.

The Barça club is bankrupt and, nevertheless, it boasts of power due to its record and the impact of the Barça brand. He is not a bad traveling companion if he attends the last Ballon d’Or gala in which Alexia Putellas and Leo Messi were awarded. Goldman Sachs is willing to finance the 1,500 million necessary for Espai Barça that will be voted on on 19-D. Barça fans need a new Camp Nou.

It is also known that the top Barça executives traveled to Manchester to negotiate the signing of Ferran Torres. The list of possible incorporations reaches even Erling Haaland. Inertia still works in the club’s favor after routine ended with the team the day Messi was resigned. There is no money and financial fair play prevents Xavi’s workforce from being strengthened properly.

However, Barça does not renounce appearance, convinced that it will come out of the scorched earth left by the directive of Josep Maria Bartomeu, still pending to be judged by the Barçagate. The business wheel is only activated anyway with the ball and today Barcelona is an offside team in the League, six points from the Champions zone and 16 from Madrid, and that on Wednesday it is played in Munich to continue in the Champions.

The challenge is enormous because the problem is structural and surpasses any coach no matter how much consensus it generates, such as Xavi. The limitations are extreme from the economic and sporting point of view because there is hardly any possibility of improving a group whose maximum aspiration is to be among the top four in the classification, beaten down by Betis, surpassed by Rayo and away from Real, Atlético , Seville and Madrid.

The defensive concessions, manifested in Juanmi’s goal against Betis, do not subside, and the offense does not improve after losing 58 goals with the exits of Messi and Griezmann. Up to seven games out of 20 have ended with the score to zero and only 25 goals have been counted in total, two in five Champions League appointments.

Braithwaite and Ansu Fati’s injuries have put the spotlight on Memphis. The Dutchman has performed as a soloist, scoring eight goals, and on the other hand, he does not respond to the profile of a center forward assigned by Xavi. Memphis is not a striker but a second striker who likes to start from the left and not from the position of 9. He did not dominate the sender-receiver relationship against Betis.

Memphis slowed down the game, touched the ball too much, unloaded the ball late, did not combine or deepen quickly, so that his game was more complicated than natural, probably because the coach decided to condition the offense to enhance the arrival of midfielders like Nico , Gavi or Coutinho. Memphis is not an exceptional player but an excellent complement footballer in a disfigured team.

Young people lack a job and veterans have plenty of games, even if a better midfielder than Busquets is not noticed. Football is gusty and discontinuous, control of the game is not assured, pressure tends to be out of sync, areas are not dominated and it is no longer enough to expand the field from extremes like Dembélé. The team can be faced with emergencies, the need to win and the obsession to appear in the Champions League.

Anxiety about running, even if it is to show that he is finally training, has not improved the results. A player who makes a difference after getting used to Messi is also missed. Barça has no choice but to renounce virtuality and assume a reality that takes them away from titles and trophies to compete for the qualifications in the League and the Champions League.

Embracing delusions of grandeur on the other hand would pose a risk for a new coach like Xavi, who arrived at the beginning of the season and found a squad made and conditioned by austerity. Like Gavi, Nico or Pedri, Xavi aspires to conquer the world with legitimate ambition and also ingenuity, a detail that should not go unnoticed by Joan Laporta. One thing is what the club needs and another is what the team can provide.