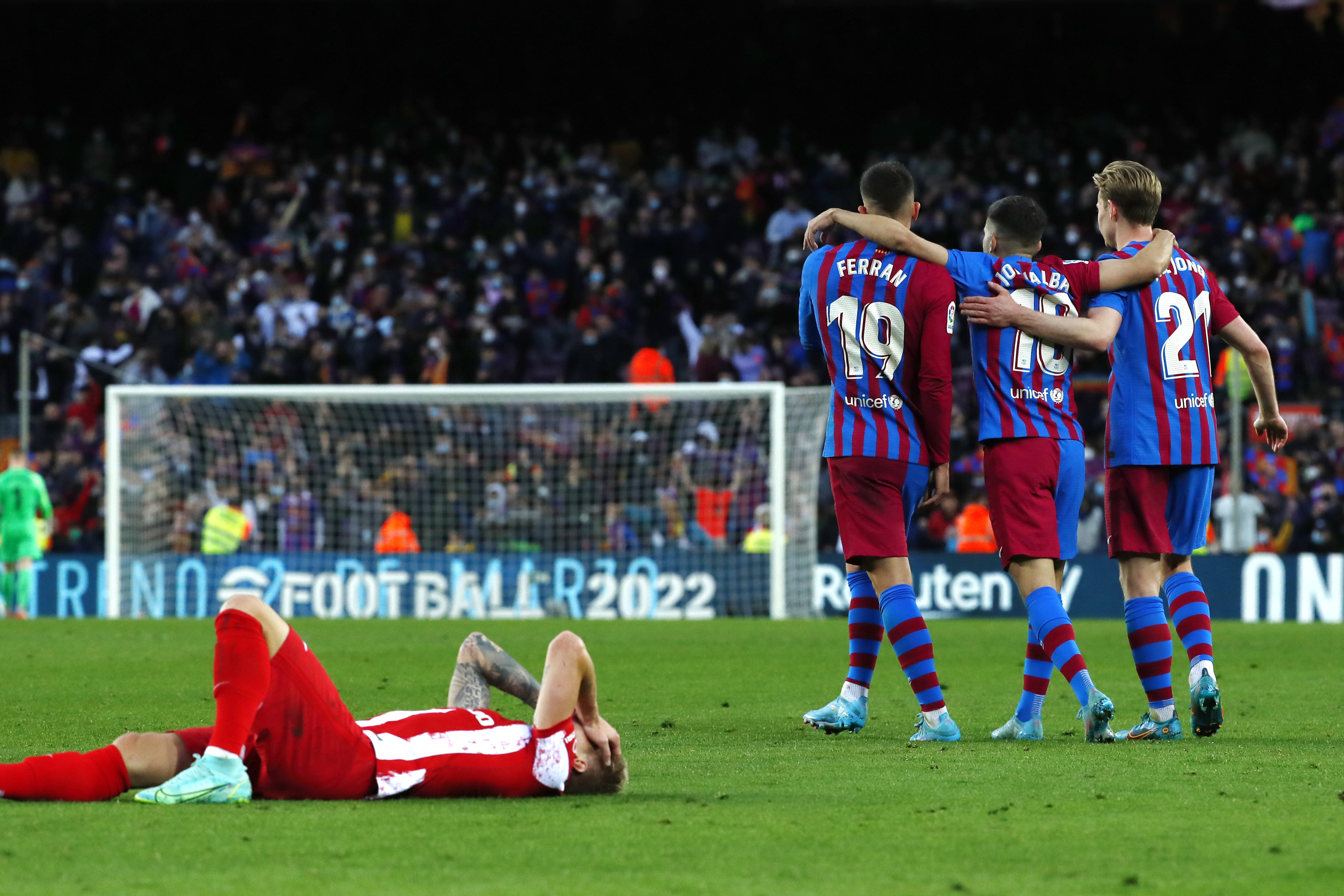 On the road map that is the season, some games officiate as crossroads. Barça-Atlético de Madrid claimed this condition. For the first time in a long time, Simeone’s team, champion of the last edition of the championship, was concerned about the possibility of abandoning its position among the top four in the League, the basis of its sustained progression up the sporting and economic ladder of European football. Without the Champions League, the economy is decimated and so is the team. Barça faced the match in the same state of need – play the European Cup or fall into the abyss – but with the feeling of entering hostile territory.

Everything that was known about Barça before facing Atlético invited a major doubt. Six months after starting the 21-22 season, his record was disastrous. He hadn’t beaten any of the top four in the Spanish championship – defeats against Real Madrid, Atlético and Betis, draw with Sevilla – and was eliminated from the Champions League, after two massacres against Bayern and two very sad games against him. Benfica (3-0 defeat in Lisbon and goalless draw at the Camp Nou). In summary: eight games, six defeats, two draws, two goals for and 15 against.

Beaten by Real Madrid in the semifinal of the Spanish Super Cup and by Athletic in the quarterfinals of the Copa del Rey, Barça had failed in each of the great moments of the season. A more mediocre Barça was not remembered, nor more in a hurry due to its situation in the League. The match against Atlético had all the characteristics of a crossroads. In case of victory, he would finally enter the top four of the classification, at the expense of his rival and at a critical moment in the championship, in the first game since the closing of the winter market.

In the match, the team was measured —victory or return to the icy wasteland— and the resounding turn in the club’s decisions, which detected the most serious shortcomings of the squad up front. Barça paid out 55 million euros for Ferran Torres, got Adama Traoré on loan from Wolverhampton and took advantage of Aubameyang’s conflict with Arsenal to sign him. A new striker for a team that couldn’t wait another minute to correct their harmless approach to goal.

The match with Atlético invited us to check if the triple operation in the winter market was up to Barça’s acute needs. It was a final both for the team and for Joan Laporta and his board of directors. Due to the victory, the way it was produced and the four goals, Barça left the crossroads in the right direction.

He overcame all the obstacles that usually led to disaster: he dismissed his traditional rejection of the epic and came back from Carrasco’s early goal, he withstood Alves’s expulsion and held the lead with a new defensive efficiency, he worked with an unknown aggressiveness, he took advantage of the enormous power from Adama Traoré on the right side and it worked with a hitherto unknown packaging. And finally he won one of those matches that he inevitably lost.

After two years adrift, Barça looked like the expected version of its performance. He knows that he can play well and beat tall opponents. He knows that scoring is not an almost impossible job. However incipient the moment may seem, Barça feels entitled to optimism. He came with the worst record to a crucial game and came out brimming with spirits. He is fourth, but he tastes like glory.