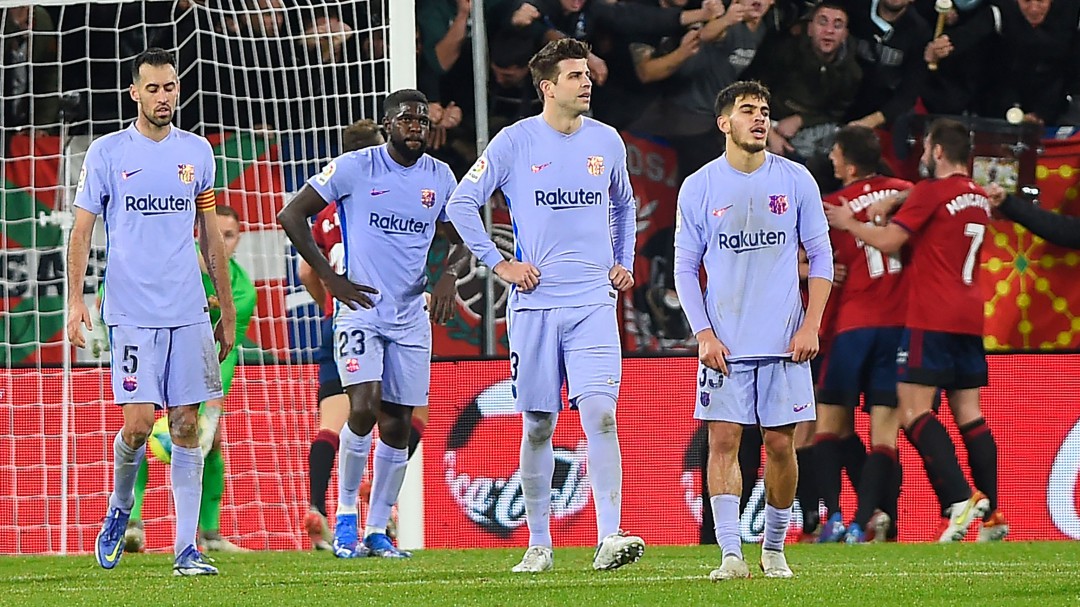 Osasuna and Barça signed a distribution of points in El Sadar after a goal from Ávila in the last minutes of the game. Xavi’s team was winning from the beginning of the second half, but he tried to protect the result excessively and ended up paying dearly. Two more points that Barça loses in this League and moves further away from the Champions League positions.

The ephemeral joy of Barça

With Umtiti and Luuk de Jong starting on the pitch, Barça took the lead thanks to a goal from Nico. Before the quarter hour of the game, the Barça midfielder received a good deep pass from Gavi and, only against Sergio Herrera, scored the first of the afternoon. Two minutes later, David García did the same when he finished off a free-kick. Moncayola executed it to perfection and there the defender rose, free of mark and with a forceful header, he sent the ball to the bottom of the tights. The central defender is having a great season and he has already scored three goals so far this season.

In addition to the goals, highlight the electricity of Abde, who forced two yellow cards in the first forty-five minutes. Given the lack of depth in the game, Xavi’s pupils sent the whole attack to the left-handed side so that the young footballer opened cracks in a very worked defense. Dembélé, on the other side, was the great disappointment of the first half and that is that he lost up to fifteen balls, making one of his worst starts since he was a Barça footballer.

In this way, Martínez Munuera sent both teams to the dressing rooms to start the break. A first half ended in which Barça could not keep Nico’s initial goal. The Barça team, which is so difficult for them to score (and even more when away from home), saw how in a few plays later their advantage vanished and they could do nothing to remedy it. The sensations at the end of the first half were a continuation of those that dragged on from the last games: pessimism and few ideas to win a game.

Abde’s impetus and determination were rewarded at the beginning of the second half for the benefit of Xavi and all of Barcelona. While Osasuna claimed a hand from Busquets, the Barça players mounted a counter that ended up materializing the end with a good shot. The local players continued to protest the Barca captain’s hand, but Martínez Munuera gave the goal as valid.

The Barça temporized the ball better in the second half and tried to be big with the possession of the ball. However, he continued with his problem of the whole season: the lack of goal. He did not materialize any of the occasions he had, mainly those of Dembélé, and fear appeared in El Sadar for losing the three points he had in his pocket.

So much so that he ended up conceding a goal against to end up tying the game. Chimy Ávila materialized a loose ball in the edge of the area and, after rebounding the ball in Umtiti, Ter Stegen did not stop the ball. In this way, Barça once again left two points in a league game.

The goals of the match

‘Brilliant’ James Maddison can do no more to get England call, Brendan Rodgers insists

City come from behind to claim another Premier League title