Skip to content
Home News Back in business: Gatwick South Terminal to open in March 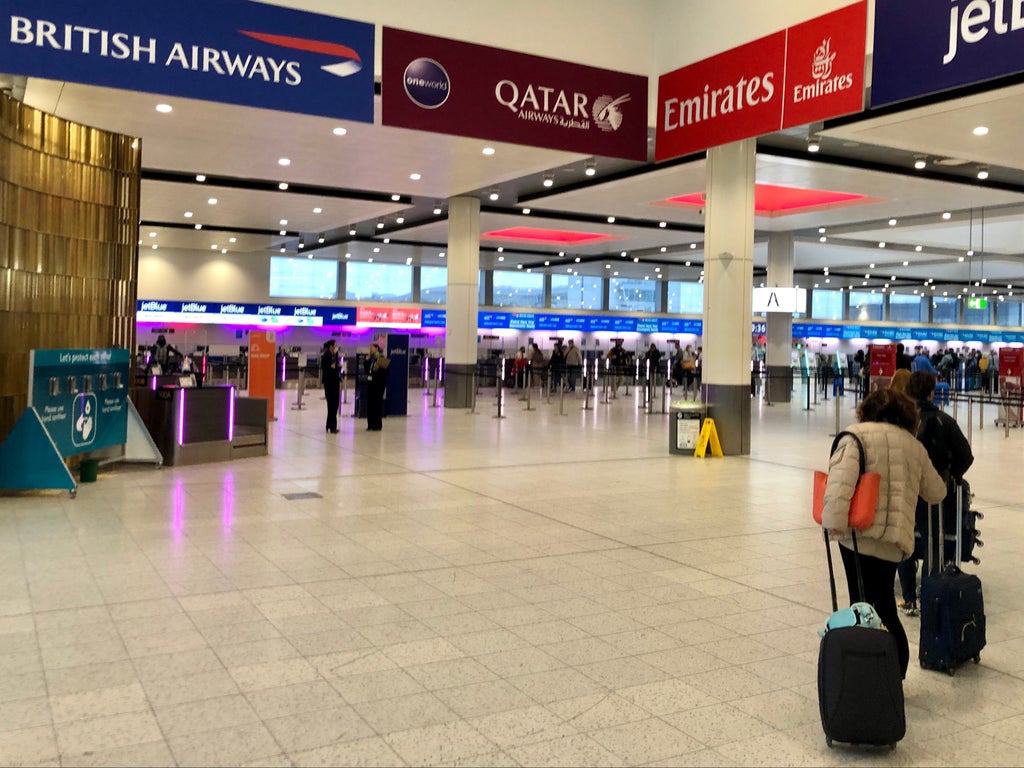 Britain’s second-busiest airport will reopen its larger terminal within weeks, after nearly two years of closure.

London Gatwick’s South Terminal was mothballed shortly after the start of the Covid-19 pandemic, with operations concentrated in the smaller North Terminal.

But when the airlines’ summer schedules begin on Sunday 27 March, South Terminal will resume operations.

It will be the base for British Airways – which is currently running long-haul services from North Terminal. BA’s short-haul routes return on 29 March, operated by a new lower-cost subsidiary.

After easyJet acquired slots from British Airways for the summer, the airline will use both terminals.

Gatwick has been harder hit by the pandemic than any other major airport in Europe.

Soon after the Covid crisis began, some airlines suspended their operations, including an 11-week pause by Gatwick’s biggest carrier, easyJet, between late March and mid-June 2020.

British Airways temporarily closed its entire operation, moving flights to Heathrow. Some long-haul flights to the Caribbean and Indian Ocean have been summarized, but BA’s European network remains mothballed. It will resume at the end of March, at about half the previous scale, with a new lower-cost BA EuroFlyer division.

Virgin Atlantic moved out entirely, abandoning the airport where it had begun life in 1984 in favor of Heathrow, while Norwegian scrapped its extensive long-haul and Mediterranean operations, and now focuses exclusively on Scandinavia.

As travel restrictions ease in the UK and abroad, passenger numbers have been picking up swiftly, and easyJet plans its busiest-ever summer from the Sussex airport.

On Tuesday Emirates introduced a second daily flight between Gatwick and Dubai.

Wizz Air, the third-biggest budget airline in Europe – after Ryanair and easyJet – is launching a new base at the Sussex airport this summer, based at South Terminal.

Stewart Wingate, Gatwick’s chief executive, said: “After an incredibly challenging two years for the airport, our partners, local communities and the entire aviation industry, we are delighted to be reopening our South Terminal next month.

“Following some major announcements from our airlines about significantly increased flying schedules, and from government on removing travel restrictions and airport slot regulations, we can now look forward to once again operating a busy Gatwick this summer and beyond.

“It may, however, take time for consumer confidence to fully recover, so I urge the government to make 2022 the year when all travel restrictions are removed, including the unpopular passenger locator form and other remaining barriers to free travel.”

Around 2,000 staff are being recruited as the number of flights expands.