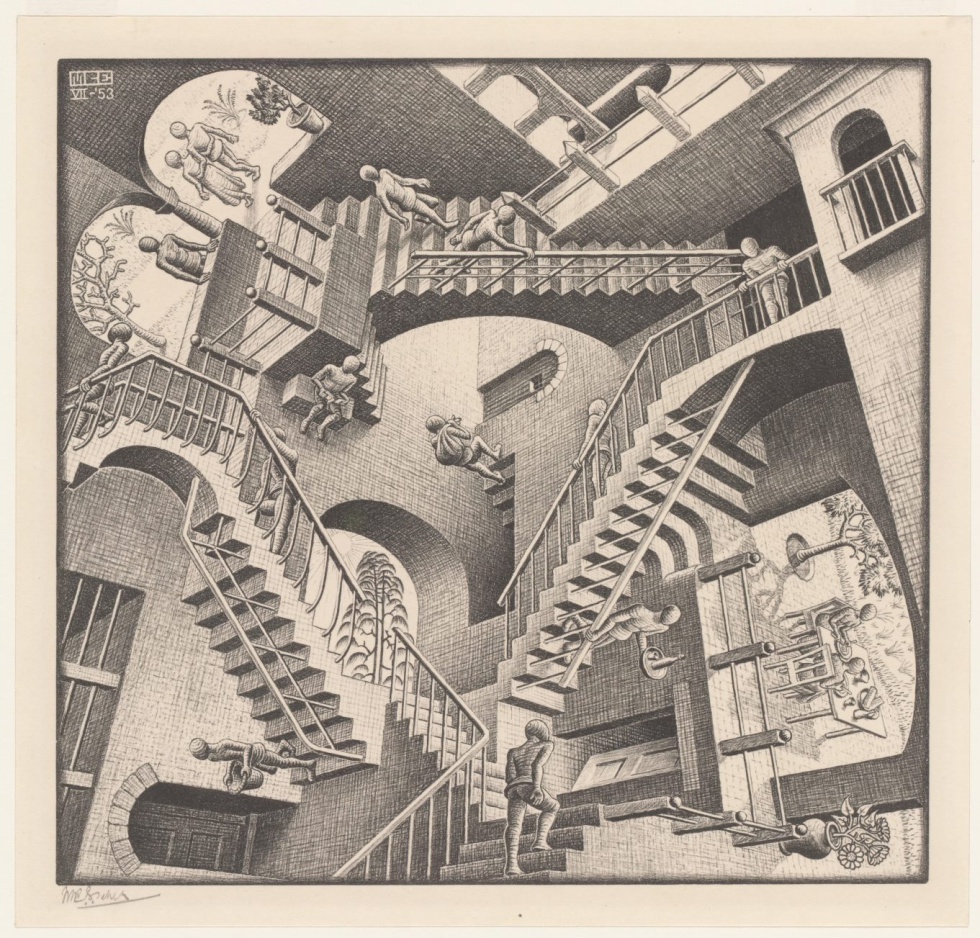 Nature has its own geometric code; an internal code that escapes the formulas of Euclidean geometry to show us infinity in finite areas. The irregularities, at first glance, that we find in a snowflake, in the bark of a tree or in the broccoli flower, all have an underlying geometry that emerges spontaneously, and that receives the name of fractal geometry, term which was proposed by the Polish mathematician Benoît Mandelbrot (1924-2010) in the mid-1970s.

In his book published in 1982 with the title The Fractal Geometry of Nature (Tusquets), Mandelbrot tells us that nothing is what it seems and that both clouds and mountains, as well as lightning from a storm, are expressions made up of natural fractal-type structures. It is one of the most didactic books written from the scientific approach to the wonders that our environment hides. With its reading, an unparalleled journey through the different fractal shapes that embellish the space with their geometric continuity is assured.

To put it in the Aristotelian way, art is an imitation of nature. In this way, in the artistic world we can find clear examples of an approach to this hidden geometry. Escher’s infinite stairs and his visual games are one example. Another example is the music of Bach, whose pattern mimics the natural structures that remain hidden in organisms, the same structures that the German musician intuited when he composed his Musical offering, BWV 1079, a piece that can be played backwards and forwards at the same time. Finally, the literary example of fractal geometry would be represented in the story by Jorge Luis Borges entitled The Aleph, where the Argentine teacher devises a point in space that, in turn, contains all the points. With it, in The Aleph all the places in the world seen from all possible angles are contained.

In his story, Borges takes us to the Theory of Sets that the Russian -nationalized German- mathematician Georg Cantor (1845-1918) introduced to explain that there are different infinities of different sizes. He was the first mathematician capable of describing infinity as a concrete value. His investigations led him to a nervous breakdown, ending his days within the walls of a psychiatric facility. Cantor was misunderstood, but in time he would go down in the history of science for his mathematical contributions when he showed that infinite sets are not all equal in size.

His theory is the oldest example of a fractal transferred to mathematics, a theory that, in turn, musician Harlan J. Brothers identifies with composition Cello Suite No. 3 of Bach where the fractal structure contained in the forms of nature underlies, manifestations of a geometric code that, like Bach, artists of the stature of Borges or Escher have turned into artistic expression.

To continue paraphrasing Borges, it should be noted that the truth does not penetrate a rebellious understanding. With this, only people with a certain open-mindedness are able to enter into the lysergic game that nature proposes, and that leads us to travel on a Persian carpet whose drawing has undoubtedly been inspired by the beauty of fractals.

The stone ax is a section where Montero Glez, with the will of prose, exercises his particular siege to scientific reality to show that science and art are complementary forms of knowledge

See also  Sandra Sánchez: "It is a sensation between injustice and impotence that karate ceases to be an Olympic sport" | sports