Skip to content
Home News BA.2: Cases, symptoms and more about ‘stealth Omicron’ variant in the US 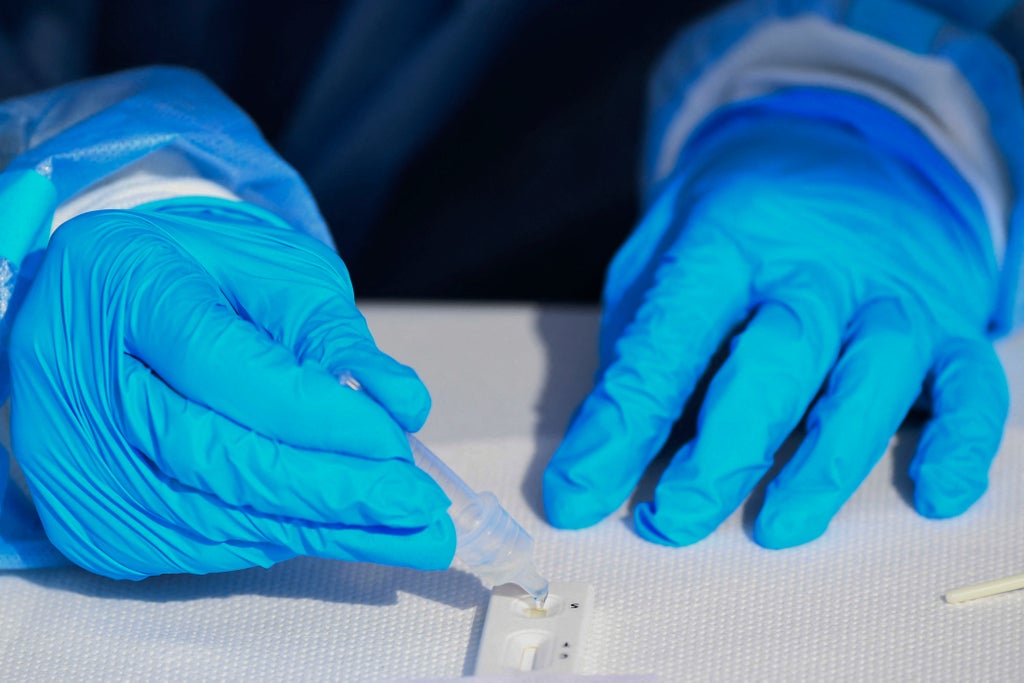 As the US enters a third year of the Covid-19 pandemic following an Omicron-fueled surge of infections, public health officials are bracing for another spike in cases with the emergence of a more-contagious subvariant that has led to case surges in China and across some parts of Europe.

Meanwhile, states and cities across the US have largely relaxed public health measures, including mask and vaccine requirements, preparing the nation for a potentially better test of “living with Covid” while 1,000 Americans continue to die from the disease each day.

The BA.2 subvariant, also known as “stealth Omicron,” accounts for nearly 35 per cent of confirmed infections in the US as of 21 March, according to the US Centers for Disease Control and Prevention. That marks a 10 per cent increase from the previous week.

Scientists have attributed BA.2’s growth to its several key mutations; the gene for the spike protein on its surface has eight mutations not found in BA.1.

Researchers have determined that such mutations have made BA.2 more transmissible, not that it necessarily evades antibody protection. BA.1 remains the dominant subvariant in the US.

As health officials study the subvariant’s spread, drugmakers Pfizer and Moderna have filed applications for emergency use authorization with the US Food and Drug Administration for a second “booster” dose of their vaccines. Currently, people in the US with moderately or severely weakened immune systems are eligible for a fourth dose.

A vaccine regimen followed by a third “booster” dose has provided critical protections against severe disease, hospitalization and death during the public health crisis, as studies begin to reveal their waning effectiveness and durability against different variants.

Roughly 65 per cent of Americans, or more than 217 million people, are considered fully vaccinated, according to the CDC. Nearly 97 million people from that group have received at least one “booster” dose. Roughly 23 per cent of the US has not received any vaccine doses.

Meanwhile, the White House has warned that the federal government has exhausted Covid-19-related funding to be able to buy additional booster doses and fund Covid testing without congressional action, prompting fears of a mounting crisis to combat the ongoing emergency.

At the same time, requirements around vital protections – like wearing well-fitting N95 or K95 masks indoors and in crowded spaces – are simultaneously dropping across the US.

European authorities relaxed such restrictions too early before they began seeing spikes in cases, according to the World Health Organization.

Hans Kluge, the organisation’s regional director for Europe, said 18 countries “are lifting those restrictions brutally, from too much to too few” rather than take more measured approaches.

Dr Ashwin Vasan, the new health commissioner of New York City, where BA.2 accounted for roughly one-third of cases within the last week, said health officials are closely monitoring whether the city and the US are on the verge of a similar infection wave.

BA.2 accounts for 42 per cent of all cases in the state, once a global epicenter of the virus, according to state health officials.

“We don’t expect to see a steep surge in cases in New York State,” State Health Commissioner Mary Bassett said on Monday. “We will be watching, so I don’t want to promise you that it won’t change.”

I’ve told ABC’s this week on 20 March that now is “no time at all to declare victory, because this virus has fooled us before and we really must be prepared for the possibility that we might get another variant.”

“We don’t want to be caught flat-footed on that,” he said.

White House Covid-19 Response Coordinator Ashish Jha said last week that he is “not expecting a big surge here, but we’re gonna have to pay close attention and really be driven by data as we have throughout the whole pandemic.”