Skip to content
Home News Azahara Palomeque: The Great Resignation, we have had enough | Opinion 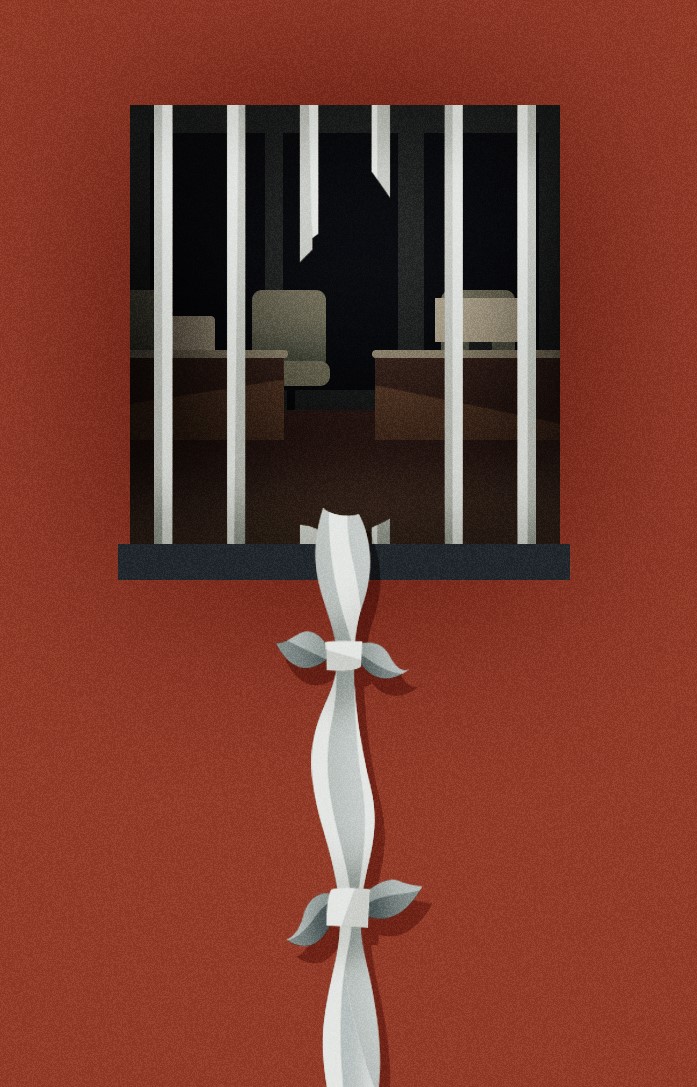 A jolt. The seismic shock that alters the coordinates of life and pushes us to the limit. For many, the testing of our ability to endure in the face of illness, loneliness or the death of loved ones. The pandemic has so marked our present that it will take us years to fully understand its consequences. Along with the modification of our routines, there has also been a questioning of the values ​​that sustained us, which has instigated a change of priorities. In the United States, this has manifested itself in a completely new phenomenon: millions of people are voluntarily leaving their jobs. In the country where employment is not only a tool to acquire money, but also an identity and a dogma, this collective cry is surprising, indicating both fatigue and protest, sometimes so close to my daily life. In just a few months, I have seen several colleagues leave the office never to return. One of them, a precarious teacher, packed her bags and settled with her family in Costa Rica. This same week, a former student called me urgently: “I’m about to slam the door and leave,” she explained about the NGO where she works exploited.

History repeats itself and I myself have lived, in that terrifying period of a year and a half during which the fear of the covid and the closing of borders prevented me from seeing my family, an epiphany, a word that is becoming popular in the media. After hours as a psychologist and the realization that my Ulysses Syndrome, a nostalgia exacerbated by the lost land that emigrants sometimes feel, did not let me breathe, I decided to shelve this geography and its sorrows, to return home, without knowing very well what will become of me in that ever closer future. I can’t take it anymore, we cry out. One can — should — be able to exist in another way, I whisper as I read news after news of the Great Resignation.

People flock to their jobs in Joe Biden’s homeland. Economists are racking their brains trying to articulate a coherent explanation; psychologists join them; employers rage: “We are hiring!”, Can be read on a multitude of posters, without the advertising attracting the necessary workforce to fill the vacancies. In a labor market where there is more supply than demand for work, the alerts jumped when the August figures were published: 4.3 million people were laid off own motive, a trend that has continued to rise despite the end of federal unemployment benefits in September. Among the causes, neither one nor several stand out, but a whole conglomerate that points in many directions: months of savings due to the lack of leisure and travel seem to have fattened the checking accounts of many, as has the rise in the stock market in who invests – quite more common than in Spain -; others have had enough, because what was collected did not compensate for the damage of miserable conditions; In some cases, those who were telecommuting have not been able to bear the idea of ​​driving two or three hours a day to inhabit an insipid office. The number of entrepreneurs has increased and also of early retirements. A considerable number of women have been forced to dedicate themselves exclusively to the home and children after many schools, including nurseries, have opted for distance education to avoid the risk of contagion, even if their case is included among the “voluntary withdrawals ”. Among the health workers the flight has also been remarkable: I can’t take it anymore – they cry out – exhausted by the ravages of a virus that is still active. Human capital is scarce in almost all sectors; something has mutated in the neoliberal genome and, as always when a phenomenon is unprecedented, the data is useless, the algorithmic projections give up, and we hardly have the old job of observing and thinking from books.

Remedios Zafra said in her last essay, Fragile: “My discomfort is part of my conscience and I use it for hope”. The Spanish thinker highlighted an inherent vulnerability in everyone, as Judith Butler did in Precarious life, to reflect on that capitalist tangle called the market that ties many of us short and oppresses the guts. Along with the lack of labor rights – increasingly pressing in the uberized economy – was the frustration derived from unfulfilled expectations in a climate of continuous hammering on the meritocracy where everyone should, in theory, have what corresponds to him according to your effort. The fragility of the bodies used has reached a visibility in the pandemic era that has served to explode through the air dynamics of submission and humiliation of which perhaps we were not previously aware, precisely because the wheel did not stop as it did, necessarily, as the web of the virus grew. Only from a situation of extreme vulnerability, of abyss and its vertigo, is it possible to contemplate certain landscapes; in this case, one where mutual care, affection, matter more than job stability.

Despite the causes that point to family obligations and savings, I would venture to affirm that this great resignation would not have been possible without a shock as aggressive as the one that the pandemic has brought us. However, the fact that such a tremor acted as a trigger does not imply ruling out a previous, underlying tectonic upheaval. The success of David Graeber’s latest essay provides some clues. On Shit jobs, the controversial American anthropologist analyzed a labor problem that can be extended to other countries: there is an inverse relationship between salary and the human quality of employment, so that people who perform essential care tasks, many of them women – nurses and assistants, teachers , midwives – charge very little, while positions further removed from personal contact – managers, insurance or real estate managers, accountants – tend to be better paid. The curious thing is that both groups live in perpetual discontent that, if for some it manifests itself in the meager payroll, for others it germinates in the form of regret over the social uselessness of their forms and screens. Despite the abundance of the most precarious, the diversity of abandoned jobs gives us an idea of ​​this general malaise: working is a cross, unbearable for many.

So is there hope? Or will the market go back to its old ways and propel this crisis, like so many, a new push towards the subsoil of dignity, cutting more benefits, shrinking wages, increasing the excessively bulky inequality? At what point is it no longer worth losing hours of leisure and love, ignoring your loved ones because you no longer spend time with them, blaming poor health and not seeing the light of day for a check at the end of the month? Perhaps the great experiment that reveals this unknown is already taking place; dozens of strikes are breaking out in the United States along with support for unionization; the protest grows and may not be loud, but it is accurate: just, like mine, a brief goodbye. We have had enough.

Azahara Palomeque She is a writer and PhD in Cultural Studies from Princeton University. His latest book is Year 9. Catastrophic Chronicles in the Trump era