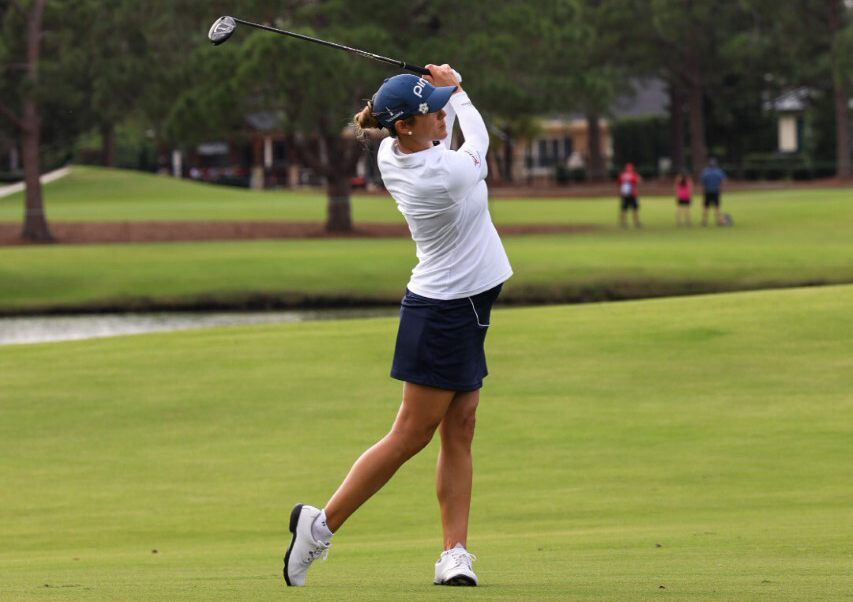 At the end of August, the Malaga golfer Azahara Muñoz was left out of the European team for the Solheim Cup, the women’s Ryder, which was to be played at the beginning of September. The captain, Catriona Matthew, did not include the Spanish, who had not won the direct classification by results, among the six invitations that had been reserved. I was not being the best course for Azahara, today number 127 in the world ranking, so that the decision had a rational sport basis although the Andalusian has been one of the European pillars in the competition in recent editions, with four participations in his record.

But the downturn in performance, and surely Relatedly, another argument he joined the majority know: Azahara Munoz are pregnant. In a 12-week gestation stage, she competed in August at the Tokyo Olympics (50th ranked) and at the British Open, one of the greats (missed the cut). And he decided to keep playing. Up to now. Malaga Sunday’s completed the final day of the Pelican Women’s Championship in Florida, the US tournament circuit, with almost six months pregnant. It was his last service before finally rest and await the birth of their first child, a child that’s due on March 1.

“It was a bit difficult because I was super tired especially the first quarter. Traveling to Europe, going to the Games, back to America, again to Europe… it was a bit crazy, although I was very lucky because I felt very well physically. Only five days was regularcillo, but no nausea or anything, just did not want to eat, I did not feel well. Those days I didn’t even want to get out of bed. As it was summer, with the heat it was also difficult for me to train and there I had a bit of a regular time ”, says Azahara from the United States, at the end of the third round of the tournament. Her husband, Tim Vickers, plays her shopping cartSo that not only the golf bag but also to be close to the mother worried that this turns 34 next Friday.

Azahara was invited to be an assistant to the European captain in Solheim, but she resigned. Too busy. From a distance he enjoyed the victory against the United States, hoping to return to the group for the 2023 event, precisely at Finca Cortesín, in his native Malaga. By then a child who will almost be born with a golf club under his arm will be with him. “I decided to play on the circuit pregnant because we have a maternity leave but take the year when your child is born. My motherhood is next year, because we hope to March 1st. This year I could have caught what is called medical year, but I was not so bad, although I can pretend, to be low. And he wanted to play the Games, when he was already 12 weeks old. After Tokyo, it was too late to take my medical year ”, says the woman from Malaga.

In the latter tournament it has been more than noticeable its “belly”. “Among the classmates it took me a long time to say it because I wanted to make sure that everything was going well. The nearest knew but others did not know until 16 weeks. In addition I took time out tummy and did not seem to be pregnant. Now and this is already my last week. I am glad to have made the cut over with my husband and caddy. It was special, with how chubby I am. Honestly, I’m already looking forward to finishing, it makes me heavy with so much repetitive movement. Everything hurts a little. But I can’t complain, I have had a great pregnancy ”, Azahara completes.

Serena Williams played tennis star (and won) pregnant the Australia Open 2017. Some athletes, like Alysia Montaño and Lindsay Flach, ran sprints even a month before giving birth. Azahara was Olympic and followed in the elite until the semester.