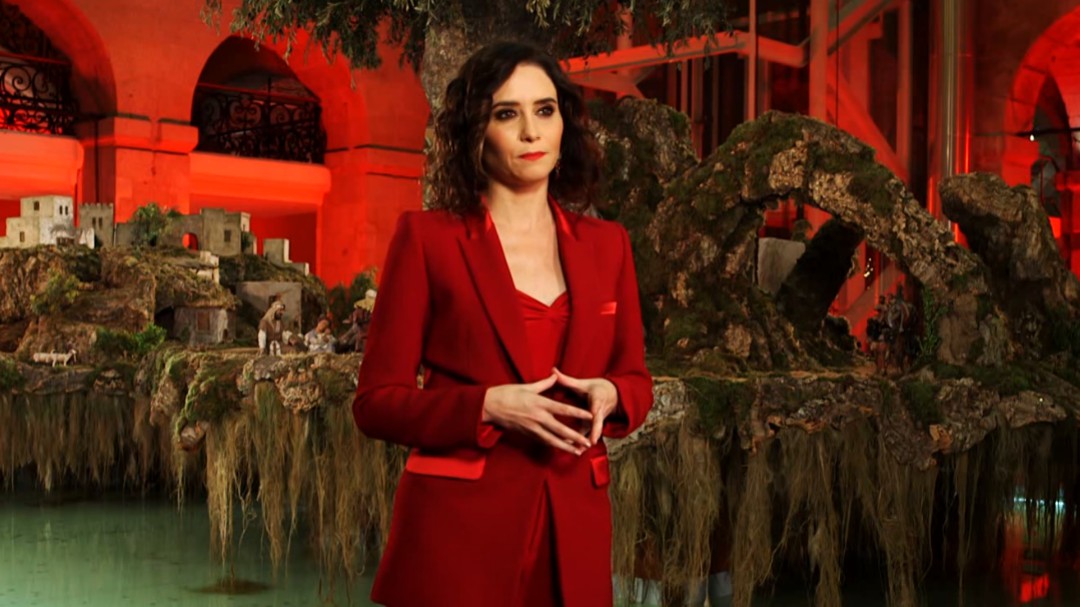 The president of the Community of Madrid, Isabel Díaz Ayuso, has given her traditional New Year’s speech addressing all the people of Madrid. The regional leader has launched a message in which she has praised the policies of her Executive and has referred to Madrid as the economic and social engine of Spain.

However, the president has maintained the institutional tone without making any reference to the Prime Minister, Pedro Sánchez, or to the policies of the Central Executive, as he usually does in his public appearances. Ayuso has focused the axis of the entire speech on his prospects for 2022.

“Some want us to be dependent, sad and complaining: but in Madrid where all of Spain and many parts of the world meet, especially Latin America, we know that we are happy, fighters and that we do not want to depend on anyone, but to be the engine of our lives and of the nation, an example for Europe and the world. We want to be an opportunity and not a burden, “said the president in her speech.

Ayuso has referred to the virus as the only reason for disunity in society and as the only enemy to face: “We are still fighting against the virus and in favor of families, companies, the self-employed, employment, tourism, the hospitality, public services, public-private collaboration, innovation and investment “.

The president has stressed that the social division must be fixed so that citizens can focus on fighting the virus. “Disagreement should not degenerate into polarization, nor worry into boredom or bad humor. We Madrilenians have shown impressive dignity these months, all of us: let us not forget. The only enemy these long months has been the virus. And so it must continue to be “, he pointed out.

Thanks to the health workers

Despite the president’s words in an interview on EsRadio in which she assured that some health workers “do not want to work” and were trying to “boycott” for ideological reasons, Ayuso highlighted her role in the end of the year speech.

“That is why I want to remember today, among all those who have worked and work for the common good, the health workers, especially those on the front line: these days in the emergency room and in primary care. Without them, where would we be? ? To them, today, our gratitude, and the commitment of my Government to our health professionals. I personally undertake to renew my commitment to improving the service, of which we are all proud. In 2022 we continue to reform numerous health centers and build the New Hospital de La Paz while we reform the Hospital 12 de Octubre and the Gregorio Marañón “, declared the president, who has also taken the opportunity to make announcements for the new year.

Special mention to the electoral victory

The president did not want to miss the opportunity to remember the electoral victory of May 4 in her speech. In fact, Ayuso has assured that it is one of the great memories that he keeps of the year due to the feelings experienced and seen by sectors of the citizenry that gave him support to govern in the Community of Madrid.

“This year I take with me the memory of the May 4 elections, of that enthusiasm, for which I thank you again, and which inspires me every day. We will continue to defend our history of miscegenation in the world, the unity of Spain, the solidarity between Spaniards, the Constitution and the Crown, thanks to which we have lived some of the best decades of our national history “, he said.