Skip to content
Home News Ayuso advises Moreno to “fly free” and goes further: “Whoever behaves like a puppet wears out” | Politics 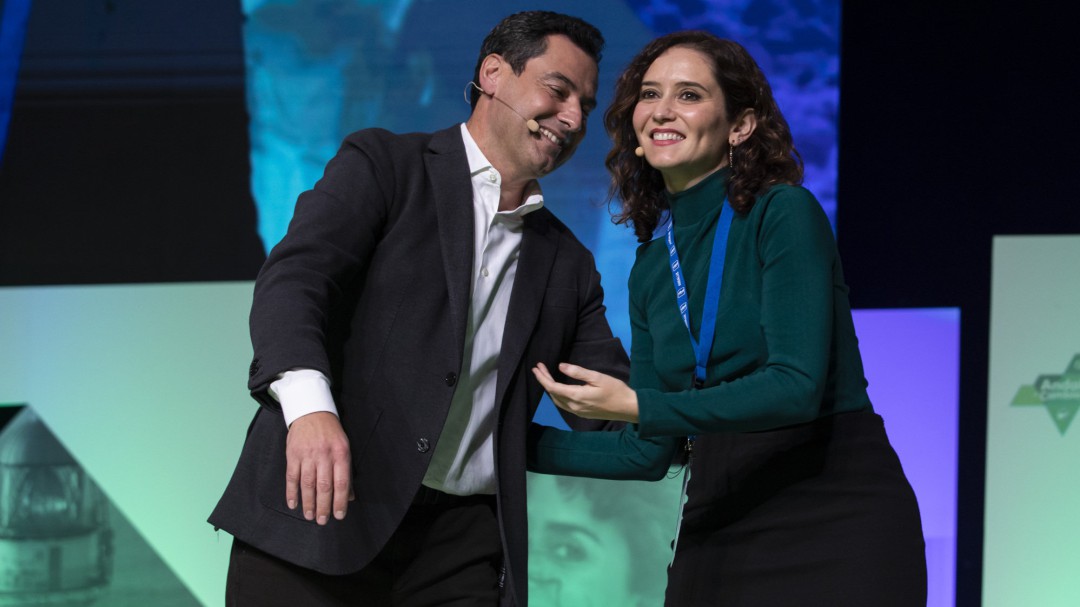 The president of the Community of Madrid, Isabel Díaz Ayuso, has given advice to the president of the Board, Juanma Moreno, and has recommended that he “fly free” and make his “own decisions” about the call for elections because he has always brought “the interest of Andalusia” to his own.

Díaz Ayuso, who has participated this Friday in the PP-A regional congress at a table of regional barons, has been convinced that Moreno will put the interest of citizens first and that when he calls elections all Andalusians will know that he has done it “for the good of all”.

He has made reference to the information that indicates the possibility that Moreno was wearing out and has stated that “only those who behave like a puppet, who are not brave and who do not have clear ideas wear out.”

The president of the Community of Madrid, Isabel Díaz Ayuso, has defended that “the moment of change has arrived” in Spain and therefore the popular need “to remain united, more party than ever” and that their autonomous governments “continue to be an example until that Pablo Casado arrives at Moncloa “.

Díaz Ayuso, who has participated in a table of barons of the PP in the congress that will re-elect Juanma Moreno to the head of the Andalusian PP, has bet that the party is “more popular than ever, the party of the people, of the middle class” .

He stressed that all the communities led by the PP are taking “a step” to govern Spain, “until the good guys arrive” with their party in Moncloa “and things change.”

The Madrid president has criticized the policies of the Pedro Sánchez government, has indicated that they do not want “a civil war” and added that “not even taking Franco out for a walk is going to cover up the atrocities that the nation’s Executive is committing,” which it goes “against unity, against history, against institutions.”

He has warned that Sánchez will not mind “giving in in everything” to continue “from communion to communion in the Falcon”, while his government partners and the independentists and nationalists do have “a very clear plan, destroy Spain “.

He regretted that Sánchez “only cares about power” and is not interested in the fact that they are “erasing the legacy” of the country outside of Spain, because they have “the raised field, the raised metal sector” or the price of electricity. runaway “.

Díaz Ayuso has put Andalusia as an example that “from socialism one leaves”, despite the years creating a “school of collectivism and dependency”, and has stressed that after the government of the PP it is being a “prosperous” land and is ” reaching Madrid “in various indicators, which for her is” a pride “.

He has stated that Andalusia and Madrid are going to “compete together” and are going to show “that Spain deserves policies like those of the PP”. Díaz Ayuso has advocated for a country where no one “takes possession of feelings and humility”, where “good and bad cards” are not distributed.

“What socialism does and has done is to distribute misery and poverty to distribute dependency; when societies are freed from that tyranny they begin to walk and give results that you are giving now,” he pointed out.

Parents are most proud of their child’s ability to be compassionate, display kindness, and go above and beyond to help and support a friend