Skip to content
Home News Ayub, from Ceuta to the Peninsula bathed in gasoline 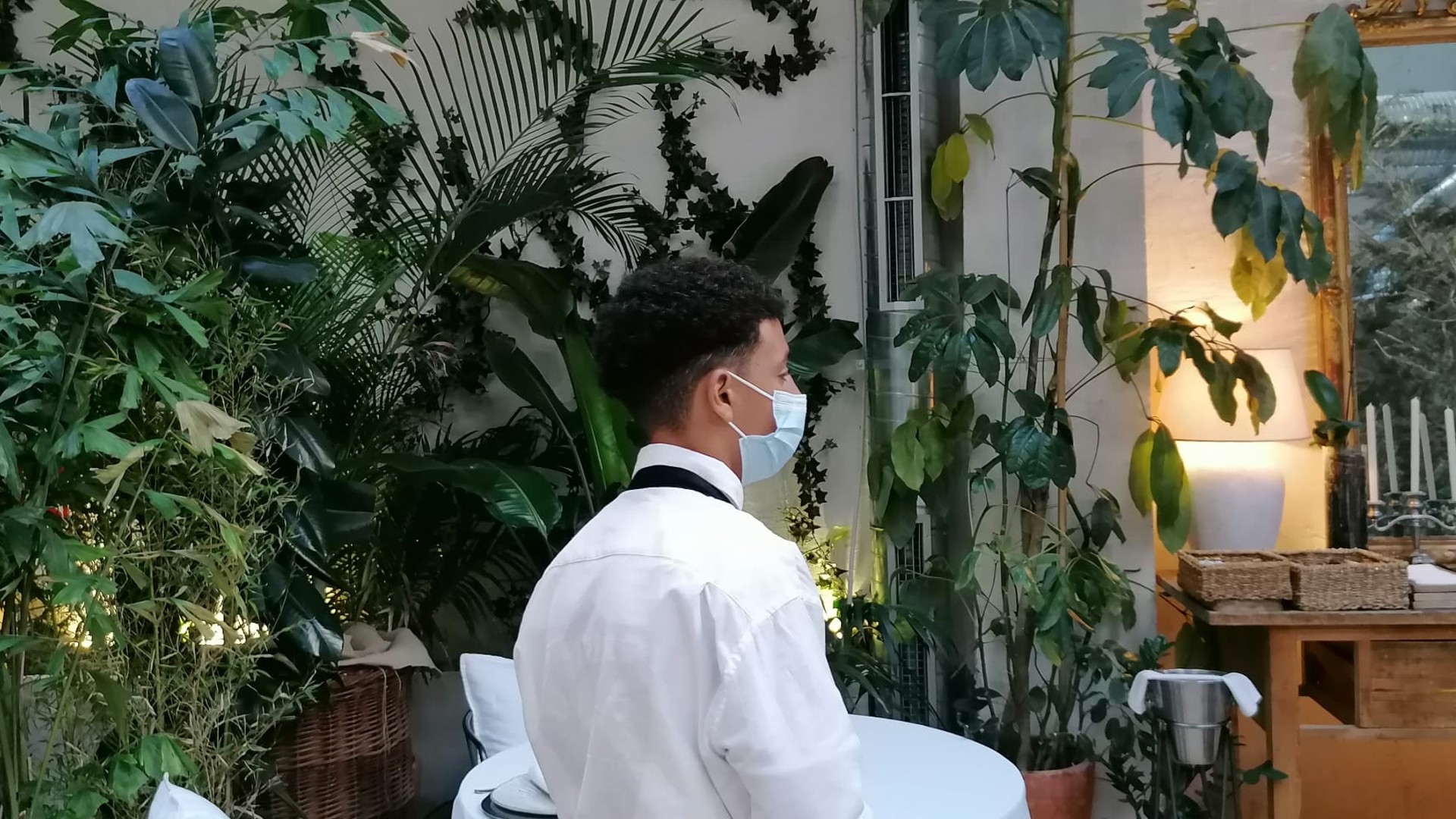 Ayub He is 17 years old and has a few scars. The first for being born into an impoverished family near Tetouan: “Life in Morocco It was very difficult for me, I studied during the day and worked at night, I slept only 4 or 5 hours, very difficult. “A life that pushed him to jump into the sea to reach Ceuta.

He entered swimming in May like so many other kids from his region: “I entered by the beach, wearing a water suit.” And he managed to flee from the Police so that they would not expel him.

On May 17 and 18, thousands of Moroccan minors entered the city of Ceuta by swimming. Many were returned to their country as soon as they stepped onto the Tarajal beach.. Ayub managed to hide and spent two days living on the streets of Ceuta. A hard migratory journey was beginning for him that would take him to Madrid, completely alone and far from his family.

After going through the Tarajal ships they transferred him to sports center of Santa Amelia, one of the spaces that the city of Ceuta set up to accommodate minors. It’s been seven months since all this, but Ayub he remembers how they were overcrowded there and they couldn’t go out into the street: “There were a lot of people, we slept very close together, we didn’t see the sun and the workers wouldn’t let us go out on the street.” It was three months until the repatriations arrived.

For minors in Saint Amelia, August 13 marked a before and after, that day more than a hundred adolescents were repatriated against their will and fear spread among the rest: “There were people crying, people running, people who were sleeping when the police arrived.” , remember Ayub.

He falsified his age to leave the center

The workers warned him that he could be next, so without thinking about the consequences he locked himself in the bathroom and taking advantage of the fact that he had studied how to use Photoshop at school, he tricked the date of birth in the photo of his documents that he carried in the mobile. With that document, he asked to leave the center that received the minors and returned to the streets. The Police booked him as an adult. That allowed him to be free and try to sneak into the underside of a truck to cross to the Peninsula. After several attempts he got it bathed in gasoline: “I sprayed two liters of gasoline on my body so that the dogs wouldn’t smell me and I finally managed to go undetected.”

But the nightmare did not end here. Account that was 37 hours inside the truck, with a sharp pain in one hand, without eating or drinking. When the ferry arrived in Malaga it was Saturday morning, the boat was closed and there was no one to hear him: “I spent an hour shouting, he assures, asking for help until a watchman heard me, I asked her for water and after drinking I fainted“.

Madrid: the last attempt to enter the Child Protection System

Once in the Peninsula, he was not accepted in the Juvenile Center because he was still booked as an adult. With only 10 euros in his pocket and a bottle of water, he traveled to Madrid. They had told him that there he could try to enter the Child Protection System.

Lide Mancisidor She is a lawyer for the Roots Foundation, the organization you turned to Ayub shortly after arriving in Madrid: “I met him in mid-November, he contacted us and then I already detected that he was very young and that he was in a very vulnerable situation. He was living on the street, alone, on the outskirts of the city”.

The Police did not allow him to enter a Juvenile Center because I was still listed as an adult, despite the fact that the boy had photocopies of all his documentation with the correct date of birth. “He had photocopies of a birth certificate, his school certificate with a photo, translated and with the stamps,” says Mancisidor.

With that documentation, he accompanied the child to the police station: “It caught my attention that, although he still spoke a little Spanish, he told me: Stay with me, please, because I have a phobia of the Police. Those words I knew perfectly.” Two hours later, Ayub I was back on the street.

To be minor again

The day we spoke to Ayub He suffered a severe earache, but was not treated at the Health Center as he did not have a health card. It had been 7 months since he arrived in Spain. Only a few days ago you have provisionally entered the Child Protection System.

With the original documentation that his family has sent him from Morocco, his lawyer has asked the Prosecutor’s office the revision of the decree of legal age.

““I want my life to change, a good future and to be able to help my family”“

Despite all the physical, bureaucratic and emotional barriers, Ayub go your way. He still has a few obstacles to jump and wounds to heal, but, as he says, the good future could be closer: “I want my life to change, a good future and be able to help my family.”

What AyubMany children arrive in Spain alone, hiding in trucks, stowing away or risking their lives in boats. They suffer multiple hardships trying to find a decent life that allows them to leave behind misery, lack of opportunities or violence.