Skip to content
Home News Ava Majury: Everything we know about father’s shooting of the TikTok star’s stalker 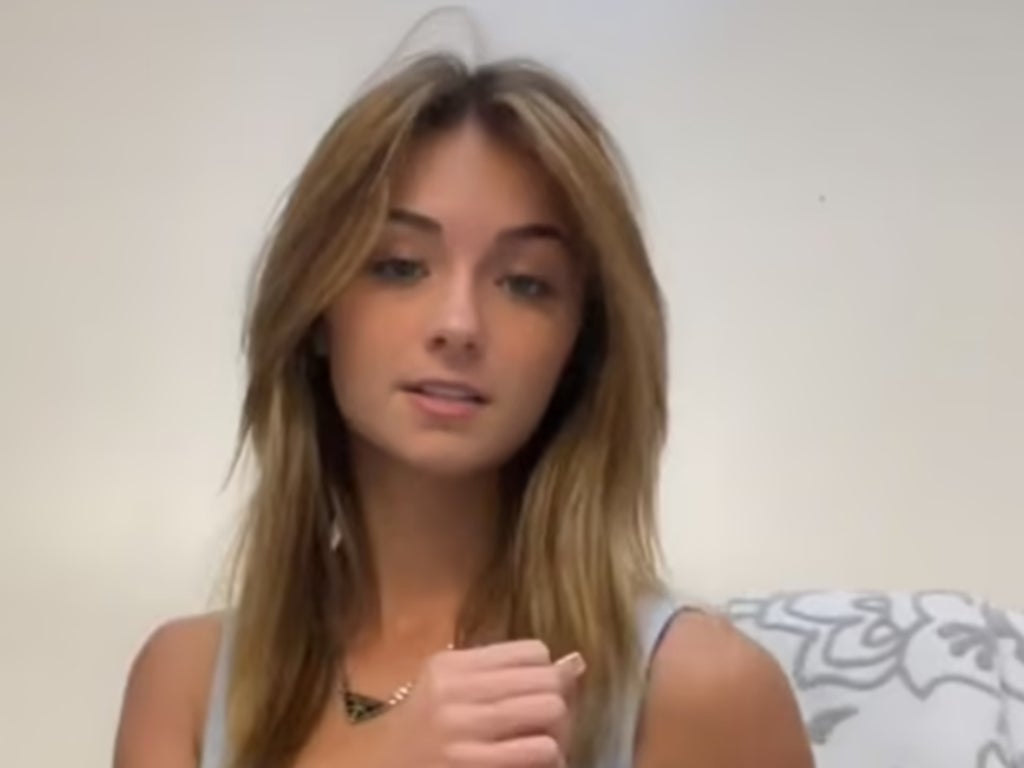 Ava Majury is a 15-year-old TikTok star from Naples, Florida, with over 1m followers across the three accounts she runs on the social media platform.

She first joined the site aged just 13 during lockdown in 2020, posting videos primarily featuring herself lip-synching, dancing or playing pranks on her friends and family, and can now reportedly attract up to $150,000 from sponsors to promote their products.

But Ms Majury’s online celebrity has also led her to suffer a terrifying ordeal at the hands of a stalker, who apparently became obsessed with her after following her appearances on TikTok, an incident the family has newly recounted in an extensive interview with New York Times.

Eric Rohan Justin, an 18-year-old student who lived in Maryland with his mother and went by the handle EricJustin11 online, initially began contacting Ms Majury on SnapChat and Instagram and by joining in online video gaming sessions she took part in with her brothers .

Justin discovered that the Majury family had relocated from Jersey City, New Jersey, following the retirement of patriarch Rob from the local police force, and began contacting Ms Majury’s former classmates there, some of whom allegedly sold him photographs of her and eventually her phone number .

In one instance, the teen from Mount Hebron High School in Ellicott City even agreed to do the maths homework of one student in exchange for information about Ava Majury.

He began to text and call the TikTok star and asked her for selfies, offering to pay for them.

Her parents approved of this, after consideration, on the basis that images were already freely available on Instagram and Justin eventually handed over $300 for two photos.

However, he soon began requesting more explicit images, including “booty shots” and snaps of her feet, at which point Ms Majury blocked him from all of her social media accounts, prompting frantic apologies and a letter containing $500 and a note reading: “ Sorry this is all I have left I’m broke.”

At this point, Rob Majury texted Justin, reminding him that his daughter was underage and warning him off while privately dismissing the idea that he posed any threat, believing him to be nothing more than a “keyboard cowboy”.

Finally, at 4.30am on 10 July 2021, Eric Rohan Justin arrived armed at the Marjury family’s single-storey home in Naples wearing safety glasses, an orange Walmart worker’s vest and protective earplugs, blowing a hole through he front door and entering the residence.

“All I remember was, I heard it, I felt it in my chest, and I looked up, and there was a hole in my door from the fragments,” Ava Majury told The NYT.

She describes fleeing into her brother’s bedroom via a connecting bathroom while Rob Majury shielded his children and their mother, Kim Majury, dialed 911.

Mr Majury then attempted to chase Justin away, only to slam his knee during the pursuit, enabling the intruder to escape.

The father then stood watch from his front door, brandishing a personal firearm, as he awaited the arrival of the police.

Justin duly returned to the scene and allegedly ignored Mr Majury’s order to put down his weapon, prompting the latter to shoot him dead, an act for which he has no case to answer under Florida’s Stand Your Ground law.

When the police arrived, they searched Justin’s body and found two mobile phones loaded with pictures and video of Ava Majury.

Justin Dominic, the deceased’s software engineer father, who had relocated to India after separating from Eric’s mother, was contacted by The NYT and said he was baffled by son’s behaviour.

“He was a nice kid. I’m at a loss for words. I don’t know what went bad with him. I have made a bad choice,” he said.

The Majury family have since moved house after being asked to leaved by the local resident’s association, alarmed by the incident, and Ms Majury is now being homeschooled after attracting further disturbing approaches from her online followers, including a $1,000 offer for her phone number from a man who turned out to be a registered sex offender.

She remains on TikTok with her parents’ approval.

“We chose what’s best for our family,” Kim Majury told The NYT. “We know there are going to be two sides, and some people won’t understand.”

“It’s like Christmas every day, because then you see it build,” Rob Majury added. “I think we just had to allow her to make a decision and sort of support her. I think it’s going to help her heal. It sounds corny, but I don’t know what else you would do it for.”

Their daughter continues to win sponsorship offers as an influencer and reality TV producers are also reportedly expressing interest.