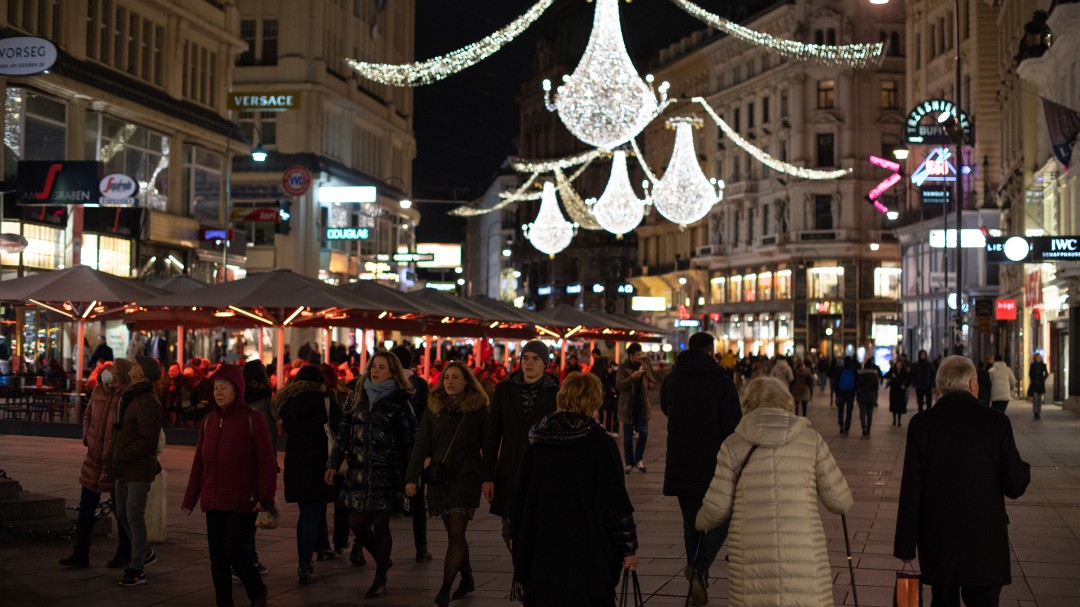 Austria has lifted the general confinement this Sunday, but it will remain in force for those who have not been vaccinated or those who have not had the disease, and although the numbers of infections were greatly reduced, there is still great hospital pressure, especially in ICUs. The restrictions will remain in force for the unvaccinated who, in addition, will face fines of up to 3,600 euros from February if they do not get immunized.

As of this Sunday, people who are not vaccinated can only leave their homes to go to work, where they must present a negative test every two days, or to make essential purchases, take a walk or exercise. They are prohibited from entering any non-essential entertainment or shopping venues.

In Austria, where less than 69% of the population is immunized with the full schedule, there are an estimated 1.4 million people over the age of 14 who have not yet been vaccinated. The government announced this week that it would not extend the general confinement beyond the scheduled date of midnight on the 11th, but stressed that the restrictions will remain in force for the unvaccinated.

The general lockdown has helped reduce daily infections to a third of their peak in late November. On Saturday, the last day of the general lockdown, there were 4,460 positives, a figure much lower than the 13,806 on November 22, when the closures began, although the situation in the ucis remains complicated.

While at the beginning of the confinement there were 562 patients in the ICU, now there are 573, although with a clearly decreasing trend from the maximum of 670 that was registered last Tuesday. With the confinement, bars, restaurants, hotels, leisure spaces such as theaters and museums, and all commerce except essential stores such as supermarkets, pharmacies and drug stores have been closed.

As national measures decline, each region now applies its own restrictions. For example, Vienna, the capital and the most populous city in the country, keeps bars and restaurants closed until the 20th, while Vorarlberg, which with 700.8 incidence per 100,000 inhabitants has the highest figure in the country, allows from today the openings.

The gastronomic and leisure spaces can only be accessed with a certificate of having been vaccinated or having overcome the disease. The use of masks in closed spaces is mandatory and there are capacity limitations to reduce possible infections.

The Austrian government of conservatives and environmentalists was the first in the European Union (EU) to introduce compulsory vaccination for the entire population. All the parliamentary formations, conservatives, environmentalists, liberals and social democrats, except for the far-right FPÖ have announced that they support mandatory immunization.

Demonstrations against the measure

The measure has been answered with several mass demonstrations in the last three weeks, the last, this same Saturday, brought together some 44,000 people in Vienna, according to the police. These protests are promoted and encouraged by the FPÖ, which has around 20% voting intention and is against mandatory vaccination and, in general, any restrictions due to the pandemic.

The leader of this formation, Herbert Kickl, has maintained that the coronavirus can be treated with a veterinary dewormer, ibuprofen and vitamin C, and the deputies of the formation refused to use masks in Parliament.