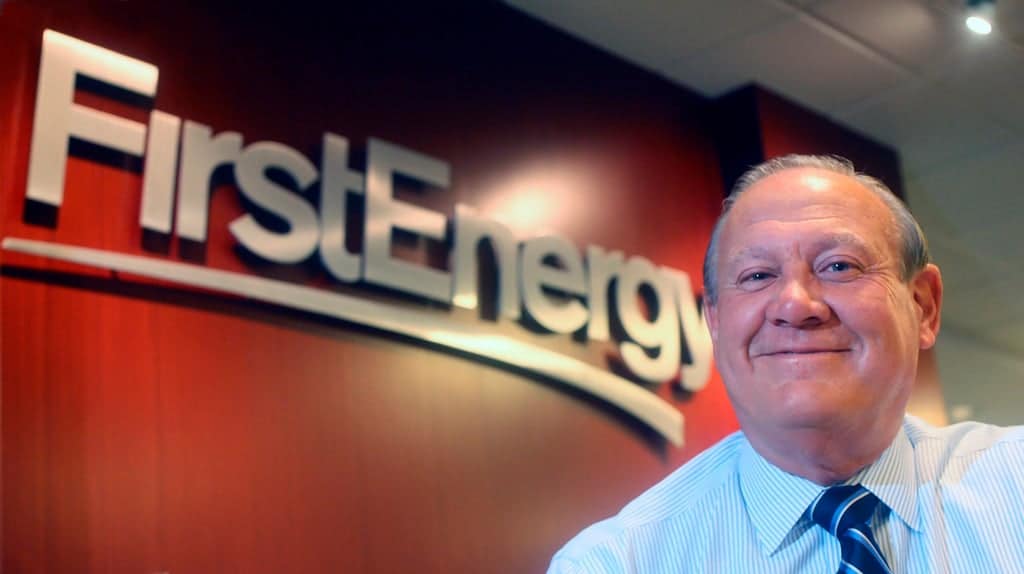 The two attorneys, under order from a federal judge to reveal the names, wrote in a court document that former FirstEnergy CEO Chuck Jones and senior vice president Michael Dowling were responsible for the company’s role.

Both Jones and Dowling were fired by FirstEnergy in October 2020 for violating the company’s policies and code of conduct — three months after federal investigators arrested one of Ohio’s most powerful politicians in what has been called the biggest corruption scandal in state history.

Although the firing of the two executives had implied the scheme was authorized at the highest levels of the company, this is the first time any FirstEnergy executives have been publicly linked to arranging the payments.

“Discovery received would have shown at trial that two senior executives of FirstEnergy devised and orchestrated FirstEnergy’s payments to public officials in exchange for favorable legislation and regulatory action,” the attorneys said in an affidavit.

Neither have been criminally charged in the investigation. Jones has long said he did nothing wrong. Messages seeking comment were left with their attorneys.

The attorneys initially balked at revealing the names at a hearing earlier in March, saying that publicly disclosing the names could be harmful to FirstEnergy and its related criminal and civil cases.

The judge’s order stemmed from a proposed settlement of lawsuits filed by shareholders on behalf of FirstEnergy against board members and top executives in the wake of allegations that the company paid bribes in exchange for a $1 billion bailout for nuclear plants operated at the time by a wholly -owned FirstEnergy subsidiary.

The settlement calls for FirstEnergy’s insurer to pay the company $180 million, minus attorney fees, on behalf of board members and company executives. Other provisions include an agreement that six longtime board members do not stand for reelection at FirstEnergy’s next shareholder meeting.

US District Court Judge John Adams had said he wanted to know why the settlement was reached without depositions from current and former FirstEnergy officials and why no effort had been made to force former company executives to return millions in compensation.

While none of the company’s executives have been charged, FirstEnergy in July said it would pay a $230 million criminal penalty as part of a deferred prosecution agreement with the US Department of Justice.

Ohio House Speaker Larry Householder, four associates and a dark money group were indicted in July 2020 on federal racketeering conspiracy charges for their roles in the bribery scandal. Federal authorities say the $60 million from FirstEnergy was used to get Householder supporters elected in order to help him win passage of the bailout legislation and to prevent opponents of the bailout from placing a referendum on the Ohio ballot.

Householder has pleaded not guilty and is scheduled to go on trial early next year.