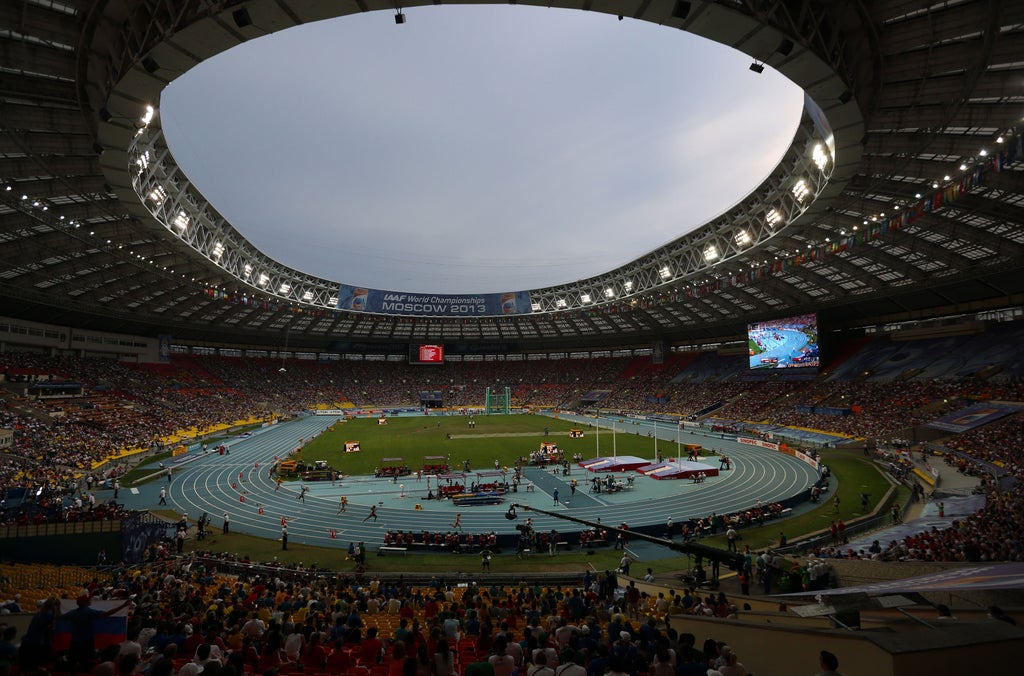 Russia has been further isolated from top-level international sport after its athletes were banned from World Athletics events “for the foreseeable future”.

All athletes, support personnel and officials from Russia and Belarus – which is assisting Russia’s invasion of Ukraine – are barred from World Athletics Series events including this summer’s World Championships in Eugene.

Track and field follows football in issuing a ban, with FIFA and UEFA announcing on Monday that all Russian national teams and clubs would be indefinitely barred from their competitions.

World Athletics president Sebastian Coe said: “The world is horrified by what Russia has done, aided and abetted by Belarus.

“World leaders sought to avoid this invasion through diplomatic means but to no avail given Russia’s unswerving intention to invade Ukraine.

“The unprecedented sanctions that are being imposed on Russia and Belarus by countries and industries all over the world appear to be the only peaceful way to disrupt and disable Russia’s current intentions and restore peace.

“Anyone who knows me will understand that imposing sanctions on athletes because of the actions of their government goes against the grain.

“I have railed against the practice of politicians targeting athletes and sport to make political points when other sectors continue about their business.

“This is different as governments, business and other international organizations have imposed sanctions and measures against Russia across all sectors. Sport has to step up and join these efforts to end this war and restore peace. We cannot and should not sit this one out.”

Russian athletes have been forced to qualify as Authorized Neutral Athletes (ANAs) since the national federation was suspended over serious doping offenses in 2015, but athletes from the country who had received ANA status for 2022 will now be banned.

Britain’s athletics head coach Christian Malcolm supported the World Athletics decision and said: “This is far, far bigger than sport. And it’s great to see that a lot of people around the world are coming together to be able to support those who are in this vulnerable situation.”

The International Paralympic Committee is meeting on Wednesday to discuss whether to ban Russian and Belarusian athletes from the Beijing Winter Games which officially open on Friday.

The IOC’s executive board issued a recommendation to international sports federations and event organizers on Monday to ban athletes and officials from those countries from their events “wherever possible” but it is unclear what the outcome of Wednesday’s meeting will be, with the IPC constitution stating the organization must be politically neutral.

The IPC did confirm that a full Ukraine team of 20 athletes and nine guides would be traveling to China for the Games.

The International Rugby League and European Rugby League have acted on the IOC advice and announced on Tuesday that Russian national teams were banned from their events.

A joint statement from the governing bodies said: “While the brunt of the Russian state’s indefensible actions are being borne by innocent Ukrainian civilians, both organizations also recognize the difficult position for the many Russian citizens who do not support the war.”

British Swimming has said it will not send a team to the World Short Course Championships this year and the 2024 European Championships, both due to be held in the Russian city of Kazan.

“This decision is taken out of solidarity with the people and athletes of Ukraine and with the safety of our athletes, staff and officials at the forefront of our minds,” a statement from the national governing body read.

The IOC recommended last week that international sports federations – such as swimming’s world governing body FINA – should relocate or cancel any events due to be held in Russia.

Economic sanctions are also set to have an impact on sport.

Alisher Usmanov, who has sponsorship links to Everton, has had his assets frozen as part of measures taken by the European Union.

The Uzbek-born billionaire’s USM Holdings sponsors Everton’s training ground, with an initial five-year deal announced in 2017, and has an option on naming rights for their new stadium – a deal worth £30million to the Merseyside club.

Labor MP Chris Bryant said on Tuesday he thought Usmanov would be added to the UK’s sanctions list “pretty soon” and said: “Everton should certainly be cutting ties with him already.”

“I think he’s terrified of being sanctioned. My anxiety is that we are taking too long about these things,” Bryant said.

In tennis, Ukrainian star Elina Svitolina changed her mind and agreed to face Russia’s Anastasia Potapova at the Monterrey Open in Mexico.

Svitolina had initially indicated her intention to boycott the match, but is now set to line up wearing Ukrainian colours.

“For sure it’s not going to be (just) another WTA match,” she told ITV.

“I feel like I have my country on my shoulders.”