Skip to content
Home News At the end of the eruption, the degassing of the flows will continue 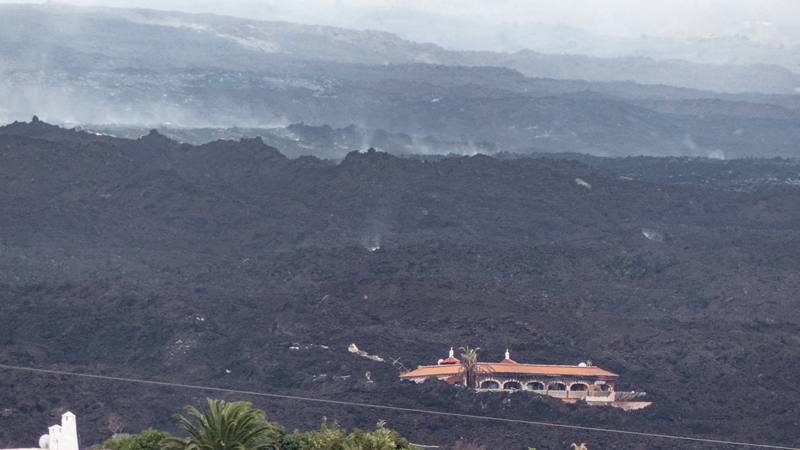 In the absence of less than 24 hours for the scientists to conclude the eruption of La Palma -this Saturday marks the ten-day period of inactivity that was established at the end of the lava and gas emissions-, the experts will not give by the end of the emergency and will continue attentive to the evolution of the volcano.

The spokesperson for the steering committee of the Special Plan for Civil Protection and Emergency Attention for Volcanic Risk of the Canary Islands (Pevolca), Miguel Ángel Morcuende, has highlighted that even if the eruption ceases, degassing still continues in the wastes and in the volcanic building.

Too Pevolca will remain active while rehabilitation work is carried out of essential services. The meetings of the steering committee, which are daily from September 13, will probably be “more spaced”, subject to new developments.

The The presence of gases in the evacuated areas of the volcano is one of the concerns and Morcuende has once again asked all the people to agree to clean their houses or collect objects to remain very attentive because there may be poisonous gases inside the houses, more stuck to the ground as they are heavier than air and that they are not perceive.

The advice is that you always have to be accompanied, ventilate the homes at least fifteen minutes before entering and do not access places below ground level, such as warehouses, parking lots or basements.

Everything indicates that the volcanic eruption is exhausted

Morcuende has detailed that the most outstanding thing in the last hours about the activity in the volcano is that there is still very hot areas at a shallow depth below the solidified crust of the castings. Thermal cameras have shown temperatures of over 180 degrees Celsius.

See also  On the way to the Goya 2022: “The question that I have been asked the most this year has been: 'When will your film be on Netflix?' | Culture

The scientific spokesperson for the Pevolca committee, María José Blanco, has confirmed that one more day there are no observable signs on the surface or notable measurements, so that everything indicates that the volcanic eruption is exhausted.

On December 19, an elevation of eight centimeters was detected in the station closest to the eruption centers, but today it has already been verified that it has completely reversed and that there are no deformations in the rest of the stations.

Gas emissions are occasional and sporadic in the area of ​​the eruptive cones and in the Jameos, but the sulfur dioxide measurements remain low. In addition, the levels of air quality in the inhabited areas of the Aridane Valley have not exceeded the alert thresholds for several days, both hourly and daily.

The seismicity is very weak

The days of Christmas and the official end of the volcanic eruption will also be accompanied by stable and dry weather, no presence of ash in the troposphere that may harm operations at La Palma airport.

Other indicators also remain in positive territory, such as seismicity, which is very weak, or tremor, which is practically non-existent, at background noise levels.

In the three hotels arranged by the Government of the Canary Islands to accommodate the people evacuated 560 people remain and there are another 43 dependents in the social health centers of the Cabildo de La Palma.