Skip to content
Home News “At least the table will be edible”: the viral thread about haute cuisine that ridicules dishes for their size | Gastronomy 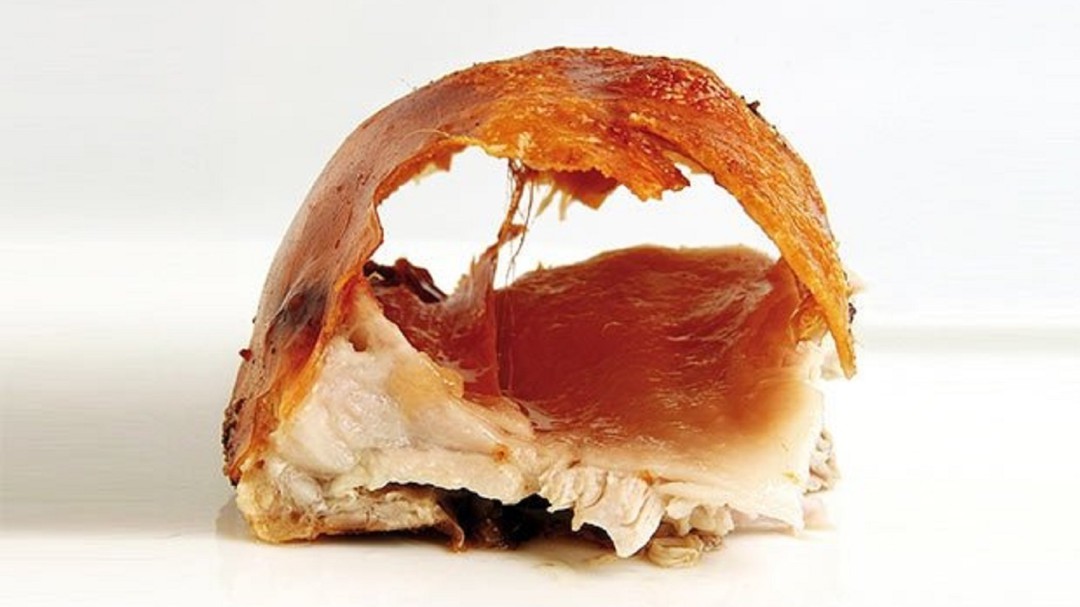 Haute cuisine has followers and detractors. There are those who praise its creative capacity, its refined aesthetics and also – we must not forget it – its ability to attract tourists with high purchasing power, activating a value chain from which hotels, taxis, shops, farmers, ranchers … benefit …

The great promoter of the so-called modern kitchen (although concepts such as avant-garde or techno-emotional are also used) was Ferran Adrià, who gave a complete turn to the only thing that, until then, was considered haute cuisine, and surprised the world with techniques such as spherification, foams, airs … The menus that were served in Cala Montjoi, in addition They were getting longer and longer, which required reducing the rations. How to eat 40 elaborations if they are not the size of a bite, if not?

The popularity of these techniques has spread throughout Spain and the rest of the world. But it has not always been liked by everyone. The detractors of this way of cooking did not take long to appear and, when they came across crude imitations of the original, their criticisms and jokes were even more. The hundredth thing is that a good part of the gastronomic press has been denouncing for years that some cooks have taken the issue to the absurdity. Of course, there are also those who seem to have preferred to eliminate any hint of creativity after the invention of the meatball.

A good example is the viral thread published this monday by tweeter Isabel Li Fake. A series of tweets in which he reviews some creations of the so-called haute cuisine for, based on the traditional dishes that have inspired them, ridicule them for their looks or their size. For some, endless laughter. For others, a display of bad taste and ignorance. From what is clear from your comments, in any case, it seems that you have not tried any of them.

FABADA.
THE ONE THAT I HAVE HANGING HERE. The one who cooked this, the most Asturian thing he has seen is the Twitter profile of Fernando Alonso. The photo is a teaser, right? BRING ME THE POTATO, PUSSY !! A helium balloon will create more gases for you than this little skewer. It is eaten with a coffee spoon pic.twitter.com/FypKLm6r4J

“The one who cooked this, the most Asturian thing he has seen is the Twitter profile of Fernando Alonso. The photo is a teaser, right? BRING ME THE POTA, PUSSY !! A helium balloon is going to create more gases for you than this pinchito. It is eaten with a coffee spoon “, he says of a minimalist version of Asturian bean stew in which a serving of compango is seen next to a small plate of beans.

“OMELET OF POTATOES IN TEMPURA. How great they have. You mean that you have put in a bowl the toenails that you just cut, a pinch of saffron, hull two eggs and season to taste. The Ecce Homo de Borja, omelette version It is eaten with chopsticks. Pellets dress yourselves, “he says of another of the shared images.

POTATO OMELETTE IN TEMPURA.
What the hell are they. You mean that you have put the toenails that you just cut into a bowl, a pinch of saffron, hulled two eggs and season to taste. Borja’s Ecce Homo, tortilla version. It is eaten with chopsticks. Dress your pellets. pic.twitter.com/qhGdmQLmKa

Of the image of a Russian salad, he criticizes, above all, the scarce quantity: “Look at the fork. That doesn’t even reach half a tooth. Come on, don’t take the Scattergories, we accept that face of Belmez with mayonnaise as salad. So Less, the board will be edible. If you pop a pimple on a plate, you get a bigger portion. “

Nor has he liked that the American chef Flynn McGarry, whom many know as ‘the Justin Bieber of the kitchen’ and that a few months ago, as a sign of his commitment to vegetable-based cuisine, he prepared in Madrid Fusión a kind of vegetable schnitzel (or cachopo) in which, instead of meat, it forms a kind of taco with a cabbage leaf stuffed with seaweed, mushrooms and rye pasta, then coated with flour and breadcrumbs, and finally fried.

MADRILIAN COOKED BY THE BROTHERS ROCA.
Let’s see, you can tell the truth: you cooked it, the dog ate it, it made him feel bad, and he vomited it. Nothing’s wrong, man. Well-plated coprophagia. Do not eat the six chickpeas, that goes to the parrot. Cooked yes the chef was going. pic.twitter.com/NVQBkVy00e

“Look, let the world stop, I’m getting off. An illuminated Yankee has come to Madrid Fusión to bread cabbage leaves, and fill them with seaweed and rye. AND CALL IT CACHOPO,” he says indignantly. Justin Bieber in the kitchen, they call him. Now I explain everything. We piss, and we say “…

He also ridicules the version of the Madrid stew from El Celler de Can Roca: “Let’s see, you can tell the truth: you cooked it, the dog ate it, it made him feel bad, and he vomited it up. It’s okay, man. Coprophagia well plated. Do not eat the six chickpeas, that goes to the lorza. Cooked, the chef was going. “

PACO RONCERO SNACK.
Ideal if you want your ass to become the barrel of a 50 caliber Barret rifle. The Titanic’s engine was less greasy. Your farts will smell like an olive grove in Úbeda. Your tricks will come out at a speed of 150 meters / sec. You will be THE KILLING MACHINE. pic.twitter.com/2njiP2KEB3

With the mockery about Paco Roncero’s sandwich it has not been so original because the oil meme has been circulating on the internet for a long time, but it could not be missing in this thread: “Ideal if you want your ass to become the barrel of a 50 caliber Barret rifle. The Titanic’s engine was less greasy. Your farts will smell like an olive grove in Úbeda. Your tricks will come out at a speed of 150 meters / sec. “

He also mocks, among other dishes, a lacquered suckling pig, Jordi Cruz’s free-range chicken with crayfish, a deconstructed sweet ‘gin-tonic’, octopus with pumpkin chips or the spicy bolognesa de carabineros (Diverxo), al which he compares with an “assortment of blackened snot from a forty-year-old runner” and also with “a fart spank after ingesting vegetable puree.”

SPICY BOLOGNESA DE CARABINEROS (DIVERXO).
On the left, an assortment of blackened snot from a forty-year-old runner. On the right, fart thrashing after eating vegetable puree. Decorated with spherified smegma. There are bigger seagull droppings. It paints to be cheap, well not much. pic.twitter.com/2CGLlPplFx

Many of his followers have cheered the author of the thread: “Haha, very good although you forget the best dish in a haute cuisine restaurant: Bread. Without it, you leave the restaurant hungrier than you entered”.

They do not like creativity so little, in fact, that they have been repeating the same joke for 20 years: “A business that I have been thinking about for a long time is to put a burger in front of a restaurant of these haute cuisine.”