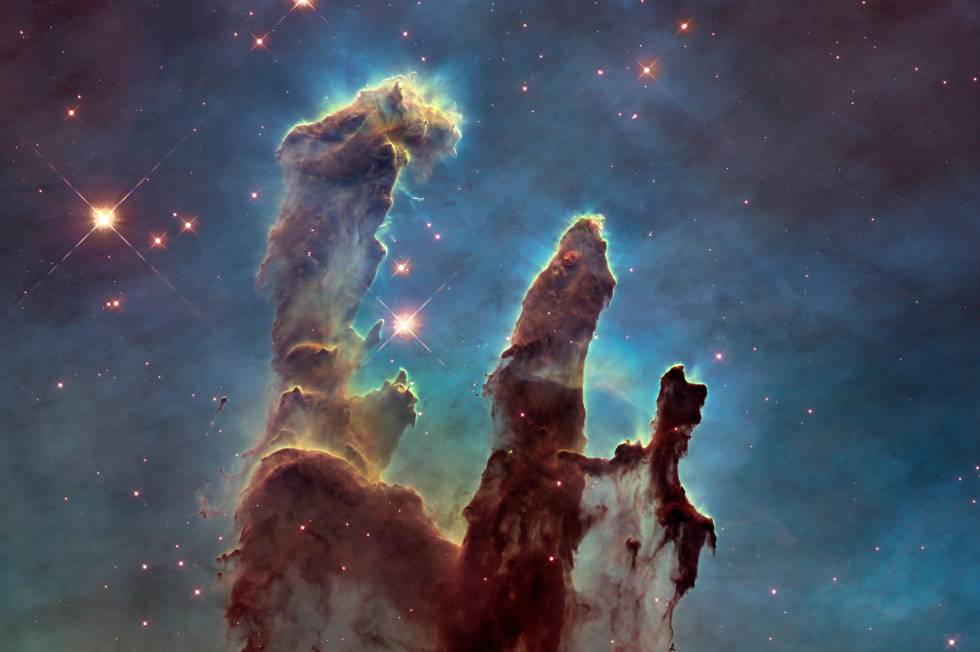 The universe dies. One or more things have been conspiring to kill him. And our galaxy, the Milky Way, is dying, it is not spared. The process is not new, it started a long time ago, but it seems hopeless. It is the end of the universe as we know it, paraphrasing the REM song. We are heading, very very slowly for the time scales that humanity manages, but without going back, to the twilight of our universe that will give way to a completely different one, which we could describe as quite hostile and dark for what we like. We explain it.

Some data. The Universe is about 14 billion years old. Today it is known that galaxies already existed when the universe was only about 400 million years old or 3% of its current age. Since then, galaxies and the stars that make them up have dominated the cosmos for most of its existence. More facts: the Milky Way, a normal galaxy that contains about 100 billion stars, today forms roughly one star like the Sun every year. Is that a lot or a little?

In astrophysics, in physics in general, and I would almost say that in life, it is best to face a problem by first doing what the Anglo-Saxons call an account on the back of an envelope and we usually call the old woman’s account, that is, simple operations but which also contain a lot of knowledge and wisdom. Then you can do more complicated things, but a first estimate of what a problem involves always helps to solve it. For example, without needing to know physics, if we wanted to know how long it would take by car, at an average speed of 100 kilometers per hour, to get from Madrid to Valencia, which are about 360 kilometers away, we divide one quantity by another and it gives us 3, 6 hours. That is the distance that separates me right now from a rice as the canons mandate. If we apply it to the Milky Way and do the old one: at the current rate of one Sun-like star per year, it would take 100,000 million years to form all the stars in our galaxy. But the universe is much younger than that! A simple account is telling us something very important about the universe.

In 2 seconds and with a simple division (and some data that I have pulled from my sleeve, that is the wisdom and experience of the old man), we conclude that the history of our house must have been much more interesting in the past. In fact, most of the galaxies around us left their heyday behind us long ago. What’s more, for the largest galaxies we know of, like the gigantic Messier 87, almost 100 times bigger than the Milky Way, more than 90% of their stars were formed in the first 20% of the life of the universe, and ever since. this galaxy is quite stopped, dead as astrophysicists say. By analogy with a person who lives 80 years, everything that this galaxy did was concentrated before turning 17; He lived to the fullest and then got carried away, at least as far as star formation is concerned.

And if we now consider not one or two galaxies but all those that exist (here is the day-to-day work of the extragalactic astrophysicist: consider all the galaxies that exist despite not having seen them all or even if the universe were infinite), We can say that the universe was much more alive 9,000 million years ago than today, it was much more interesting when it was less than half the age it is now. At that time stars were forming in the universe 20 times faster than today, supermassive black holes abounded that grew and grew swallowing gas, stars, planets and whatever they caught ahead. Perhaps those monsters are responsible for killing the galaxies, or for poisoning them so that they die little by little. The fact is that since that time the cosmic activity of star and galaxy formation has not stopped declining. In other words, galaxies have not been what they were for a long time, their activity is irretrievably decreasing and they no longer form stars in abundance, as in the past, so they are rushing towards their extinction.

This galactic crisis is something we learned only 25 years ago, it was taught to us by the Hubble and since then we have been studying the details of the galacticide carefully. Now, with the launch of the new space telescope, the James Webb, which has already been recharged with “fuel” to be launched in a few days, we will continue to investigate why the universe is dying, looking for the culprit or guilty.

Perhaps I was carried away by my anthropocentrism when I spoke of the universe dying. We do something similar with climate change, which will not end the planet, but will burden our lives as we know them (hopefully we will react and not be like that). The universe is not going to end either because galaxies and stars disappear. Something is simply killing them. Perhaps supermassive black holes, or perhaps dark energy. The fact is that, as in the Never-ending story, Nothing is destroying everything and there is no Atreyu or Bastián to stop it. The light is extinguished. The age of the stars will end and from it we will pass to a new universe, different, darker, cold, dominated by energies that seem strange to us and that we do not even know, more hostile to humanity, which will have become extinct or evolved enormously for When the moment comes.

Cosmic Void It is a section in which our knowledge about the universe is presented in a qualitative and quantitative way. It is intended to explain the importance of understanding the cosmos not only from a scientific point of view but also from a philosophical, social and economic point of view. The name “cosmic vacuum” refers to the fact that the universe is and is, for the most part, empty, with less than 1 atom per cubic meter, despite the fact that in our environment, paradoxically, there are quintillion atoms per meter cubic, which invites us to reflect on our existence and the presence of life in the universe. The section is made up of Pablo G. Pérez González, researcher at the Center for Astrobiology; Patricia Sánchez Blázquez, Associate Professor at the Complutense University of Madrid (UCM); Y Eva Villaver, researcher at the Center for Astrobiology.