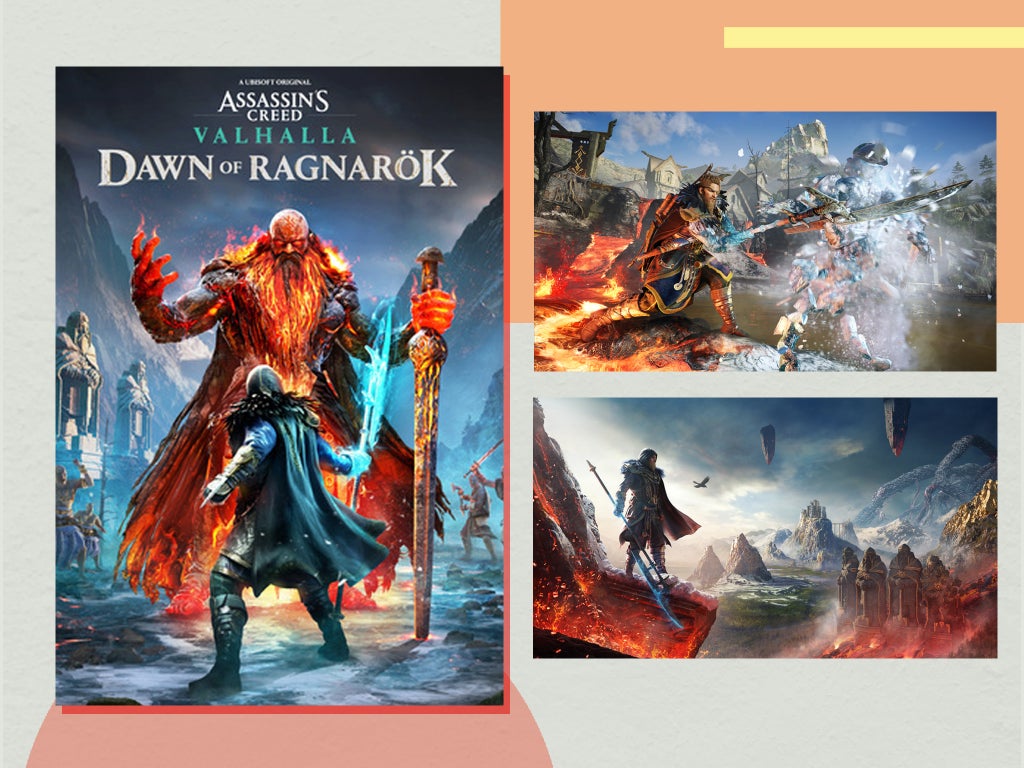 Dawn of Ragnarok is the upcoming third expansion to Assassin’s Creed Valhalla despues de Wrath of the Druids and The Siege of Paris. Where the former two took Ubisoft’s Viking saga to Ireland and France respectively, this new installation will explore the further reaches of Norse mythology in the dwarven realm of Svartelheim.

According to the developer, this latest entry into the Assassin’s Creed series is its largest and most ambitious expansion yet.

Not only does this new downloadable content bring players to a completely new region to explore, but it also offers 35 hours of new gameplay as well as new weapons and enemy types.

For those unfamiliar with Assassin’s Creed Valhalla, the game takes place in the 9th century through the memories of Viking warrior Eivor as they travel across England and Norway. Players will have a chance to explore further regions of the old Norse sagas through the memories of Odin as he leaves Asgard to locate his son de el Baldr in the dwarven region.

In an event hosted by Ubisoft, we were shown some new footage of Dawn of Ragnarok and learned more about its story, gameplay and new mechanics.

Dawn of Ragnarok takes place after the events of an optional story in Assassin’s Creed Valhalla which followed the Norse god’s journey to the land of the frost giants, Jotunheim, in order to seek a way to prevent Asgard’s destruction during Ragnarök.

This new story will take Odin to Svartelheim as he tries to save his son Baldr from the fire giant Surtr who has taken him prisoner. Odin will need to enlist the help of the dwarves who have been driven from their homes and forced into hiding by the “muspels” (fire giants).

As endgame content, it’s recommended that players reach a power level of 340 (the highest difficulty level set in most regions of the game) before starting.

If players have yet to reach this level there is an option to receive a level boost in order to play the contents of the DLC.

Odin will have access to a number of new tools in Dawn of Ragnarok to fight the giant invaders. A new weapon class known as an “atgeir” has been introduced, which is wielded like a polearm and uses a new combo system that can strike enemies in a wide reach.

Another new tool available to Odin is the “Hugr-rip” which can be used to harness the power of enemies in a variety of different combinations. One we saw was called “the power of the raven” and allowed Odin to transform into a raven to perform air assassinations as well as travel across greater distances. Another power we saw was called the “power of rebirth” and gave Odin the ability to revive fallen enemies as allies.

Each of these abilities are powered by “hugr” which can be built up by defeating enemies. Once one of these powers are activated, they remain active until the remaining hugr is depleted. If Odin depletes this in the middle of a fight it can leave him vulnerable, so players will need to keep an eye on how much hugr they are consuming during gameplay.

Dawn of Ragnarok will be released on 10 March 2022 as downloadable content for Assassin’s Creed Valhalla on Playstation and Xbox consoles as well as PC.

Looking for another epic fantasy role-playing adventure? Check out our full explainer of ‘Elden Ring’ from the creators of ‘Dark Souls’ and ‘Game of Thrones’