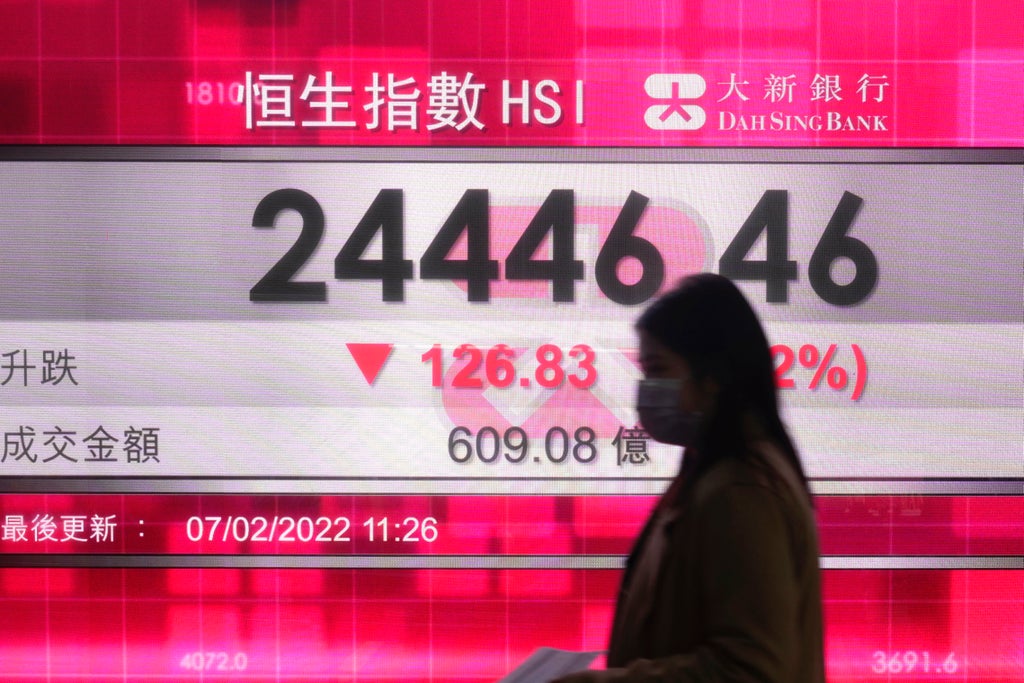 Asian stocks fell on Monday, although the benchmark Shanghai index jumped after markets reopened from the Lunar New Year holiday.

Tokyo, Seoul, Sydney and Hong Kong all fell despite an unexpectedly positive US jobs report on Friday.

Investors were eyeing moves from the central banks of India, Indonesia and Thailand, which are set to decide on monetary policy within the week.

This week brings earnings reports from some of the largest companies in the region, including Japanese automakers. They can provide updates on computer chip shortages and other disruptions and pressures related to the pandemic.

The rise in COVID infections in the region due to the omicron variant is also weighing on confidence. Much of Japan is under a government-backed request that restaurants and bars close early to stem the explosive growth in cases and hospitalization.

Although about 80% of Japanese people have received two injections, only about 5% have received the booster. Prime Minister Fumio Kishida is expected to announce an initiative to increase inoculations, Japanese media reported.

The Labor Department said employers added 467,000 jobs last month, tripling economists’ forecasts. Some economists were even expecting job losses amid January’s spike in coronavirus infections due to the omicron variant.

Treasury yields rose immediately after the release of the jobs report, following forecasts that the Fed will raise short-term interest rates more aggressively than expected.

“With most of the major tech gains being released, the Fed’s policy outlook may once again take center stage in the new trading week,” IG’s Jun Rong Yeap said in a commentary.

Market watchers will also be keeping an eye on new US inflation and jobless claims data due out on Thursday.