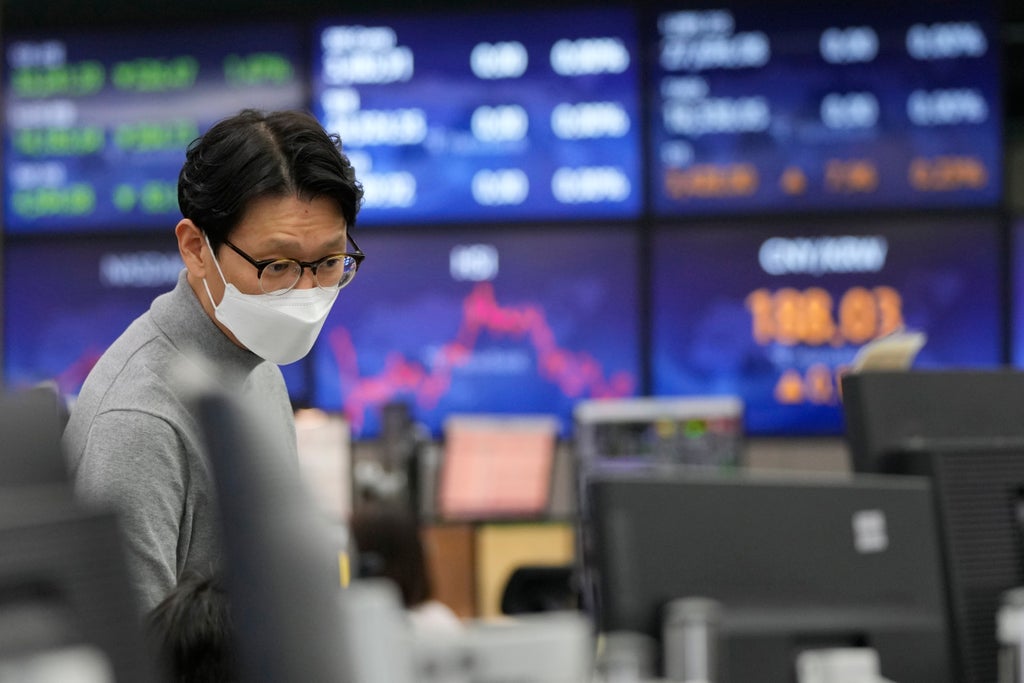 Share fell Friday in Asia after Wall Street retreated on news that US inflation jumped 7.5% in January, raising expectations the Federal Reserve will need to move forcefully to cool the economy by raising interest rates.

The S&P 500 sank 1.8% on the report inflation was the hottest since 1982. Bond yields jumped as traders bet the Fed may have to apply the brakes to the economy with a bigger-than-usual hike in interest rates next month. The yield on the 10-year Treasury topped 2% for the first time since August 2019, according to Tradeweb.

Asian economies also are feeling the heat of sharp price increases, with some like New Zealand already moving to raise interest rates. Others are holding off — central banks in Thailand, Indonesia and India opted this week to keep their benchmark rates unchanged.

Some countries in the region, such as China and Japan, are contending with both higher prices and slow growth and some are still entangled in coronavirus outbreaks that are clouding the outlook for their recoveries from the pandemic.

The mild initial reactions to the price data outside the US suggest “markets may want to look towards economic data to guide expectations, considering that we have seen many central banks walked back on their inflation stance,” Jun Rong Yeap of IG said in a commentary .

“We will be getting inflation readings out of China next week, which will be one to watch considering its impact on global prices,” he said.

See also  After a slow start, Thiago is beginning to make Liverpool tick at just the right time

Trading has been volatile this year as investors puzzle over how quickly and by how much the Fed will raise interest rates to tame surging inflation. The benchmark S&P 500 has fallen three out of the last five weeks and is now 6.1% below the all-time high it set Jan. 3.

Inflation has been building as the economy roared back from the pandemic. Supply shortages and snags in global supply chains also pushed inflation higher, and prices at the consumer level were up 7.5% last month from a year earlier.

A separate report Thursday said fewer workers filed for unemployment last week than expected. That’s encouraging for workers, but it could add to upward pressure on inflation.

The strong jobs market and high inflation have forced the Federal Reserve to begin removing the massive aid it’s poured into financial markets throughout the pandemic. Raising interest rates could help rein in inflation, but would also put downward pressure on all kinds of investments, from stocks to cryptocurrencies.

In the bond market, yields jumped most for shorter-term Treasurys. The two-year yield jumped to 1.62% from 1.36% late Wednesday. That rate tends to track expectations for what the Fed will do.

In other trading, US benchmark crude oil shed 58 cents to $89.30 per barrel in electronic trading on the New York Mercantile Exchange. It picked up 22 cents to $89.88 per barrel on Thursday.

Brent crude, the price basis for international oils, lost 76 cents to $90.65 per barrel.