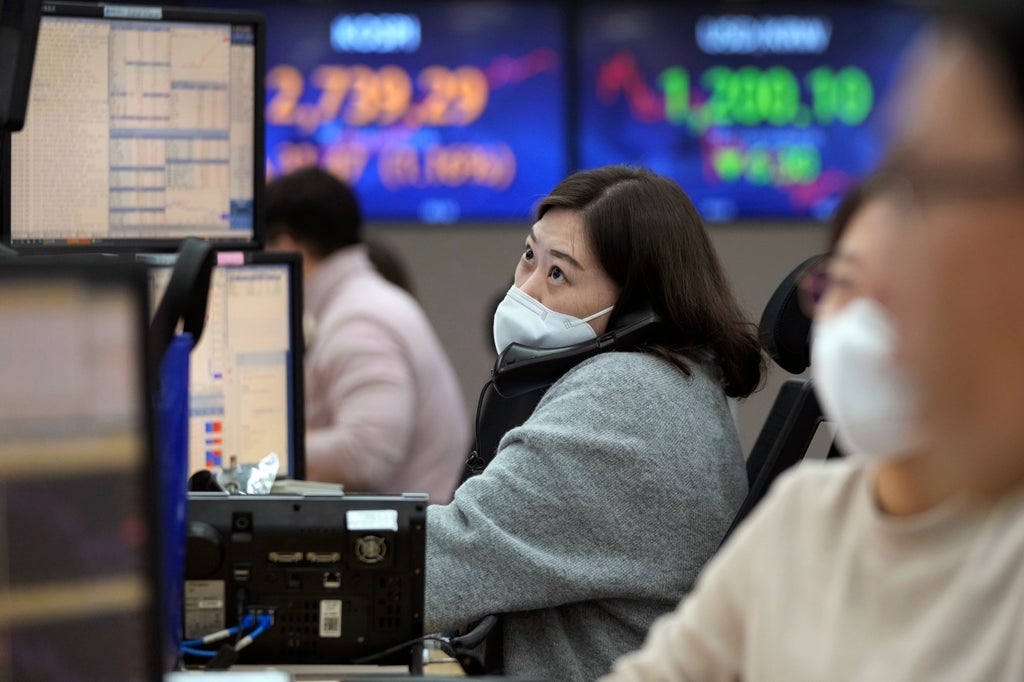 Thursday’s retreat in New York ended a four-day winning streak for the market.

The 26.4% wipeout in Meta Platforms, as Facebook’s owner is now known, erased more than $230 billion in market value, easily the biggest one-day loss in history for a US company. The stocks of other social media companies including Twitter and Snap also fell.

But Asian markets were little affected. Trading has been mutated this week, with Chinese markets closed and coronavirus cases still surging in Asia, especially in Japan and Hong Kong,

Investors are watching for the latest update on the recovering US jobs market. The Labor Department will release its monthly report for January on Friday.

On Wall Street, Meta sank after forecasting revenue well below analysts’ expectations for the current quarter following privacy changes by Apple and increased competition from TikTok. It was a disappointment for a company that investors have become accustomed to delivering spectacular growth. Meta also reported a rare decline in profit due to a sharp increase in expenses as it invests in transforming itself into a virtual reality-based company.

Big technology and communications companies played a big role in driving gains for the broader market throughout the pandemic and much of the recovery in 2021. But investors have been shifting money in expectation of rising interest rates, which make shares in high-flying tech companies and other expensive growth stocks relatively less attractive.

Bond yields rose sharply on Thursday. The yield on the 10-year Treasury note, which is used as a benchmark to set interest rates on mortgages and many other kinds of loans, rose to 1.84% from 1.76% late Wednesday.

The Federal Reserve is planning its first interest rate hike in March, aiming to tamp down inflation that has arisen to 40-year highs. Those higher costs will likely persist until supply chains loosen and help ease costs for businesses and perhaps lower prices for consumers.

Brent crude, the basis for pricing international oils, added 28 cents to $91.39 per gallon.