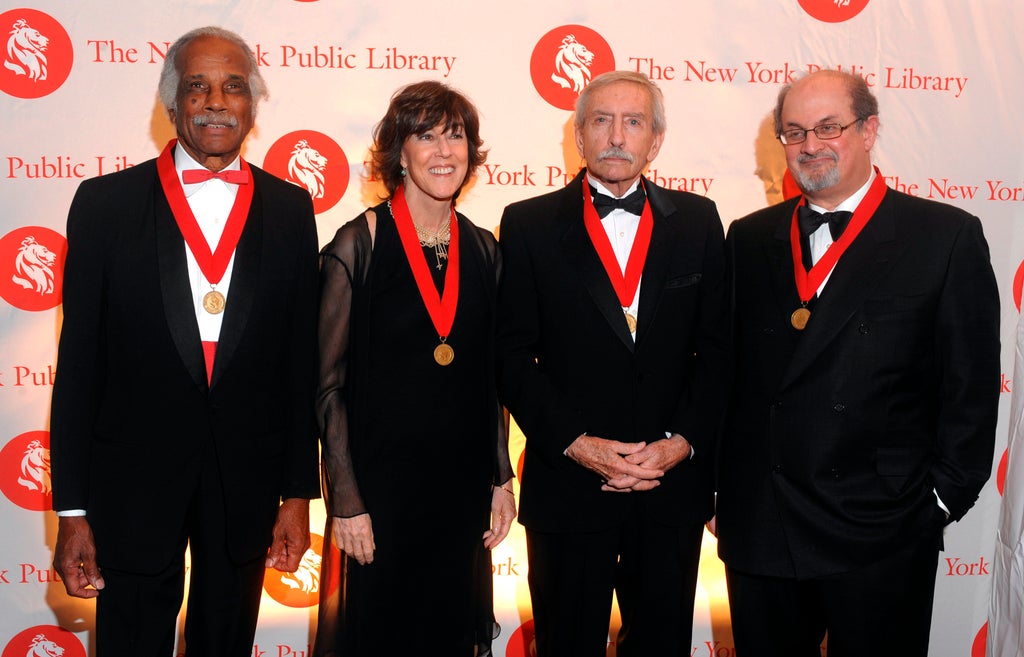 Ashley Bryan, prolific, award-winning children’s author and illustrator who told stories of African-American life, culture, and folklore in such acclaimed works as “Freedom Over Me,” “Beautiful Blackbird,” and “Beat the Story-Drum, Pum-Pum, ” has died at the age of 98.

Simon & Schuster Children’s Publishing announced that the former Maine resident died “peacefully” on Friday in Texas, where he had been staying with relatives.

“He was an early, quiet, and potent force for bringing children of color and issues of racial diversity into the canon of children’s literature, committed to opening the eyes of children of all backgrounds to a wide range of issues. through poetry, folk tales, spirituals. and biblical narratives,” reads the publisher’s statement.

Bryan was a Harlem native who showed an early talent for drawing and for a time was the only black student at Cooper Union’s art school in Manhattan. He served in a segregated military unit for two years during World War II, an experience he recounted in his memoir “Infinite Hope: A Black Artist’s Journey from World War II to Peace,” and resumed his art studies after the war.

Bryan has worked on more than 70 books and received numerous honors, including the Coretta Scott King Awards, given for the best work of the year by a black author or illustrator, for the folk tales “Beautiful Blackbird” and “Beat the Story-Drum, Pum -Boom.” He also received two lifetime achievement awards: the Laura Ingalls Wilder Award (now known as the Children’s Literature Legacy Award) and the Virginia Hamilton Award.

Survivors include her brother Ernest and “much loved” nieces and nephews, according to Simon & Schuster.

“I am deeply saddened to learn of Ashley’s passing,” Governor Janet Mills said in a statement Saturday. “He was a wonderful, happy man with a deep, rich history, a great imagination, and a beautiful, childlike soul. I am so grateful that I was able to spend time with him last year. During our lunch he spontaneously recited Langston Hughes, Shakespeare’s love sonnets, and other wonderful verse.”

Mills had proclaimed July 13, 2020, as Ashley Frederick Bryan Day in Maine to commemorate Bryan’s 97th birthday. A memorial service will be held in Isleford on July 13.

Bryan also taught art, including at Dartmouth College from 1974 to 1988, before moving to Maine.

During World War II, he was drafted into the US Army and fought in Europe, the Bangor Daily News reported, hiding drawing materials in his gas mask so he could draw his fellow soldiers. He was part of the D-Day invasion of Normandy, France, at Omaha Beach in June 1944.

After the war, Bryan continued his studies in Europe. He credited sketches he made of musicians at a festival in France for “opening his hand” and giving him a lasting style and focus, the Daily News reported.

“I knew that if I could find the rhythm of whatever it was that I was experiencing, I could do all my work and know who I am, keep trying to get to the core of who I am,” Bryan said in a 2014 interview with the newspaper. “And it didn’t matter if I was doing a painting, if I was doing a puppet, a sea glass panel, doing a book, everything is trying to tap into that inner mystery of who I am.”