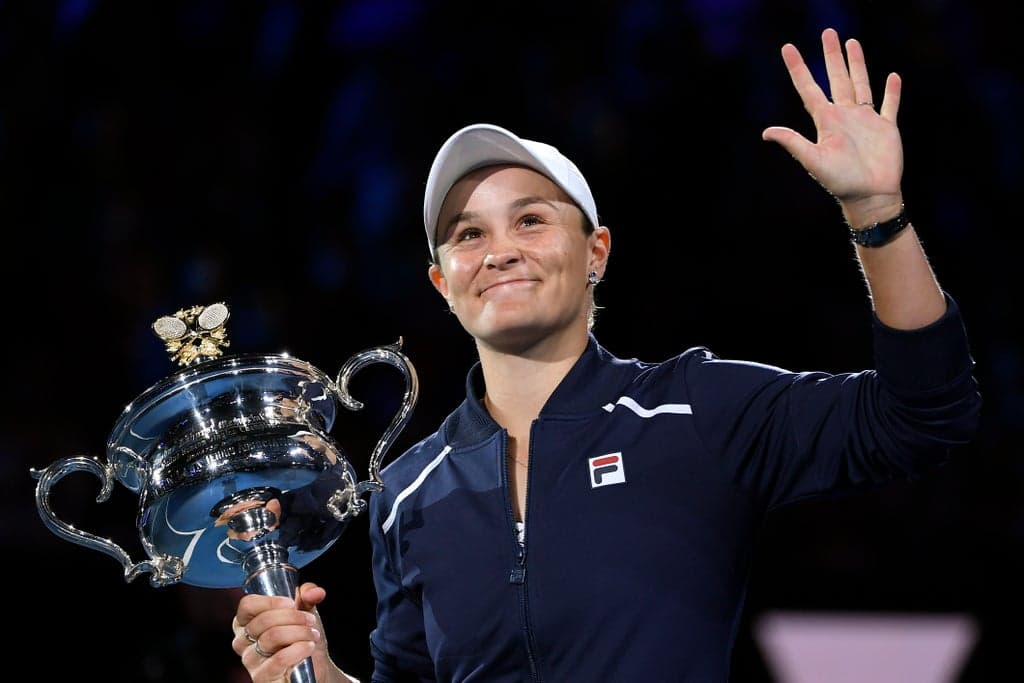 World number one tennis player Ash Barty has rocked the sporting world as she announced her shock retirement from the game at the age of 25.

Barty, who was at the peak of her career as the reigning Australian Open and Wimbledon Champion, dropped the bombshell news in an emotional sit-down interview with close friend and former doubles partner Casey Dellacqua on Wednesday.

“There is no right way, no wrong way — it’s just my way. And this is perfect for me, to share it with you, to talk to you about it, with my team, my loved ones, that I will be retiring from tennis,” the Australian star, whose full name is Ashleigh Barty, said while holding back tears.

Barty was the first home-grown player in 44 years to win the Australian Open men’s or women’s singles title in January and joined the most exclusive club in tennis royalty as she won major titles on three different surfaces: clay, grass and hard courts.

Barty said she knew that the time was right to step away and “chase other dreams and to put the rackets down.”

The tennis star cited physical and emotional burnout and said she has “nothing more to give”.

“I said it to my team multiple times: I don’t have it in me, I don’t have the physical drive, the emotional want, and kind of everything it takes to challenge yourself at the very top of the level anymore, she said.

“I just know I am spent, physically I have nothing more to give. That for me is success, I’ve given absolutely everything I can to this beautiful sport of tennis,” she added.

“I’m really happy with that. For me that is my success.”

Her announcement was described as “bittersweet” by sporting personalities and fans alike, who hailed her as a “legend” and said they will miss her seeing her out on the court.

Australian Prime Minister Scott Morrison described her as “all class” and thanked her for “inspiring a generation”.

“I do want to say thank you for inspiring a country, inspiring a nation at a time when this country really needed a good shot in the arm. Of course, none of us will forget the triumphant win in Wimbledon and none of us will ever forget that incredible comeback down there at the Australian Open this year.”

The Women’s Tennis Association (WTA) chief executive Steve Simon called her the “ultimate competitor” and said she “has always led by example through the unwavering professionalism and sportsmanship she brought to every match”.

“Ashleigh Barty with her signature slice backhand, complemented by being the ultimate competitor, has always led by example through the unwavering professionalism and sportsmanship she brought to every match,” read a statement from Mr Simon.

“With her accomplishments at the Grand Slams, WTA Finals, and reaching the pinnacle ranking of No.1 in the world, she has clearly established herself as one the great champions of the WTA.”

Romanian tennis player Simona Halep said: “Ash, what can I say, you know I have tears right?

“My friend, I will miss you on tour. You were different, and special, and we shared some amazing moments. What’s next for you? Grand Slam champion in golf?! Be happy and enjoy your life to the max xo Simo,” she added.

The leader of the Australian Labor Party, Anthony Albanese, described her as a “magician on the court” and said “as you climbed to the very top, you lifted us all”.

Czech tennis player Petra Kvitová said tennis will never be the same without her and that Ash has shown her “true class leaving tennis in this beautiful way”.

“I am so happy I could share the court with you… tennis will never be the same without you! I admire you as a player and a person… wishing you only the best!” she said.

American tennis player Shelby Rogers said: “What a legend. Incredible inspiration on and off the court. One of the best human beings I’ve ever met. Our number 1! Best of luck.”

After starting her professional tennis career in 2010, Barty took an indefinite break in 2014 when she ranked outside the top 200 and cited intense demands of the game. Only 18 at that time, she said she wanted to experience life “as a normal teenaged girl”.

See also  Groom slammed for attending own wedding to bride, 16, in jeans and T-shirt

She returned to the court in 2017 and went on to dominate the sport with a run of success, winning 25 of her last 26 matches and three of her past four events.

During her 21-month sabbatical from tennis, Barty played cricket with the Brisbane Heat in the Women’s Big Bash League.

“I know I’ve done this before,” Barty said with a laugh in the video, “but it is a very different feeling. I’m so grateful to everything that tennis has given me.”