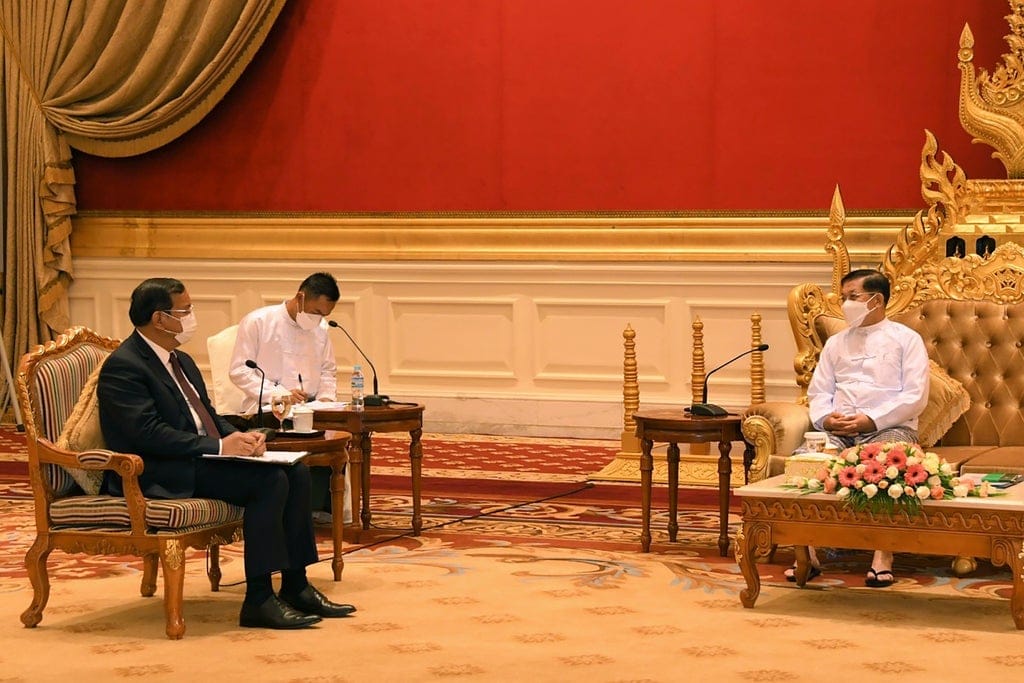 Prak Sokhonn, representing the Association of Southeast Asian Nations, spoke after his return from a visit to military-ruled Myanmar, which was plunged into an extended violent political crisis after the army seized power last year.

He said he was encouraged by the military government allowing him to meet with various parties to the conflict, but pessimistic about immediate chances for a ceasefire to end the violence.

Popular discontent with the military’s ouster of the country’s elected leader, Aung San Suu Kyi, has turned into what some UN experts have characterized as a civil war, leading as well to a humanitarian crisis with hundreds of thousands of displaced people.

Prak Sokhonn held discussions Monday and Tuesday with Myanmar’s leader, Senior Gen. Min Aung Hlaing, and members of his cabinet about ASEAN’s five-point consensus on Myanmar, issued in April last year. He also met with diplomats from other ASEAN countries and the UN, as well as Ko Ko Gyi, a Myanmar politician best known as an activist in the failed 1988 uprising against military rule.

A major sticking point had been Myanmar’s refusal to let a previous ASEAN special envoy meet with Suu Kyi, who has been in detention since the army seized power in February 2021. ASEAN in response ostracized Myanmar by blocking its leaders from attending major meetings of the regional grouping. Min Aung Hlaing was not invited to last October’s virtual meeting of ASEAN leaders because of the disagreement.

Prak Sokhonn said Min Aung Hlaing repeated his previous public explanation that under the law, meetings with Suu Kyi were not allowed as long as there were legal proceedings under way against her. She has been charged with more than a dozen offenses in what her supporters claim is just a perversion of justice to keep her locked up and out of politics.

Prak Sokhonn said Min Aung Hlaing declared he would in the future give consideration to all requests to meet with Suu Kyi as well as other figures.

The Cambodian diplomat described the general’s position as “like opening a window to let in the light,” by paving a way for all concerned parties to eventually achieve national reconciliation.

He said, however, that the contending parties currently did not seem to want to negotiate, and instead keep fighting.

Humanitarian aid is stockpiled in Myanmar, but it could not be distributed because of the ongoing fighting, Prak Sokhonn said, adding that he proposed holding a conference of all concerned parties in April or May to discuss the fair distribution of assistance.

Opponents of the military government have criticized ASEAN for failing to do more to help restore peace and democracy, but the main opposition group, the self-styled National Unity Government, has said it is willing to engage with the regional grouping.

See also  When is the Sue Gray report due? Boris Johnson set to make announcement today