Skip to content
Home News As Canada protests persist, so do challenges for Trudeau 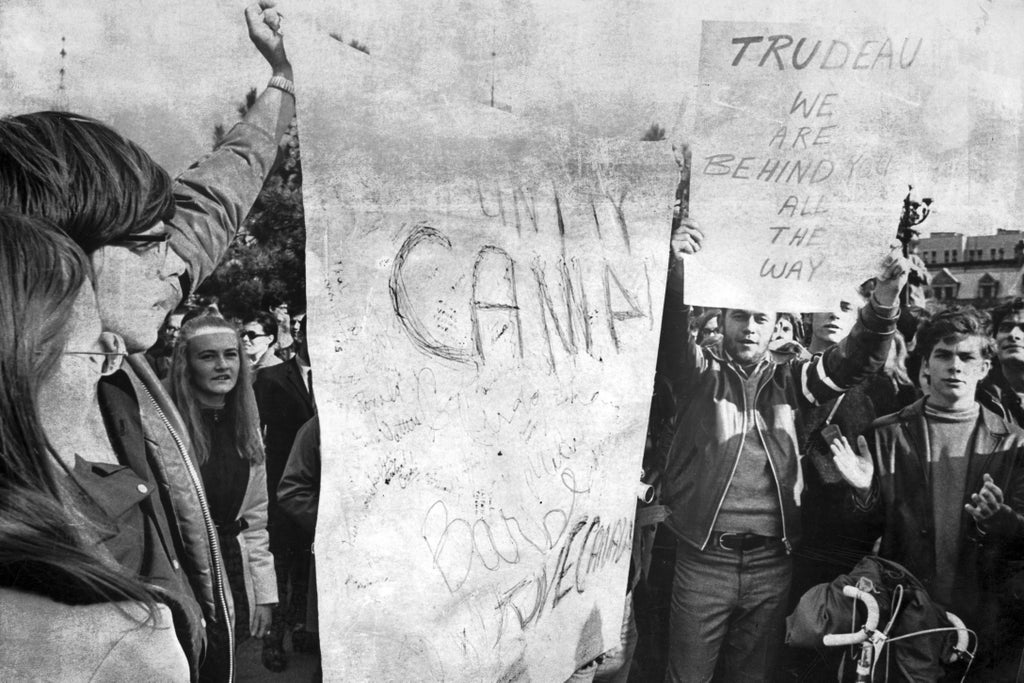 Canada has endured bitter divisions in the past, but the current wave of disruptive protests over COVID-19 restrictions is unprecedented to the extent it has undermined public trust in government leadership, starting at the top with Prime Minister Justin Trudeau.

On Monday, as criticism of his hands-off approach mounted, Trudeau finally took forceful action against the truckers and other protesters who have laid siege to parts of Ottawa, the capital, for more than two weeks. The prime minister invoked emergency powers that could freeze protesters’ bank accounts, target crowdfunding sites used to support them and ban blockades at border crossings, airports and in Ottawa.

Unsurprisingly, the pronouncement further angered the protesters and many of their conservative backers; a wave of social media posts denounced Trudeau as a tyrant. But there was also little enthusiasm for the move anywhere else on Canada’s political spectrum.

While the pronouncement may halt a sharp recent drop in Trudeau’s approval ratings, he may not recover his former popularity, said Nelson Wiseman, a political science professor at the University of Toronto.

“Trudeau has become a more polarizing leader than he once was,” Wiseman said. “The chance of him contesting the next election, whenever it comes, has been lessened.”

The Toronto Star, normally supportive of Trudeau, said in an editorial that emergency powers wouldn’t have been needed if political and police leaders had responded effectively early on.

“Many will cheer the Trudeau government’s decision to invoke the Emergencies Act,” the Star said. “But we will not join the cheering. Federal emergency powers may now be necessary as a last resort, but going that route is a shocking admission of failure by governments at all levels.”

The Canadian Civil Liberties Association was also critical, saying the protests did not meet the threshold for invoking emergency powers.

“Governments regularly deal with difficult situations, and do so using powers granted to them by democratically elected representatives,” the association said. “Emergency legislation should not be normalized. It threatens our democracy and our civil liberties.”

The protests have been depicted in some international news coverage as a dramatic rupture of norms in a country viewed as peaceful and polite. But that stereotype has never been fully accurate — as evidenced by recent mass murders, a gunman’s deadly attack on Parliament Hill in 2014 and a series of blockades pitting indigenous protesters against police.

From 1963 through 1970, separatist militants in Quebec carried out scores of robberies and bombings in a campaign culminating with the kidnapping and murder of a provincial minister in October 1970. The prime minister at the time was Justin Trudeau’s father, Pierre Trudeau, who invoked the War Measures Act so that armed soldiers could deploy in Quebec streets and police could make arrests without charge.

The younger Trudeau, even while invoking emergency powers, said he has no plans to deploy the military to disperse the protests — in effect, drawing a contrast with his father’s choice.

“He thought it was a show of strength to ignore the protesters, but that didn’t go down well with some of his supporters,” Pilon said. “They felt he should have at least talked to them.”

“His father knew what to do to, and Justin doesn’t,” said Robert Bothwell, a professor of Canadian history and international relations at the University of Toronto. “I look at Justin and I do very much wish we had a more obviously strong person at the helm. I think a lot of Canadians feel like that.”

Often branded a “liberal elitist” by his critics, Trudeau refused to meet with the protesters, some of whom called for his government to be overthrown. He depicted protesters as an anti-vaccine “fringe” fueled by disinformation and conspiracy theories.

Trudeau is still remembered for evoking the prospect of “sunny ways” when he took office in 2015 at age 43, the second-youngest Canadian prime minister ever. There have been numerous setbacks since then, but he has been re-elected twice, most recently in September.

In theory, Trudeau could run again when the next election is held within the next few years. But there are widespread doubts that he will do so, given the drop in his popularity and the animosity toward him in much of western Canada.

“If he runs, the election will be more about him than any particular issue,” said the University of Toronto’s Wiseman. “He will be perceived as having overstayed his welcome from him.”

The truckers’ protest began in Alberta, a long-time bastion for Canadian conservatives and one of four provinces, along with Manitoba, Quebec and Saskatchewan, whose premiers have opposed the prime minister’s invocation of emergency powers this week.

The demonstrators in Ottawa — and at protests and blockades elsewhere in Canada — have declared vaccine mandates for truckers and other COVID-19 precautions, and also denounced the overall performance of Trudeau’s Liberal Party government.

Even as Trudeau’s approval ratings dipped, however, polls show that most Canadians have supported the pandemic restrictions. The vast majority of Canadians are vaccinated, and the COVID-19 death rate is one-third that of the United States.

For Trudeau, the protest campaign has had international overtones. The truckers’ so-called Freedom Convoy has been cheered on by right-wing figures in the United States, including Fox News personalities, former President Donald Trump and Texas Sen. Ted Cruz. A big chunk of the money donated to support the protests also has come from the US

Grace Skogstad, a University of Toronto political science professor, said the fallout from Trudeau’s emergency order will depend on whether it succeeds in ending the upheaval.

“If the protesters can be cleared out without anyone getting injured and soon (by the weekend), it will be hard for critics to oppose his actions,” Skogstad said via email. “But let’s face it, the conservative right will always be critical of Trudeau.”

Nik Nanos, a pollster whose Ottawa office affords him a close-up view, doubts that the protesters — including many families with young children — will disperse any time soon.

“In my view, this is the equivalent of an Occupy Wall Street movement that will be at the front door of the House of Commons for a long time,” he said. “These truckers want to be in the face of politicians every day until these restrictions are lifted.”