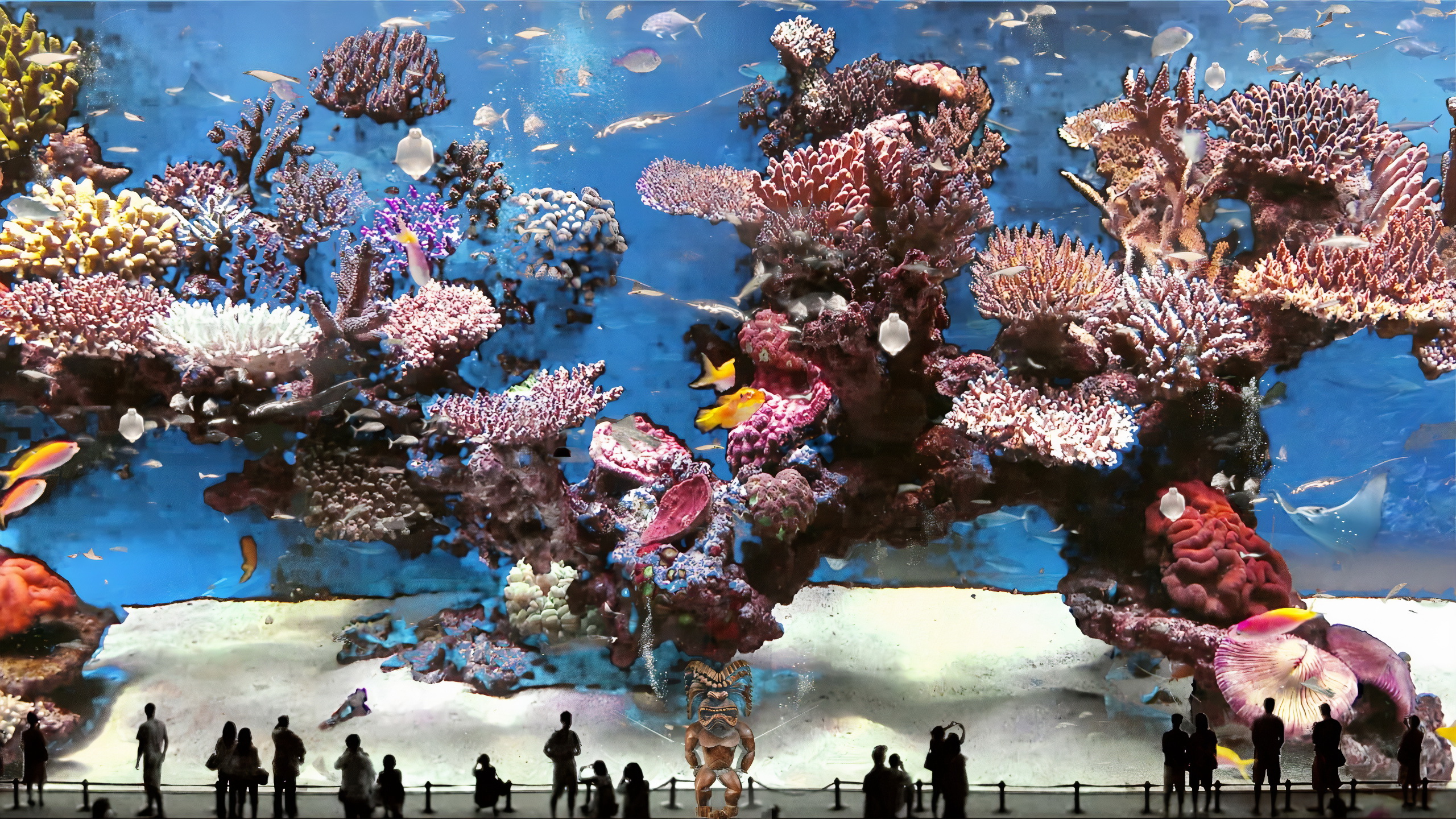 Towards the end of that 1967 Leonard Cohen song titled Suzanne, the protagonist leads us by the hand towards the river and, while the sun pours its rays as if they were honey, invites us to look “among the garbage and the flowers”. With the complicity of that moment, Ayna Gleizer (Moscow, 1992) and Pablo Fernández Velasco (Madrid, 1991), born more than 30 years after the song, have curated an exhibition at the Le 6b de Saint-Denis art center ( north of Paris) with the same title: Among the Garbage and the Flowers. The show opened in October, then moved to the Oxford Museum of Natural History and finally reached Glasgow, where it was seen during the recent climate summit. He will leave for Berlin shortly. What Suzanne, the exhibition also seeks answers: can the imaginary division between the urban and the wild be challenged? Is there an opposition between art and science? How to connect artists and scientists to tackle the climate crisis?

Among the works we see How We See It, the invisible mind map of the artist Alice Hackney that the visitor discovers with ultraviolet flashlights, as a science anthropologist would do his fieldwork during an environmental investigation. The multimedia work Dust invites you to plunge your hands into a bowl full of powder and then blow it on. Treasury of Tethers it is a blank dictionary of terms from the natural world whose meanings must be revealed by the ingenuity of the spectators. Nature’s ­Kitchen It is an installation of the microbiologist Katja Lehmann in which drinks and foods such as kefir or cambucha are tasted. And the work of the British engraver Jenny Lines studies the change of mood of landscapes (landscapes complain about environmental deterioration). Lines works in collaboration with laboratories alarmed by the state of the oceans and the increase in greenhouse gases.

See also  Halo star Shabana Azmi interview: 'Why is it assumed all the best parts must only go to the Caucasians?'

Anya Gleizer studied both Biology and Fine Arts at the Edinburgh College of Art and is a PhD candidate at the Oxford University School of Geography, where in 2018 she founded the art and science platform Flute & Bowl. Pablo Fernández Velasco is a philosopher and researcher in cognitive sciences. He continues his research at the Jean Nicod Institute in Paris and at the University College, London.

As both are convinced that art must contribute new ways of thinking in the ecological transition that today’s society lives, they have brought together scientists and artists to reflect on it. Gleizer comments: “Due to the specific nature of our project (the necessary collaboration with the labs), we need people who want to engage with each other and build together. We avoid egocentric (even if they have stellar résumés) because they contribute little to the collective. I do not believe that planetary issues such as ecological injustice or the climate crisis are going to be solved by a single field. Launching collaborations between artists and scientists is the way to see these conflicts for what they are: social, political and psychological crises as well as ecological tragedies ”. According to Fernández Velasco, “to think that the urban and the wild are antithetical is, in a way, to grant a radical exceptionality to the human being with respect to all other beings in the natural world. The natural is often defined in opposition to the human, the urban, the culture … Why? Art can show us the wild within the urban and the symbiosis between the two ”.