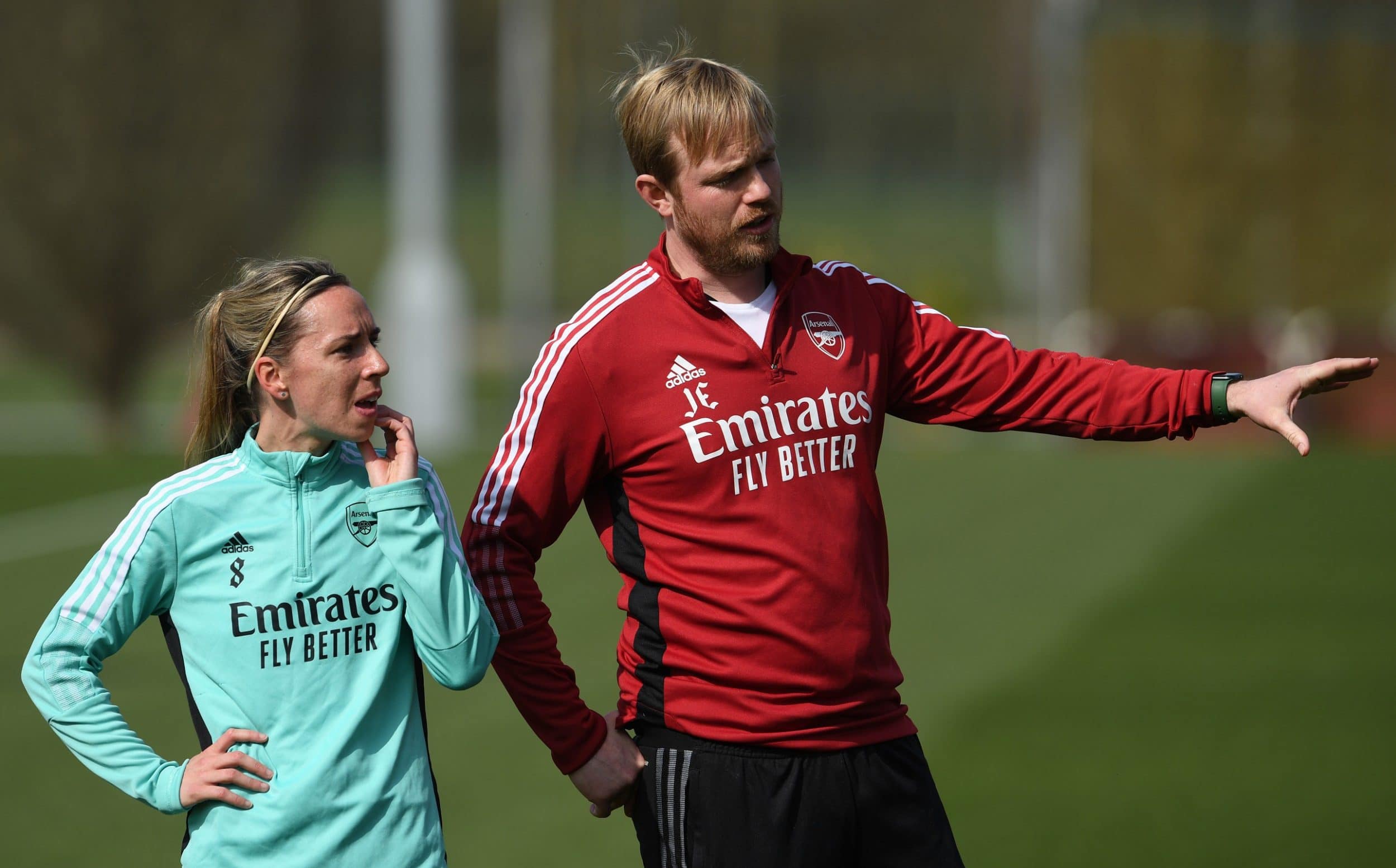 Arsenal’s hotly-anticipated meeting with German side Wolfsburg isn’t just a clash between the Women’s Super League leaders and the Frauen Bundesliga leaders. The chance for Arsenal to demonstrate how much they’ve improved, and show the true current strength of English women’s club football within the world-class surroundings of the Emirates Stadium, has now arrived.

We often hear the WSL labeled as ‘the best league in the world’ – and in terms of broadcasting, plus the number of fully-professional sides and competitiveness through the division, that may well be the case – but when it comes to success in the Champions League, the historical performances of English clubs leaves much to be desired.

Arsenal’s quadruple winners of 2007 remain Britain’s only European women’s champions to date, and Chelsea were only these Isles’ second ever finalists when they were beaten 4-0 by Barcelona last season, but this term they crashed out surprisingly, at the hands of Wolfsburg, in the group stages.

That ensured that France, Germany and Spain all have more representatives each than England in this week’s quarter-finals, while German and French clubs have won the title in 16 of the 20 competitions since Uefa’s first Women’s Cup in 2002. The Champions League – since it was rebranded as such from 2009-10 – it has been dominated by Lyon, who have won it seven times, and the second-most successful club since then have been Wolfsburg. Two-times champions and three-times runners-up, the German club has also been consistently assembling some of the sport’s best talents for a generation with a production line that even the city’s Volkswagen car factory would be proud of.

Yet with a team spearheaded by the flourishing partnership of Vivianne Miedema and January signing Stina Blackstenius, and one which is on a five-game winning run in all competitions without conceding, Arsenal have the form, the confidence and the quality to give the 2020 runners -up more than a run for their money. When they last reached this stage, two seasons ago, Arsenal were second best as they were knocked out by Paris St-Germain in a single-legged tie – this is a stronger Arsenal with more depth, more attacking threats, and more nous in Europe .

Nonetheless, Arsenal’s Swedish head coach Jonas Eidevall stressed that some of Europe’s giants are working to larger budgets than WSL clubs and felt the English game’s success would come in the longer-term. Asked if Wednesday’s first leg was a chance to show how much the WSL has improved, Eidevall replied: “Yes and no, we’re playing the game for Arsenal, not for anyone else, but I also think it’s important to understand that the development [within] in the English game. The league is getting stronger, but if you compare it from a wage budget perspective, clubs like Barcelona, ​​and Lyon, and Paris St-Germain, how much money they are spending compared to English clubs, then I think it’s natural that we’re still in a process where those clubs have had more success, because they spend more money on players.

“It’s also a long-term thing. I truly believe it’s the best way possible to grow the game, the way they’re doing it in England right now, improving the league as a whole, and improving all the infrastructures around the academies and everything, in the long-term it’s the right decision. [translate to success] in the Champions League as well.”

See also  SRS-NB10 and LSPX-S3, to the test: two Martian speakers that aspire to be something more | Technology

The quarter-finals got under way on Tuesday night and Ballon d’Or winner Alexia Putellas scored twice as Barcelona came back from a goal down to win 3-1 away against rivals Real Madrid, giving themselves a very advantageous two-goal cushion ahead of 30 March’s second leg at a sold-out Camp Nou.

Tuesday’s other first leg saw France forward Marie-Antoinette Katoto net twice for PSG as they claimed a 2-1 victory away at Bayern Munich, although Klara Bühl’s late free-kick gave the German side hope.