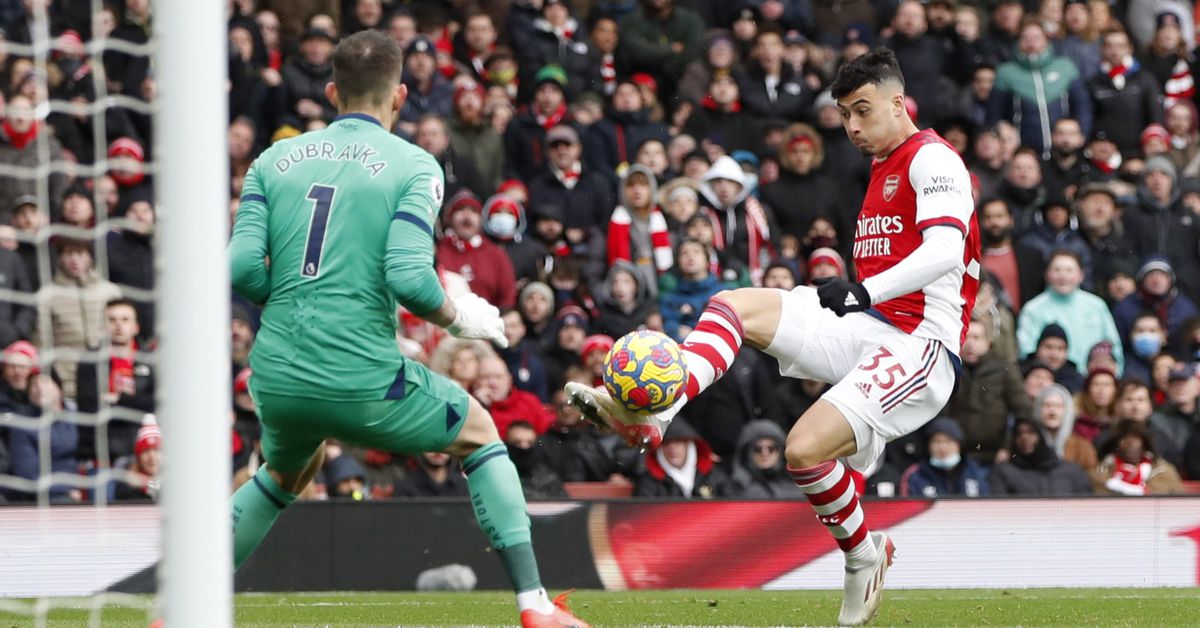 Bottom club Newcastle had new manager Eddie Howe on the touchline for the first time, but it made no difference as they were well beaten and remain without a league win after 13 games.

Arsenal, whose 10-match unbeaten run in all competitions came to a juddering halt at Liverpool last week, dominated the opening half with Pierre-Emerick Aubameyang missing a sitter.

But their patience was rewarded as Saka finished superbly in the 56th minute before substitute Martinelli volleyed the second with his first touch.

Newcastle’s Jonjo Shelvey was denied by the woodwork in the first half but once they went behind, a 17th defeat in 18 league games against Arsenal looked inevitable.

Arsenal stayed fifth in the table, level on points with fourth-placed West Ham United while Newcastle, who have six points and are five behind 17th-placed Leeds United, are the sixth different team to fail to win any of their opening 13 Premier League games.

Of those, only Derby County in 2000-01 survived relegation.

Howe, who had to watch last week’s 3-3 draw against Brentford from a hotel room due to a positive COVID-19 test, took some encouragement from his team’s display.

“I thought it was a good performance, especially the start. We were good for the first half an hour,” he said.

“The pleasing thing today is how we started and finished the game. We created chances.”

On a raw afternoon in north London, there was little to warm the hearts of Newcastle’s travelling Toon Army.

Their side were resolute and had Aaron Ramsdale not tipped Shelvey’s curling effort against the crossbar things might have been different.

Arsenal were over-deliberate but still carved out chances with Saka just failing to score on the stretch from Nuno Tavares’s superb diagonal pass.

Newcastle keeper Martin Dubravka, recalled for his first appearance of the season in place of Karl Darlow after recovering from injury, produced an acrobatic save to keep out Martin Odegaard’s free kick.

As halftime approached, Dubravka saved Emile Smith Rowe’s header and as the ball fell for Aubameyang he contrived to hit the post with the goal gaping.

When Arsenal finally cracked Newcastle’s defence it was no surprise Saka and Smith Rowe were involved.

The latter combined well with Tavares who slipped a pass in for Saka to fire left-footed past Dubravka from a narrow angle.

Newcastle claimed a penalty when Callum Wilson chased Shelvey’s long pass forward but was knocked off balance by the covering Gabriel and within a minute they were two down.

Martinelli, who had just replaced the injured Saka, was picked out by a flighted pass from Takehiro Tomiyasu and as Dubravka came out the Brazilian planted a volley into the net.

“We just have to look at the first one,” Howe said. “Momentum in football is so important. We need to get that win as quickly as we can.”

See also  What does the UN resolution on the Sahara say?