Skip to content
Home News Argentine League: Marcelo Gallardo announces that he will stay at River Plate “at least one more year” | sports 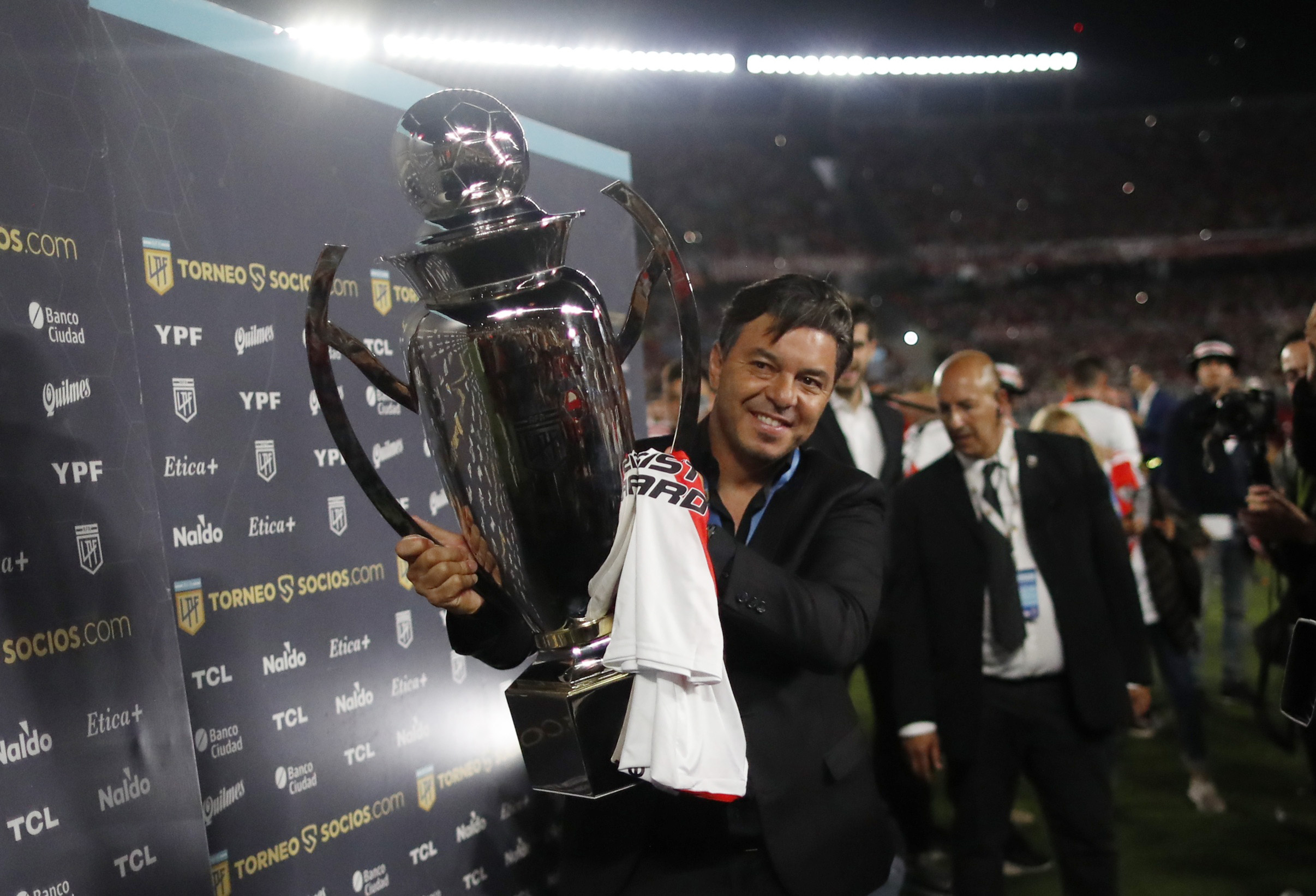 Argentina is a country haunted by an inflation that exceeds 50% per year but, always soccer fanatics, the most fanatics installed a question in a joking format in recent days: Which position will be more difficult to exercise, that of Minister of Economy or of the future replacement of Marcelo Gallardo as River coach? For now, whoever succeeds the “Doll” at the helm of the recent champion of the Professional League 2021 will have to wait: after several days of suspense, the coach announced this Wednesday that he will renew his relationship with the club that won the most Argentine leagues for a year .

Institutions are always above their players or their technicians, but the boundaries between River and Gallardo sometimes become confusing: in the coming months a seven-meter-high statue will be inaugurated at the door of the Monumental stadium. According to the club’s assurance, it will be the world’s largest bronze sculpture dedicated to an athlete, in this case to the man who wrote River’s modern glory.

Although the history of the club was created by real stars who in many cases spread their aura abroad, such as Alfredo Di Stéfano, Ariel Ortega, Enzo Francescoli, Norberto Alonso, Ángel Labruna, Pablo Aimar or Ramón Díaz, Gallardo personifies a living legend that in the last years sentimentally positioned himself above the rest of the gods in red and white. To the eight titles he had won as a player, since he took over as coach seven and a half years ago, in June 2014, he has added another 13 Olympic laps – no coach gave so many championships to a club in Argentina-. It seems like a piece of Marvel superheroes: of the 68 official titles that River won, Gallardo participated in 21.

“Yesterday I did the click and I decided to continue ”, Gallardo explained this Wednesday, that two weeks ago, when River became champion of the 2021 League, he had announced that he would take a few days to determine if he was still in front of the team. It was as if the fans stopped breathing, but the wait had a happy ending. “It was essential to take some time to reflect on what an institution like this requires. The truth is that I did not have much time but I choose to continue being, “he explained at a press conference, more as if following a sentimental hunch than for economic or sporting reasons.

In football so unstable that 15 coaches lost their position during 2021 in the Professional League, Gallardo is an outlier. In the seven and a half years that he has been at River, Boca had six different coaches and San Lorenzo, another of the big clubs, hired 15. His cycle is already among the four longest in all of Argentine history, and to find the The first three must go back to the 1940s and 1950s: Victorio Spinetto in Vélez (14 years, from 1942 to 1955), José María Minella in River (13, from 1947 to 1959) and Guillermo Stábile in Racing (9, from 1945 to 1953).

Gallardo, 45, was wanted by the Uruguay national team as a replacement for Oscar Washington Tabárez, but said he never thought about that possibility. A few weeks ago he also received an interest from Barcelona as a possible replacement for Ronald Koeman. “I never evaluated other opportunities. I do recognize that I received proposals that I appreciate, but I wanted to continue at River until my contract ended. And now I want to continue one more year ”, he explained.

See also  The Government advances the anti-crisis decree to an Extraordinary Council on Saturday: "We are in top shape"

As if it were scripted, River will continue to party this Thursday with a great party at its stadium for the third anniversary of the 2018 Copa Libertadores. If Gallardo won 13 titles as a coach, including two editions of the maximum continental tournament, that final on December 9 Against Boca at the Santiago Bernabéu in Madrid, he marked an impossible-to-reach Everest.

At the request of the club’s leadership, the sculptor Mercedes Savall has been working since 2019 on a huge statue of Gallardo whose first pieces arrived last week at the gates of the Monumental, where it will be installed next to that of Labruna, River’s other great hero. , winner of 22 titles as a player and coach between the 1940s and 1970s.

“The Gallardo statue is made of keys and small bronze objects donated by fans but, after Madrid, it exceeded all expectations: that’s why it will be so big. First I made a plaster model from which the mold was taken and then I followed a process called lost wax casting “, says Savall, who had already made the statue of Labruna, six meters high and placed next to the Museum River.

“Now I asked that the floor of the Gallardo statue be covered with the Bernabéu grass, I hope that can be fulfilled. The first pieces have already arrived at the Monumental and in three or four months it will be inaugurated. The pandemic stopped everything, but they are works that last for eternity, “adds the artist, in line with a cycle, that of Gallardo, which is now timeless but will continue for another year.