Skip to content
Home News Argentina Elections: Alberto Fernández calls on Peronism to work together for the 2023 presidential elections | International 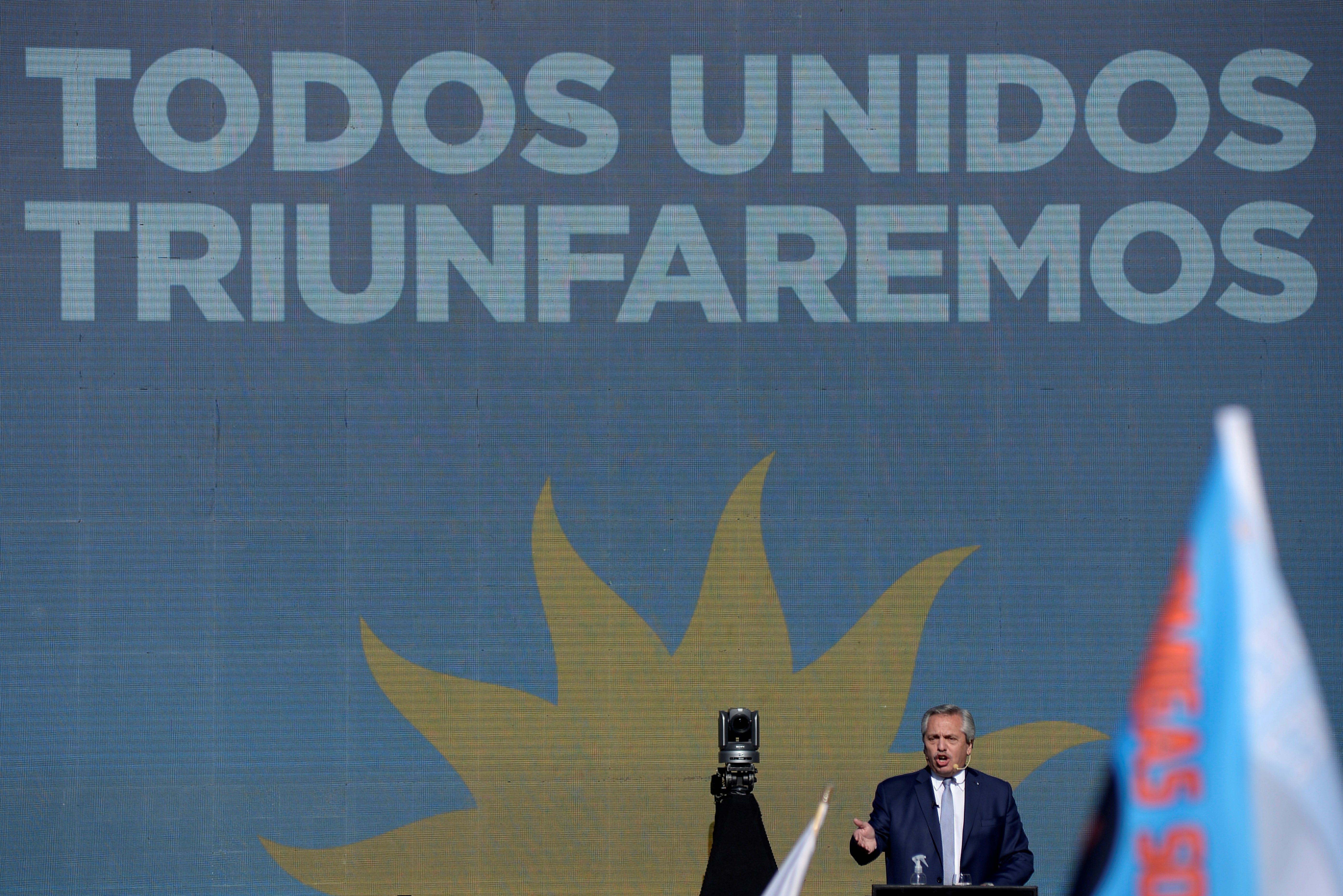 Nobody celebrates defeats like the Peronists. Three days after the legislative elections in which the ruling party lost by almost nine points to the opposition, tens of thousands of militants mobilized to the center of Buenos Aires to express their support for Alberto Fernández in a festive atmosphere. The president made it clear that we must look forward, towards the presidential elections of 2023, and called on his people to work together for the next two years to achieve a “resounding victory.”

“Today is an opportune day for us to begin the second stage of our Government and begin with all our strength to lift what needs to be raised in Argentina,” Fernández said before the crowd that mobilized to Plaza de Mayo on the occasion of the day. of the Militancy, a date that commemorates the return to Argentina from exile of three times President Juan Domingo Perón in 1972. The atmosphere of celebration was in tune with the reaction exhibited by the Government to the electoral results. “These days we have been hearing a repeated question: ‘If you lost, what do you celebrate?’ Never forget that victory is not winning but never giving up, “said Fernández.

The event had been called by the unions last week, when Peronism anticipated a catastrophe at the polls like the one suffered in the September primary elections. The opposition clearly won, but the ruling party cut the difference to just over one point in the country’s main district, the province of Buenos Aires. Fernández clung to that comeback on election night and did it again this Wednesday to relaunch his administration in the face of the great pending challenges. Among them is the economic recovery, the battle against inflation and the restructuring of the debt contracted by his predecessor, Mauricio Macri, with the International Monetary Fund.

“We have many battles to fight, end the debt problem, confront the price makers, we cannot live in a country where some earn so much and millions fall into poverty. We need that growth to reach every corner of the country, “said the president. “I want to commit myself that I will concentrate all my efforts so that the economy works 100% and genuine work is born,” he added.

The Government has come out of the polls weakened and will have to agree with the opposition on each new project in Congress. As of December 10, when elected legislators take office, the ruling Frente de Todos will have 118 deputies in the Chamber of Deputies, just two more than the opposition Juntos por el Cambio. In the Senate, chaired by Vice President Cristina Fernández de Kirchner, Peronism will lose the possibility of imposing its own agenda.

Silence from the vice president

The great absentee of the act was the vice president, operated in the final stretch of the campaign. Fernández de Kirchner was not in the electoral bunker on Sunday, nor has he expressed himself publicly about the results. His attitude for now is very different from the one he adopted after the primaries, when he confronted the president through a public letter and imposed a cabinet change that he resisted. This afternoon, the militants of La Cámpora, the political organization headed by his son, Máximo Kirchner, remained away from the center of the scene until the last minute, when the president had already left.

Fernández encouraged the coalition to remain united and settle their differences in the face of the presidential elections through primary elections. “We have to do what is necessary so that in 2023 we ensure a resounding victory,” claimed Fernández. The union of Peronism will depend a lot on whether or not the president manages to clear the clouds on the horizon.