Skip to content
Home News Argentina and the IMF agree on the refinancing of a debt of 44,000 million dollars | Economy 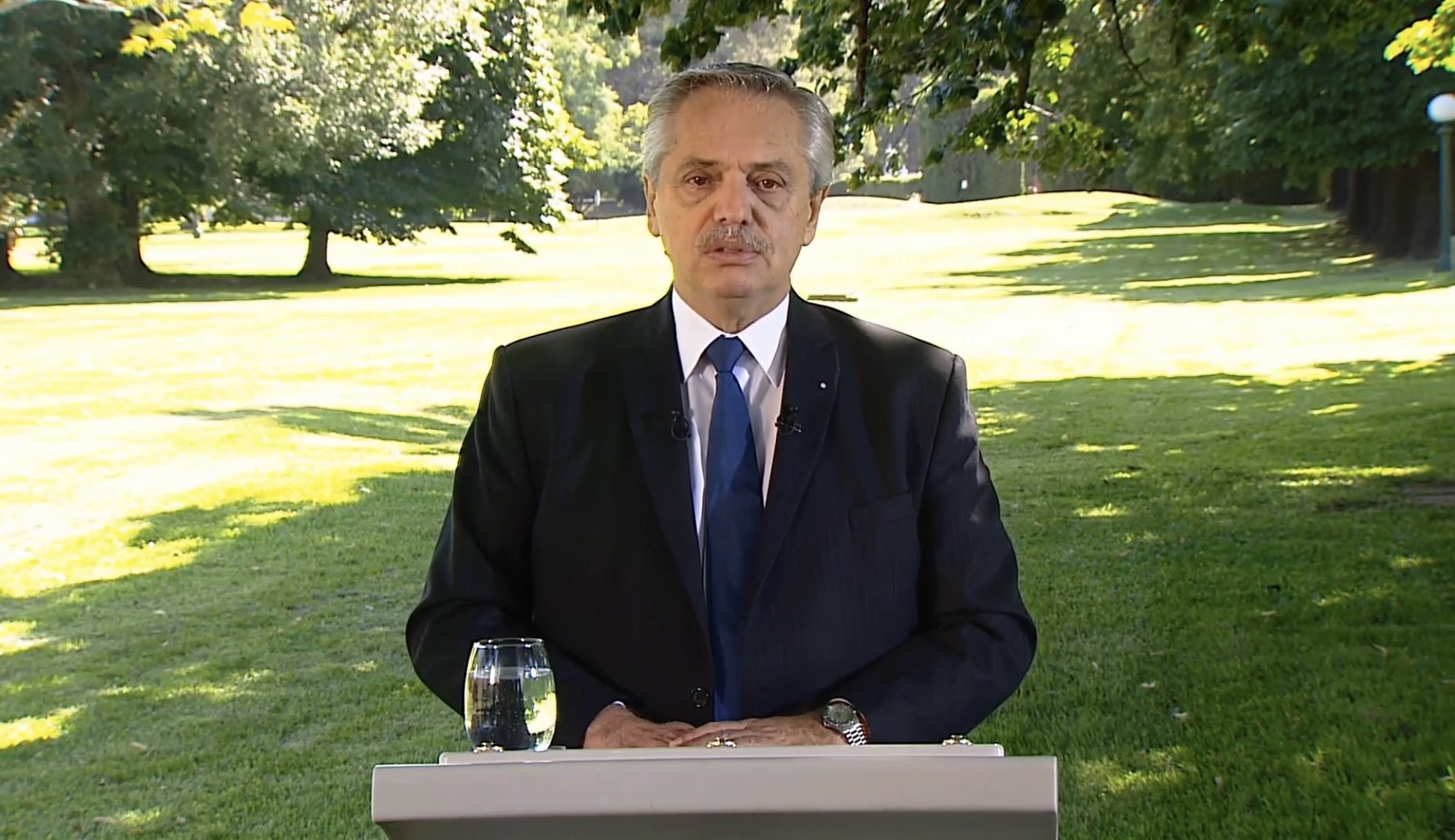 Argentina reached an agreement with the International Monetary Fund. It was a negotiation on the edge of the precipice, with the cessation of payments once again threatening the South American country. The president, Alberto Fernández, finally announced that his government had reached a “possible and reasonable” solution for a “very serious and urgent problem.” As agreed, the IMF will refinance over the next two and a half years the principal and interest maturities of the 44,000 million dollars that Mauricio Macri received as a financial rescue in 2018. Argentina will obtain the money from the quotas through a window of the multilateral and will deposit in another. In exchange, it commits to reducing the fiscal deficit to 0.9% of GDP in 2024, a goal that must be met so that disbursements are not interrupted.

The payment schedule agreed in 2018 had become impossible for Argentina to meet: 5.1 billion dollars in 2021 (which the country has already paid and will now be returned), 19.1 billion dollars in 2022, 19.3 billion in 2023 and 4.9 billion in 2024. The Minister of Economy, Martín Guzmán, said at a press conference that the agreement includes “everything that remains to expire at the end of the support [de 2018], plus the amount of the capital amortizations of September and December that were paid with the special drawing rights” that Argentina received from the IMF. “Every three months, [y durante dos años medio], there will be revisions and in each one of those revisions there will be disbursements and with those disbursements the payments agreed by the previous government will be made”, explained Guzmán. At the end of the program, Argentina will still owe the $44 billion that Macri received. The payment of that debt will resume in four and a half years, the minister specified.

The agreement must now be approved by the IMF board and the Argentine congress. The procedure will not be easy in Parliament, where the ruling party lost control after the mid-term legislative elections in November. The opposition asserted the new relationship of forces and on December 17 did not approve the budget for 2022 sent by Guzmán. Not only the opposition can be a stone in President Fernández’s shoe. He must also convince the hardest wing of Kirchnerism, within the government coalition, that this agreement with the IMF does not imply an adjustment. He spoke to them when he announced the understanding: “It does not restrict, limit or condition the rights of our own; it does not force us to a labor reform; it does not impact public services, it does not relegate our social spending and it respects our investment plans in science and technology. In addition, we will be able to access new financing precisely because this agreement exists. It does not impose us to reach a zero deficit,” Fernández said.

The mother of all battles will be in the reduction of the primary fiscal deficit (prior to the payment of debts). According to the agreement, Argentina will lower the red from 3% of GDP registered in 2021 to 2.5% in 2022, 1.9% in 2023 and 0.9% in 2024, a downward ladder three years shorter than what the government intended. Pink House. The Government is also committed to gradually reducing monetary assistance from the Central Bank to the Treasury, which will go from more than 7% of GDP in 2020, the worst year of the pandemic, to being “close to zero” in 2024, according to Guzmán. To reduce inflation, which exceeded 50% in 2021, there will be “policies that promote sectors that generate foreign exchange” and allow a reduction in monetary issuance, today the main source of public financing. Meanwhile, the price control policies agreed upon with the private sector will remain in force.

See also  Multi-pathogen testing is the future of diagnostics

On the IMF side, the negotiators were Julie Kozack, deputy director of the Western Hemisphere Department, and Luis Cubeddu, chief of mission for Argentina. In a written statement, both said that “the agreed fiscal path [con Argentina] it would gradually and sustainably improve public finances and reduce monetary financing.” “We have also agreed that additional financial support from Argentina’s international partners would help bolster the country’s external resilience and its efforts to ensure more inclusive and sustainable growth,” they wrote.

Markets reacted quickly to a deal that took too long. At mid-morning, the Argentine country risk (the differential that it must pay for its debt with respect to US Treasury securities) fell almost 4%, to 1,834 points, while shares of Argentine public securities listed on Wall Street recovered after days of significant declines. The peso also benefited in the parallel market: the devaluation streak was cut short and it appreciated 3% against the dollar, to 216 pesos, more than double the official price. The cocktail of monetary issue, zero credit and public spending ended up squandering the value of the peso. Guzmán clarified that there will not be a devaluation and that he is even considering “an objective of accumulating international reserves of 5,000 million dollars by 2022.”

The deal came after talks intensified last week after months of delays. And it came on a key day: Argentina had a maturity of more than 700 million dollars this Friday. In December, Minister Guzmán said in an interview with EL PAÍS that the agreement was delayed due to the lack of support from “some IMF shareholders.” His environment later revealed that the most reluctant to the agreement was the United States, a country that in 2018 was key for the Fund to grant Macri the largest credit in the history of the multilateral. While Washington hardened its position, Argentina received explicit support from other countries, especially European ones. The role of Spain, which worked for an understanding through the Minister of Economy, Nadia Calviño, who added firepower from December 25 as head of the International Monetary and Financial Committee of the IMF, was key.

Subscribe here to the EL PAÍS América newsletter and receive all the key information on current affairs in the region.