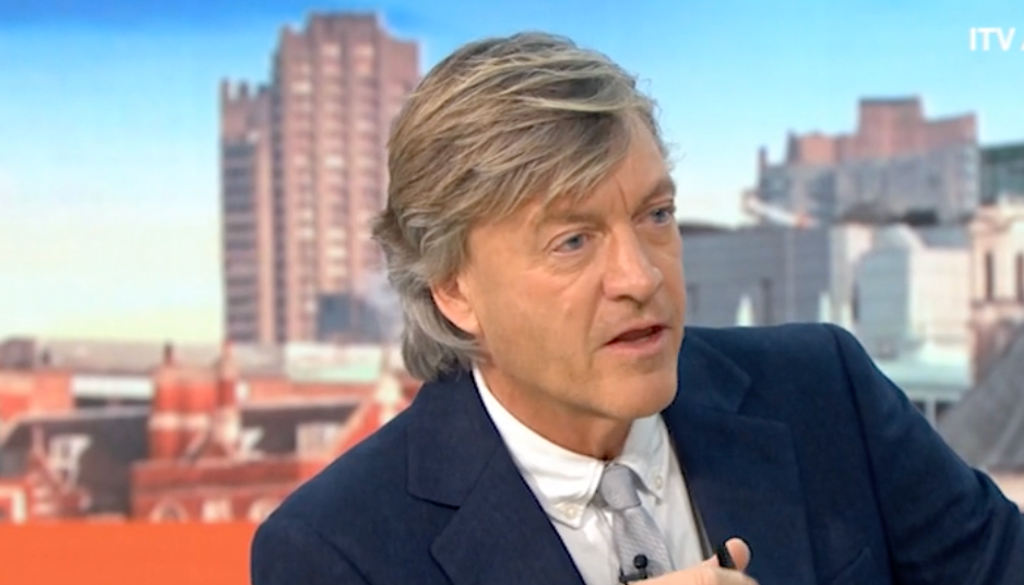 TV presenter Richard Madeley has appeared to downplay death threats received by opposition leader Keir Starmer, asking whether they were “that big a deal.”

The prime minister had tried to link the opposition leader with the notorious sex offender by saying Sir Keir failed to prosecute him when he was head of the Crown Prosecution Service.

His guest, Conservative commentator Andrew Pierce, replied: “Well I think politicians get that all the time.”

The presenter Mr Madeley added: “I was going to say, actually, is that that big a deal?”

Social media users responded angrily to the segment, noting that two MPs had been killed in recent years.

One, user Shivaji Jadhav said: “Two MPs were killed: one Jo Cox and two David Amess. They should apologise to [the] families of Jo Cox and David Amess.”

Another, Aneil Balgobin said: “This is appalling. Downplaying death threats on national TV, how have we got to this point? I’d encourage people to complain to Ofcom.”

Death threats are a reasonably frequent occurrence for many MPs, with studies showing disproportionate amounts of vitriol are directed at women and people from ethnic minorities.

Asked on Monday whether he had received death threats Sir Keir told BBC Radio Newcastle: “Erm yes. I do not like to talk about this because I’ve got young children.

“And therefore it’s very important for me to say that what the prime minister said was wrong, it was very wrong – he knew exactly what he was doing.

“There’s been a right-wing conspiracy theory for some time that is a complete fabrication. I’ve fed into that.

“That has caused difficulty, but my preference, if I may, is not to talk about that because, as I say, I’ve got young children and I don’t particularly want them to hear too much of what may or may not be said about me.”