In an appearance on Tuesday, he warned that “it is necessary for the other territories to adopt measures” similar to those of the Government, which has proposed applying a curfew in municipalities with more than 10,000 people and with a high incidence; limit social gatherings to ten people; close nightlife and limit capacity in activities such as restaurants and shops.

“The days to come are days of great mobility between territories. The measures we are taking, in order to be more effective, must be as shared as possible,” Aragonès said about the measures, some of which require the approval of the Superior Court. of Justice of Catalonia (TSJC), as the curfew.

“We are not asking for a new state of alarm. What we are asking for are adequate measures by the State Government at the moment we are in,” he added, and stressed that Catalonia is not the territory with the worst indicators and that measures are needed in the rest of the state.

On the possibility that masks become mandatory abroad, he has said that they will not reject it but that this does not stop contagion: “If you want to pass, go ahead. But we need much clearer measures.”

Euskadi also calls for common measures for the entire State

The spokesman for the Basque Government, Bingen Zupiria, has affirmed that the Lehendakari, Iñigo Urkullu, intends that the Conference of Presidents adopt “common measures” throughout the State to face the sixth wave of the covid-19 pandemic, before deciding to implement new restrictions in Euskadi.

At a press conference, Zupiria explained that Urkullu, in the letter he sent on Saturday to Pedro Sánchez to request the conference meeting, reminded him of the difficulties that the autonomous communities were having to adopt other types of measures “due to the lack of legal coverage for them”, and by the “different interpretations” that the courts of justice were making on the proposals that the autonomic governments put forward.

“It is a situation similar to the one we experienced at Christmas last year, and the Lehendakari considers that it is necessary that they exist some common measurements to face this situation with all these factors, and it is not the least of them nor the least important the one that has to do with mobility, “Zupiria clarified.

He also added that “many of us can move between autonomous communities, and if the epidemiological situation is similar in those communities, it is logical that there are common measures.” 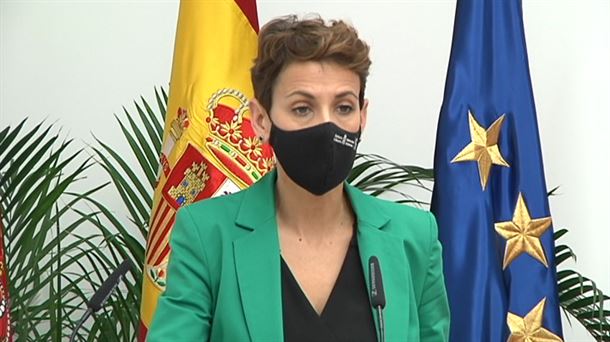 The Spanish Government will seek consensus

Meanwhile, the spokesperson for the Spanish Government, Isabel rodriguez, has not specified whether they will take any proposal to the Conference of Presidents and has stated that the Executive’s approach is to “listen” and “seek shared decisions” with the autonomous communities.

However, it has not clarified whether the Government of Pedro Sánchez is in favor of establishing new restrictions in the face of the rapid increase in cases of covid-19 in recent days or what these measures would be and has limited itself to indicating that they are going to assess “a lowest common denominator” that can be applied throughout the country.

Thus, it has reiterated that delegated powers in health matters, they allow the autonomous communities to take different decisions depending on the affectation of each territory, which, as Rodríguez has emphasized, varies in the different regions.