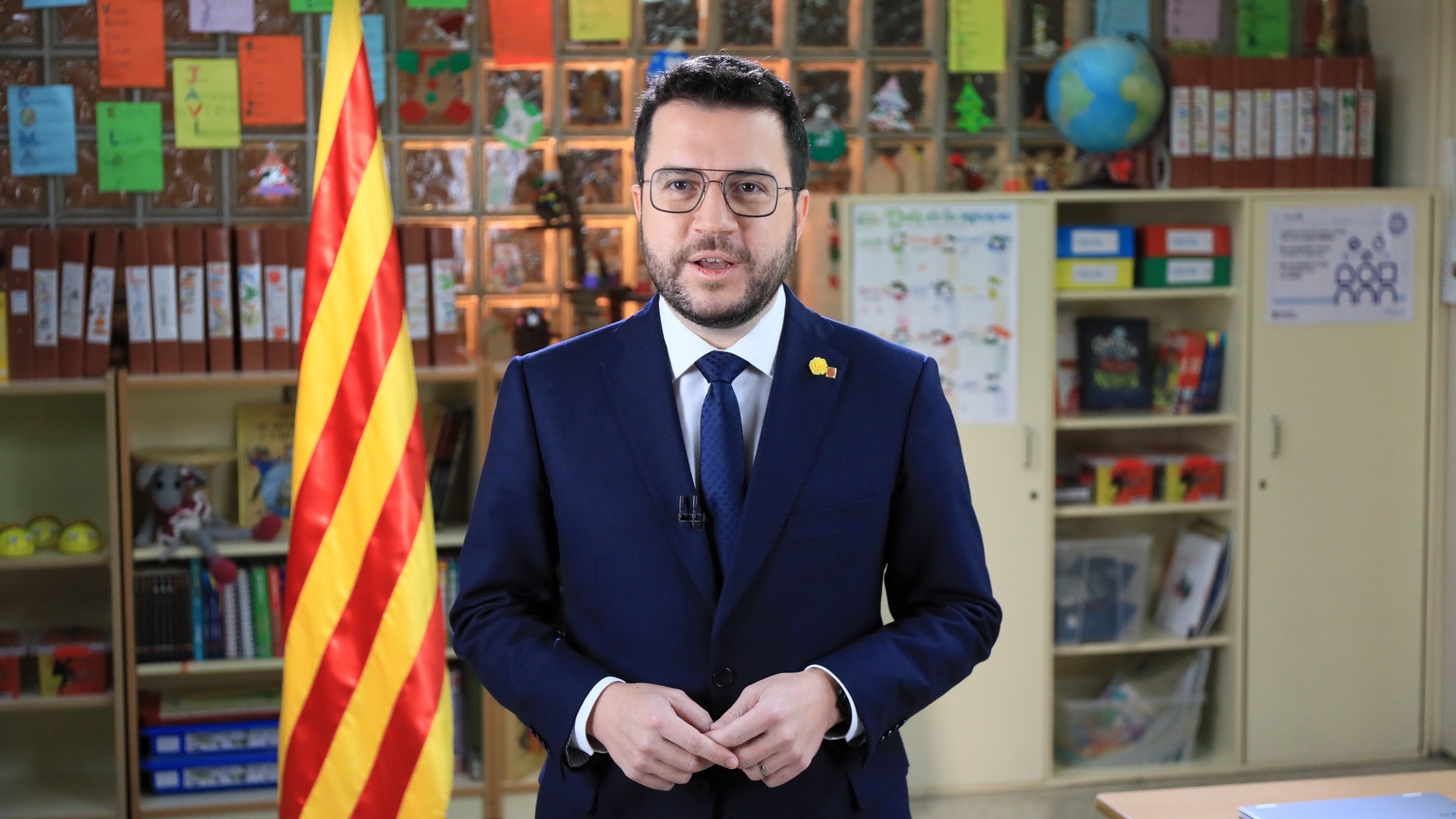 The president of the Generalitat of Catalonia, Pere Aragonès, has bet, in his end-of-year message, that the dialogue table with the Government advances and “begins to provide tangible results” in 2022 and has said that he will look for “alternatives” if the negotiation with the State “runs aground”.

“We must begin to offer a response to the vast majority of citizens who know that the Resolution of the conflict with the State goes through the exercise of the right to self-determination and amnesty, “he stated in a message addressed to the Government of Pedro Sánchez.

The independence movement, he pointed out, has a “solid majority, transversal, sustained over time “, which” does not accept any blockage “of the conflict.

“Therefore, we also have to start build alternatives, acting realistically, seeking the maximum consensus and learning from the path we have traveled so far, in case the negotiation stalls and does not bring results, “he warned.

The stage, the center where the language immersion model began

In his first end-of-the-year speech as president, Aragonès has introduced two new features in the format: he has recorded his speech outside the Palau de la Generalitat and, instead of broadcasting it on December 30, as was customary, it has advanced it to 26, the day of Sant Esteve, which is a holiday in Catalonia.

What the scene of its institutional message has chosen the Rosselló Pòrcel School, from Santa Coloma de Gramenet (Barcelona), precisely the educational center where the linguistic immersion model began to be applied in Catalonia, in 1983, a choice full of symbolism after a few weeks of controversy over the language.

“This school has Catalan as a central element, as a vehicular and meeting language. A role that made sense in a society like that of four decades ago and that is revalued and acquires much more relevance in a context where the cultural and linguistic diversity of the The country has not stopped growing and enriching itself with contributions from around the world “, he highlighted.

Aragonès has opted for “promoting the school, its linguistic model, its capacity for cohesion and generating opportunities”, because “it is the nucleus of the Catalan nation”. “We are working with all the energy and all the determination to ensure that the Catalan language continues to play a vital role in the educational system of Catalonia“, has added.

Restrictions “shall not last longer than necessary”

On the other hand, aware of the “painful measures” imposed by the Govern for reduce mobility and social interaction in Catalonia to stop the increase in coronavirus infections, he has promised that all these restrictions “will not last longer than necessary” to “avoid the collapse of the health system.”

In addition, he thanked the health personnel for their work: “You are essential,” said Aragonès, “convinced” that in 2022 it will be possible to finish turning the situation around.

After mentioning the loss of jobs in companies such as Nissan or Mahle, he assured that the Govern builds “alternatives” so that “no one is left behind” and has highlighted positive indicators, such as Catalonia’s “export records”.

“Let’s leave defeatist speeches behind and strengthen our confidence in ourselves,” stressed the president, which has appealed to the “spirit of improvement”, the “nonconformity” and the “ability to have great goals” of Catalan society.