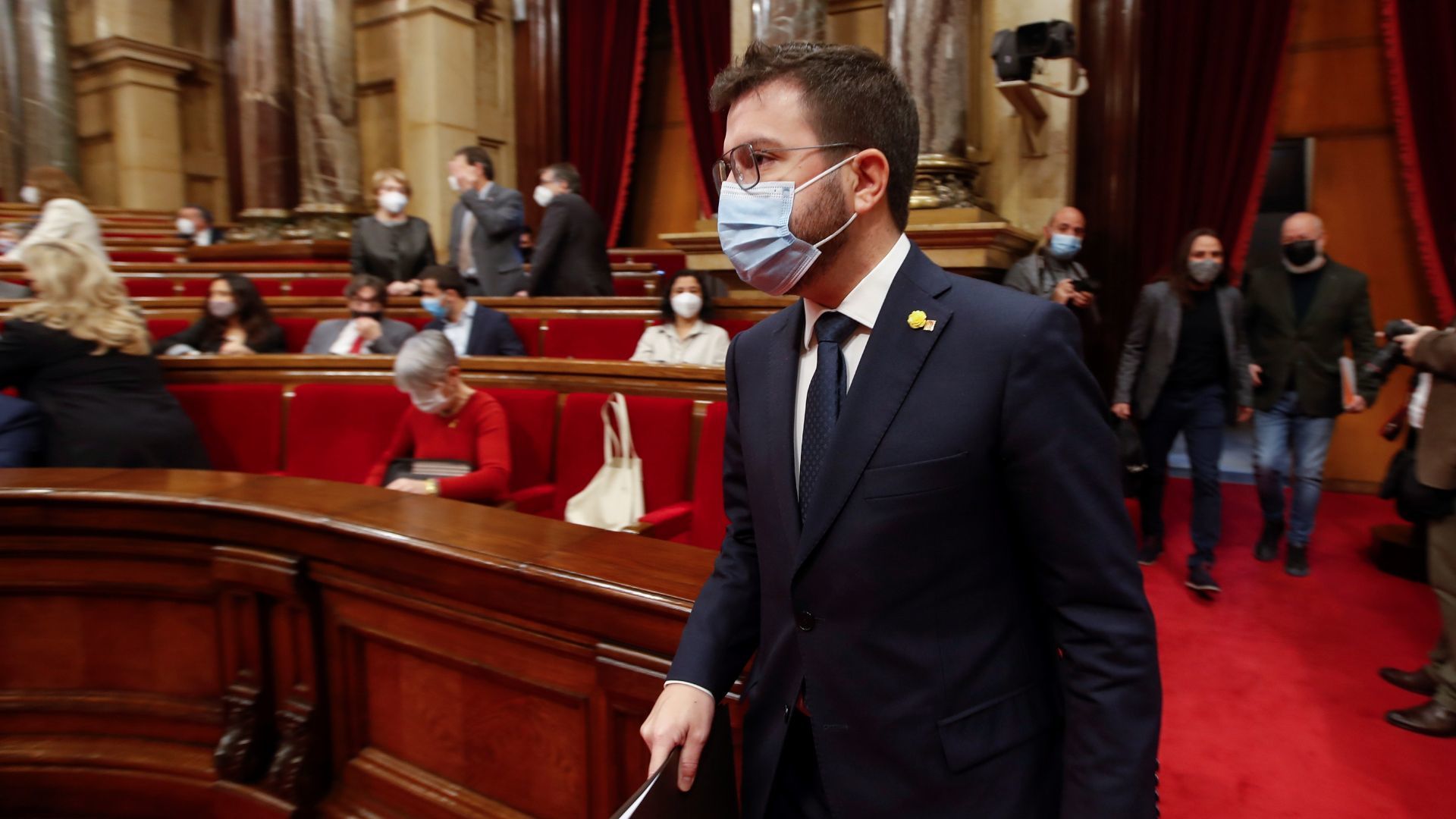 The ‘president’ of the Generalitat, Pere Aragonès, announced this Thursday that will increase inspections in Catalan schools to control that the educational projects in the centers and all the planned classes are given in Catalan.

After a “summit” of the language with social and cultural entities and associations with the aim of responding to the ruling on the use of Spanish in school, at the Palau de la Generalitat, the ‘president’ has explained the measures he will adopt to defend the “successful” model and “coexistence” of language immersion.

In addition to increasing inspections and commissioning an analysis of the situation of Catalan in schools to be carried out by the University of Barcelona (UB), it has also announced that Education will increase the number of teachers in classrooms affected by court decisions by 35 and it will pass new legislation to deal with the “judicial, media and political offensive.”

Consensus to draft the law

Later, in statements to journalists, the Minister of Education, Josep Gonzàlez-Cambray, has assured that during the coming months It will be specified what legal form this modification acquires. He has argued that it will be done in consensus with parties and entities and that “reference linguists” will be consulted in a context of the boom in learning by competencies.

Gonzàlez-Cambray has ensured that the centers in which this teaching reinforcement is applied they will be able to decide how they are organized to take advantage of this increase.

The reinforcements are 35 teachers because is the number of classrooms in which there is currently a court order to apply 25% of teaching in Spanish, although they are pending an appeal by the Department.

Political debate and clash between the Government and the opposition

This decision comes in response to the ruling of the Supreme Court (TS) that established 25% of Spanish as the vehicular language. After this sentence, the family of a minor Canet de Mar (Barcelona) asked to receive classes in Spanish with the established minimum, which ended up being the target of harassment in networks.

The situation has ended up leading to a political debate on the Catalan linguistic model. This week, there has been a tough confrontation between the Government and the PP over the case of Canet de Mar. The ‘popular’ leader, Pablo Casado, snapped at the President of the Executive, Pedro Sánchez, in Congress, “what the hell has to happen to to assume some kind of responsibility “after accusing him of having” abandoned “the minor.

The Family Association (AFA) of the Turó del Drac school in the Barcelona municipality has asked parties and entities this Thursday not to turn this school “into the scene of political confrontations, identity debates and language disputes”. He has criticized that a “false story” is made when the school “breathes a climate of cohesion” and charges against the sentence of the TSJC.