This year’s April Fool’s Day stunts include Boris Johnson’s resignation, new snacks from Walkers and and a prank pulled live on air with Good Morning Britain

GMB: Laura Tobin drops ‘one of a kind plant’ in April Fools’ prank

The top April Fool’s Day pranks of 2022 have been revealed with Brits waking up to a world of professional dog footballers and police on camelback.

Bizarre news on April 1 told of the Prime Minister’s apparent resignation, crocodiles on the beach, the renaming of the Prince of Wales Bridge and a giant white horse statue dubbed “Angel of the South” in Kent.

Manchester City WFC were tricked into announcing the club’s first doggy sports player which they did with gusto before breaking out into laughter.

Forward Ellen White delivered her line earnestly “welcoming City’s first ever canine sports player” and questioned whether to refer to it as a “person” or a “player.”

“This is too much,” she added before being convinced to deliver her final line “shake paws.”

Defender Esme Morgan appeared to react in genuine disbelief when she was told the news.

“Shut up. Like an agility trial dog? No way, oh my gosh that’s amazing,” she said.

“This is a player with real pedigree,” a teammate said while another added “I can’t take this seriously.”

Have I Got News for You pulled what was perhaps one of the boldest pranks by claiming that the Prime Minister had resigned over the Downing Street lockdown parties.

“BREAKING: Boris Johnson resigns over partygate,” it announced in a tweet which was promptly followed by “or has he” for April Fool’s.

Good morning Britain’s Laura Tobin was made to believe she had broken a “unique” plant named after her in a special breeding programme.

The TV presenter looked mortified as she was handed the plant and it smashed on the ground.

She then knelt down trying to salvage what was left live on air. 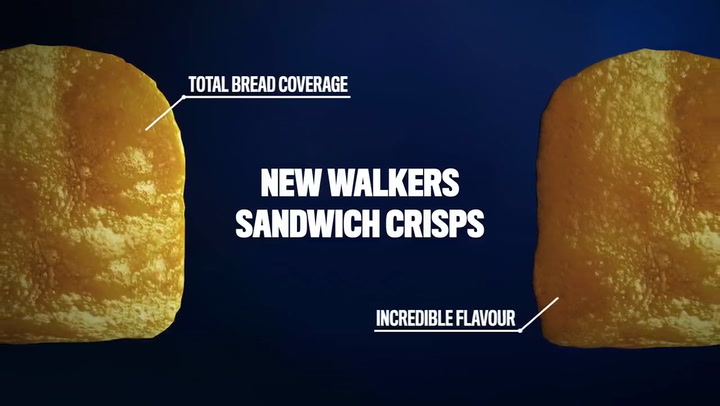 Cutting back to the studio, Kate Garraway and Ben Shephard joined in with the April Fool’s joke.

Supposed plans to use mud from London’s Marble Arch Mound to rebuild Hadrian’s Wall were announced by Tory MP Mike Wrap as part of “levelling up” the north.

The London Tourism Minister joked: “I know Londoners will be bitterly disappointed to be losing this iconic temporary structure that has been compared to the Eiffel Tower.”

And police in Australia shared a picture on Facebook of their new Mounted Camel Division “as part of an expansion to mounted operations”.

The state-wide Victoria police force joked: “The new one and two hump camels will be a welcome addition to the current herd, helping the organization address both climate change and fuel price hikes.”

Many told the brand on Twitter that they hoped the “game changing” crisp with “total bread coverage” was not a joke and that they would buy the product.

And Frankie and Benny’s claimed it was “kicking ketchup to the kerb” and banning all sauces from its restaurants.

In a statement on Twitter, it said: “Yep, that’s heck no to mayo too. Our food is so good there’s no need for extra sauce. Here’s to an all new condiment-free Frankie’s.”

Bluewater Shopping Center in Kent also claimed they were transforming their zip wire into a clothes washing line in a bid to break the UK record.

While [email protected] announced its new soundproof “crying cabinet” where employees can take a moment to weep at work.