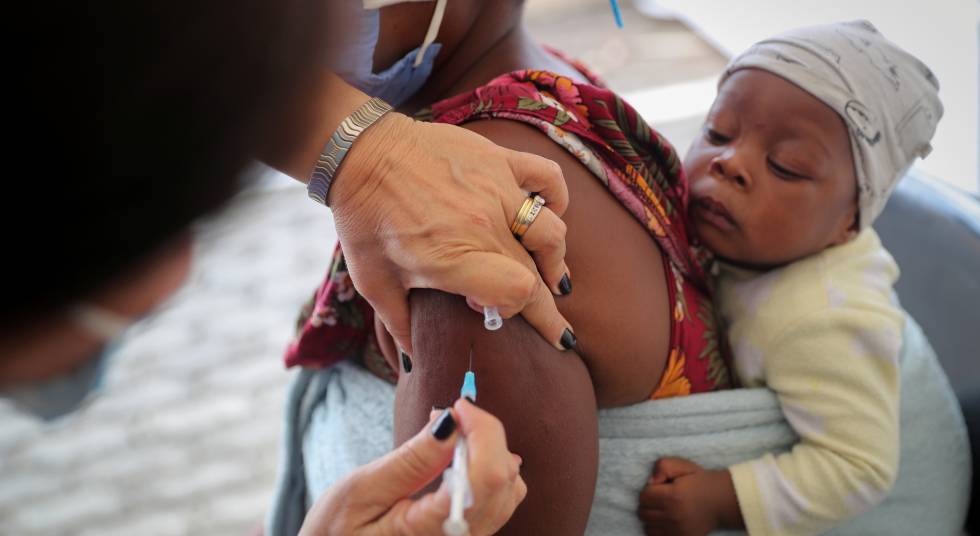 The response to the new variant of the coronavirus, omicron, whose first sample was identified last November 9 in South Africa, has been the resounding imposition of bans from countries around the world to travel there. The first governments to cancel direct flights to the African countries of South Africa and Botswana – which quickly reported their information on the find – were the United Kingdom, France and Israel. Very shortly after, the president of the European Commission, Ursula von der Leyen, after thanking South Africa for the “speed and transparency” in reporting on the new variant to encourage research by scientists around the world immediately, asked for the cancellation of all flights to and from South Africa. The African country, with one of the best virus sequencing programs in the world, was also praised by the World Health Organization (WHO) itself for the speed and effectiveness with which it reported the existence of the virus. That is why cutting communications with him sends the absurd message, as the country itself has denounced, that it could be being punished precisely for its transparency and scientific development. But it is not science, but political discretion and irresponsibility that are promoting this punishment on the continent and the hoarding of vaccines by the richest countries.

While in the most privileged states the third dose is already injected, in Africa less than 8% of a total population of 1.3 billion is fully vaccinated. The WHO itself has urged governments to make science-based decisions, and this week South African President Cyril Ramaphosa spoke of “vaccine apartheid” to draw attention to more developed nations to fight a global epidemic since the inconsistent instinct to protect themselves, forgetting that they can only do so fully if they protect and help the poorest nations. The WHO has also warned: no one will be safe unless every country on the planet is. Nor has the ban on flying to Africa slowed its spread abroad, as the appearance of the first cases in Austria, other European countries and Israel has shown.

The coronavirus affects the economies of all nations, their health systems and citizens around the world. However, the expectation of stimulating a new form of global thinking has collided with the opposite: a new inequality gap. The unvaccinated populations of the lowest income countries are being hit hard, while the countries of the global north act to their own advantage and erratically.

The decision not to travel to African countries not only will not help defeat the new omicron variant, but will also serve to deepen the north-south socio-economic distance. It is urgent to strengthen multilateral institutions that promote effective distribution systems for vaccines throughout the world, public funds to pay for them or the implementation of intellectual property exemptions that allow their local production. The omicron variant should serve as a turning point to change the methodology and mentality of the global fight against the pandemic.