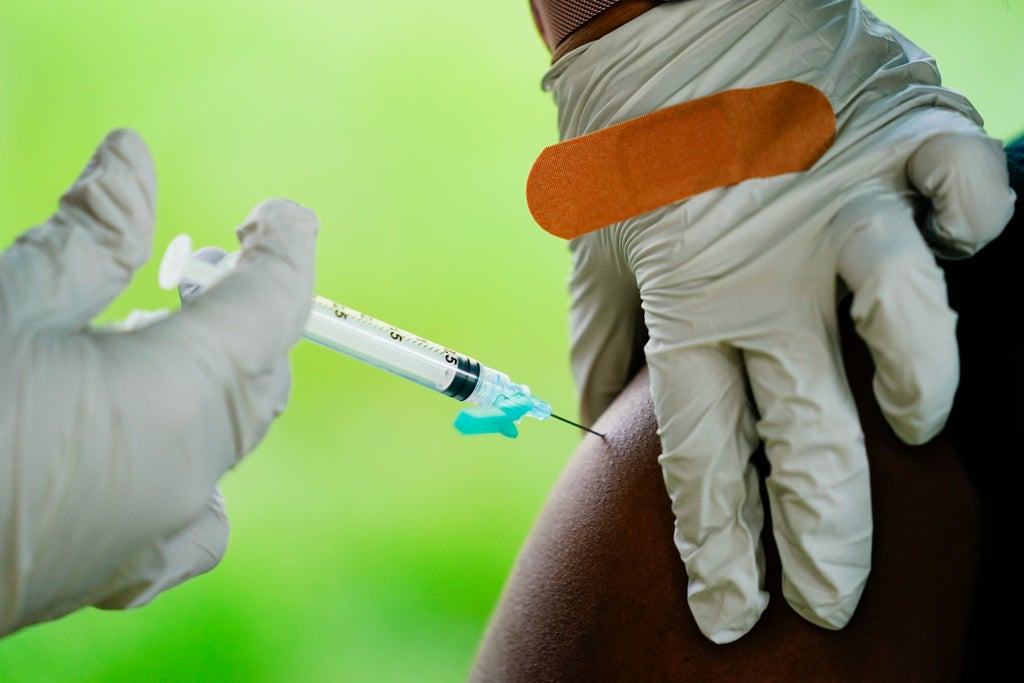 The Biden administration is telling Congress that it needs an additional $30 billion to press ahead with the fight against COVID-19, officials said Tuesday.

Two people familiar with the administration’s plan confirmed key details: $17.9 billion for vaccines and treatments, $4.9 billion for testing, $3 billion to cover coronavirus care for uninsured people, and $3.7 billion to prepare for future variants. They spoke on condition of anonymity to discuss deliberations between the administration and lawmakers about the supplemental funding.

Separately, Republican Sen. Roy Blunt of Missouri told reporters he’d spoken with Health and Human Services Secretary Xavier Becerra, and that “I think they are going to be proposing a $30 billion supplemental.”

“While we continue to have sufficient funds to respond to the current omicron surge in the coming weeks, our goal has always been to ensure that we are well prepared to stay ahead of the virus,” she said.

According to the nonpartisan Committee for a Responsible Federal Budget, Congress has already approved $5.8 trillion to battle the pandemic in a series of major bills spanning the Trump and Biden administrations. That’s not counting actions by the Federal Reserve to help keep the economy going.

Psaki said most of the money from President Joe Biden’s 2021 coronavirus relief bill has been spent or allocated, with 90% going for such priorities as vaccines, testing and support for schools.

It’s unclear how the new request for supplemental funding will fare in Congress. Republicans would like to see more COVID-19 relief for businesses still struggling with the pandemic, while Democratic progressives want a better effort to vaccinate the rest of the world.

Blunt said senators had asked the administration how other COVID-19 dollars had been spent, “and frankly, in the categories they are asking for money, the other money has all been spent or committed.”

Humanitarian groups, along with dozens of Democratic lawmakers, have been pressing the Biden White House and key committee leaders in Congress to provide billions of dollars for global vaccination efforts. They argue that it will help fend off another coronavirus variant that could race around the world with deadly consequences.

While vaccine doses are starting to become more plentiful, the infrastructure to put shots into arms remains inadequate in many poorer countries. It’s leading to vaccines being wasted, advocates say.

“Dose production is ramping up but there has not been a complementary investment in the health system to get those doses into arms,” Rachel Hall, who heads US government advocacy for the aid group CARE, said in a recent interview. “We are about to see a global mess because we have not been investing in the delivery system.”

According to a CARE analysis, 32 out of 92 low-income countries that receive vaccine donations have used less than half the doses delivered. Among them are Nigeria, which has used 34% of doses delivered, Afghanistan, 46%, and Haiti, 39%.

Psaki acknowledged the problem at Tuesday’s White House briefing. “A big part of our effort right now, and where we have seen challenges is turning vaccines into vaccinations,” she said. The logistics involve “hyperlocal issues,” she said.

The administration’s plan to ask for more money was first reported by Axios.