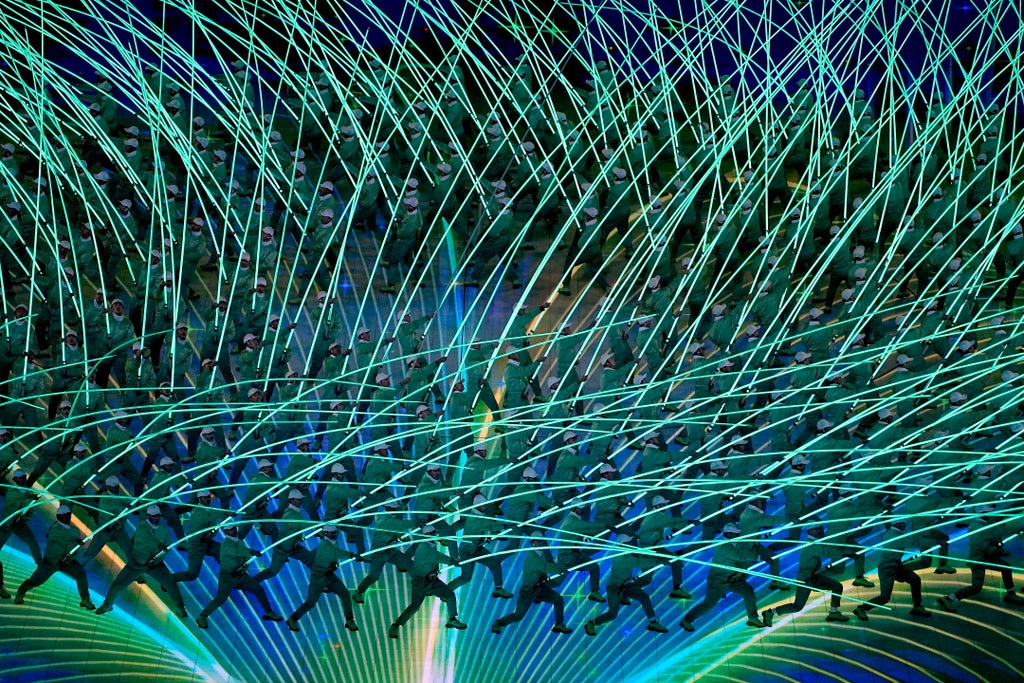 UKRAINE-NATO-EXPLAINER — At the core of the Ukraine crisis is a puzzle: Why would Russian President Vladimir Putin push Europe to the brink of war to demand the West not do something that it has no intention of doing anyway? Russia says NATO must never offer membership to Ukraine — but NATO is not even close to making such an offer. By National Security Writer Robert Burns SENT: 940 words, photos.

For full coverage of Ukraine.

REPUBLICAN MEETING — This week at the Republican National Committee’s winter meeting, party leaders made clear through their actions, if not words, that the GOP is choosing to serve former President Donald Trump and his political interests ahead of the next presidential election. That’s even as the RNC’s rules require the committee not to pick favorites in a contested primary. By Sam Metz and Steve Peoples. SENT: 1,210 words, photos.

OLY-AUTHORITARIAN-OLYMPICS? — Thomas Bach the head of the International Olympic Committee, says the Olympic ideals show that even in a world full of conflict, people can build bridges and live in peace. Critics of Bach and the IOC say those ideals are nonsense, and talk of respect and bridge-building is overshadowed by Olympic officials cozying up to some of the world’s most powerful authoritarian rulers, and holding this year’s Games in a country of accused widespread human rights violations. By Tim Sullivan SENT: 1,11O words, photos. With OLY-BEIJING-OLYMPICS-THE-LATEST.

OLY-NORTH-KOREA-ABSENSE — During the last Winter Games, North Korea basked in the global limelight in South Korea. Hundreds of athletes, cheerleaders and officials pushed hard to woo their South Korean and US rivals in a bid for diplomacy that has since stalled. Four years later, on the eve of the 2022 Winter Olympics in its main ally China, North Korea is making headlines again. This time it’s with a high-paced run of missile tests. And it doesn’t plan to send any athletes and officials. Experts say North Korea will likely temporarily halt its testing activity during the Games but launch bigger weapons once the Olympics are over. SENT: 1,260 words, photos.

PERSIAN-GULF-TENSIONS-ANALYSIS — The wars of the wider Middle East that long surrounded the United Arab Emirates now have encroached into daily life in this US-allied nation. Yemen’s Houthi rebels have launched missile and drone attacks since January targeting the Emirates. American forces at Al-Dhafra Air Base in Abu Dhabi twice have opened fire with their own Patriot missiles to help. Now more US personnel and equipment are on the way there. This has American troops in the crosshairs of the Houthi attacks. By Jon Gambrell. SENT: 1,030 words, photos.

OLY-BEIJING-OUTSIDE THE BUBBLE — Beijing residents gathered outside in droves on a below-freezing Friday night to try for a glimpse of the lit-up Olympic stadium and the fireworks during the opening ceremony for the 2022 Winter Games. Tickets are not being sold because of the pandemic, and only selected spectators are able to attend. To contain any outbreaks, authorities have also walled off the venues to prevent participants from coming in contact with the general public. SENT: 450 words, photos.

OLY-BEIJING-SNAPSHOT-TOGETHER-APART — The ever-present slogan that governs these Winter Olympics is meant to evoke the ideal of one world. In reality, it’s two. Bus shelters, buildings and the walls that form the membrane of the Olympic bubble all exhort: “Together for a shared future.” But the Chinese residents waiting in front of these hoardings, bundled up against the frigid temperatures, are solidly out of the loop. At the opening ceremony, International Olympic Committee President Thomas Bach declared that the mission of the Olympics rested in “always building bridges, never erecting walls.” But with ticket sales closed to the public, the locals are walled out of their Olympics figuratively and literally. SENT: 300 words, photos.

NEO-NAZI-PROTEST ARRESTS — Three people have been arrested days after a Jewish passerby was attacked by a group of self-proclaimed neo-Nazis who yelled antisemitic slogans outside a central Florida shopping plaza over the weekend, authorities say. SENT: 420 words.

See also  Outlander Season 6: Release date, premiere tickets, cast, how to watch and when it will premiere at Glasgow Film Festival

MORE ON THE VIRUS OUTBREAK

VIRUS OUTBREAK-VACCINES — A federal advisory panel voted unanimously to continue to endorse Moderna’s COVID-19 vaccine for adults, now that US regulators have given the shots their full approval. SENT: 200 words, photo.

WAFFLE-HOUSE-SHOOTING — A man who shot and killed four people at a Nashville Waffle House in 2018 was found guilty on four counts of first-degree murder Friday by a jury that rejected his insanity defense. SENT: 760 words, photos.

UNITED-NATIONS-SUDAN-DARFUR-LIBYA — UN experts say rebel groups in Darfur that signed a peace agreement with the Sudanese government in 2020 continue to operate in Libya and benefit from opportunities provided by the civil war and lack of government control in the oil -rich North African nation. SENT: 730 words, photo.

MALAYSIA-MAHATHIR — Former Malaysian Prime Minister Mahathir Mohamad was discharged Saturday from the National Heart Institute two weeks after he was admitted and will recover at home, the hospital says. SENT: 230 words, photo.

SPACEX-PARACHUTES — SpaceX and NASA are investigating sluggish parachute openings that occurred on the last two capsule flights. In both cases, the sluggish parachute eventually opened and the capsules splashed down safely from the coast of Florida. SENT: 320 words, photo.

FILM-JACKASS FOREVER-STEVE-O — Steve-O will forever be known for his exhibitionist antics on “Jackass,” but with 12 years of sobriety, a rising stand-up career and a new book on the way, the 47-year -old is still evolving. SENT: 950 words, photos.

FBC–NCAA-ATHLETE COMPENSATION — With millions of dollars pouring into endorsements for college athletes, the latest battleground in the recruiting wars is the statehouse: A handful of states are already considering changing barely-dried rules to help their flagship schools land — or keep — top prospects. By Jim Vertuno. SENT: 1,000 words, photos.