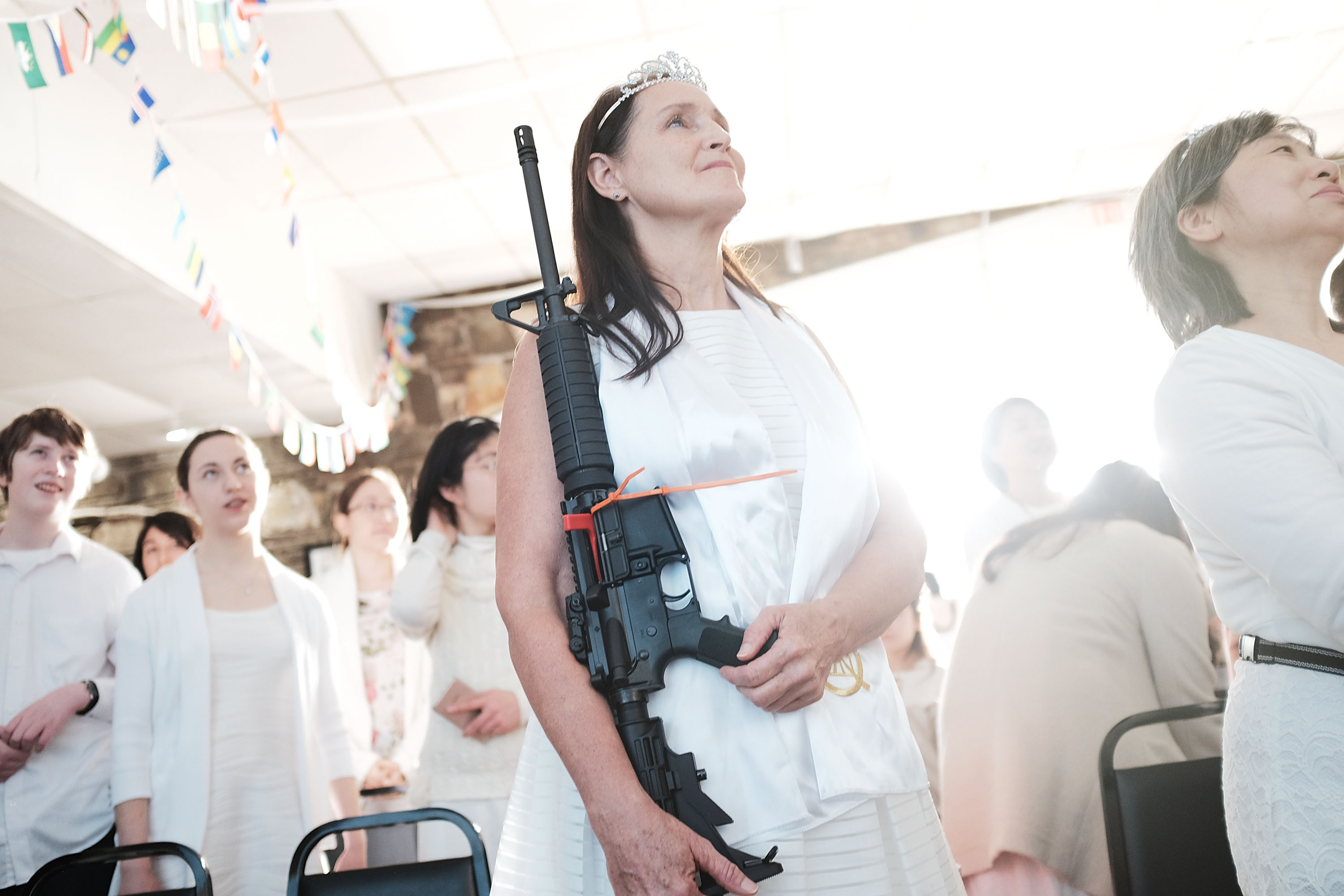 The richer and deeper the knowledge seems that the more stubborn ignorance becomes. Never has knowledge been more accessible than now, and never have science and technology been so effective in investigating the nature of a lethal virus and devising vaccines and treatments against it: but it seems that the older they are the advances, the greater is also the reactive effect of obscurantism. A statistical study recently cited by The Economist has revealed a correlation, in the United States, between the defense of the right to carry firearms and the belief in a cosmic struggle between Good and Evil and in the existence of the devil. In the United States, and especially in the South, with its biblical and apocalyptic religiosity, the purchase of firearms multiplied during the pandemic. Carrying a gun should be a more effective sanitary measure than putting on a mask, especially if the Bible is carried in the other hand. But in secular, rich and cultured Europe the denial of vaccines makes us vulnerable again, and in many of those responsible for science and public health there is a discouragement that aggravates the exhaustion of a long struggle: it is discouragement faced with that incorrigible propensity of many human minds not to accept the data of reality and not to exercise reason, not to see what is in front of the eyes, to be suspicious of people endowed with knowledge and proven credentials and to deliver at the same time your trust to swindlers, witches, seers, letter casters. In other times misery and backwardness perhaps made the primacy of superstition inevitable. When nothing is known about the laws of nature and defenses against disease and catastrophes are lacking, anyone can believe in the evil eye and rely on incantations and miracles. Now, at least in our part of the world, education makes fundamental knowledge accessible to the vast majority, and almost at every moment of daily life the reliability of scientific knowledge and the technologies derived from it can be verified.

Many years ago, before the time of the internet, a piece of news I read about the communications established with the Earth by Russian cosmonauts who spent months in the space station caught my attention.

The worst thing is not that obscurantism denies science and rationality: it is that it returns them to its service. Many years ago, before the times of the Internet, a piece of news I read about the communications established with the Earth by Russian cosmonauts who spent months in the space station caught my attention. Aside from their families, it turns out that they mostly communicated with their personal sorcerers and astrologers. They made astrophysics and astrology compatible, in the same way that several centuries earlier Isaac Newton had continued to practice alchemy while elucidating some fundamental laws of physics. Galileo Galilei, father of the experimental method, explorer of the craters of the Moon and of the acceleration of bodies, was also a devotee of the Virgin of Loreto, and once made a pilgrimage to her sanctuary, turning on his knees to the birth house of the Virgin Mary, miraculously and opportunely transported from Bethlehem to Italy by angels, when she was about to be demolished by some impious Saracens.

See also  'Feline Philosophy' by John Gray: Philosophers have a lot to learn from cats about the meaning of life | Babelia

When the Internet burst, the professionals of technological optimism predicted that a new era was opening as of universal enlightenment, free from the presumed tyranny of the traditional holders of knowledge, as well as the need for any effort, learning or discipline: they would not be necessary and newspapers, because thanks to the internet anyone could be a journalist; the teachers were already superfluous, because many were older and clumsy and what they tried to teach was either useless or the students, digital natives, were already learning on their own; and it was not even necessary to study or learn anything —those fearsome and neglected “contents” – because any information that one needs is within the reach of a click on the Internet. It is like saying that it is not necessary to make an effort to learn a language, if Any word or phrase can be instantly translated on the phone screen. The longstanding alliance between psychopedagogues and political commissars had had devastating effects on education: now it has been joined by the happy idolaters of technology, who render such good services to those three or four monopolies that now dominate the world.

During the pandemic we have discovered, in case we did not know, the value of public health. But just as decisive is that of public instruction, because we are seeing that militant obscurantism causes infections and deaths, and makes us as vulnerable to the covid virus as to demagoguery and irrationality, which are the political equivalents of esotericism. of quackery, of pseudosciences. You vote for a populist demagogue for the same depraved mental confusion for which you go to a tarot reader or an astrologer, looking for magic remedies to real problems or to fantasies or delusions. On the internet there are articles of great seriousness that teach how to distinguish a rigorous tarot reader from an imposter. In Barcelona, ​​according to this newspaper Jesús García Bueno, a woman has denounced a famous tarot reader for having threatened and harassed her after charging her more than 30,000 euros with the promise that he would help her get out of her financial troubles. When the woman came to her, the diagnosis of the tarot reader was final: “You have the evil eye, you carry a dead person on your back and your dogs are going to die.” The remedy for those troubles included the intervention of a “road opener”, who would pray daily for several hours to dispel the curse, as well as the trip of an exorcist to Jerusalem, in order to bury there some necklaces of the dogs and some socks of this woman. As his bank account was blocked, to pay the tarot reader he went to his own pension fund. But this woman is not a poor ignorant: she has a law degree and worked as a teacher until her retirement. She says she was so desperate that if the tarot reader had asked her for 100,000 euros, she would have been able to steal to get them. Even the most vigorous organism can be defeated in a short time by the attack of a virus. The human mind is so prone to unreason that it must be strengthened without rest with the discipline of common sense and knowledge, with the antibodies of freedom of spirit sharpened by the continuous learning of the rational and the real.